The National Farmers Union and a senior Republican senator added their voices Wednesday to complaints that a U.S. Solicitor General brief to the Supreme Court undermines the U.S. government's science-based regulatory approach for crop protection products.

As DTN reported Monday, 54 agricultural groups sent a letter to President Joe Biden calling on him to withdraw the court brief Solicitor General Elizabeth regarding a petition to the Supreme Court filed by Bayer AG over a verdict in a Roundup cancer lawsuit. Bayer is challenging a California law and requiring glyphosate (Roundup) to label the product as a "chemical known to the state to cause cancer" because of a decision from a group for the International Agency for Research on Cancer (IARC). California wants the label despite EPA determination that glyphosate is not carcinogenic.

The Supreme Court had asked the Solicitor General to weigh in on the case before court decides whether to grant a hearing on it.

National Farmers Union, a Democratic-leaning group, weighed in with a separate letter also expressing concern with the Solicitor General's "recent change in long-standing policy" affecting the crop-protection tools farmers rely on. Like the letter signed by the 54 other groups, NFU noted the brief undermines the country's science-based regulatory approach, "and may decrease farmers' access to products essential to their operations." NFU also asked for the Biden administration to withdraw the brief "and consult with the U.S. Department of Agriculture (USDA) regarding the implications of the decision taken in the brief."

The NFU letter was written by NFU President Rob Larew, who added, "This new policy could create an unworkable patchwork of state labeling requirements and runs counter to the science-based regulation farmers rely on to access safe and effective products for their operations."

Farm groups and Bayer AG in its own court brief stressed that Congress enacted the Federal Insecticide, Fungicide and Rodenticide Act (FIFRA) to install in EPA the authority to determine pesticide labels.

Sen. Chuck Grassley, R-Iowa, also spoke on the U.S. Senate floor Wednesday as well. Given the need for productivity for global food security, Grassley said, "Washington, D.C., must provide farmers across the country a consistent policy when it comes to the regulation of inputs and crop protection products."

Grassley added, "When it comes to the regulation of these products, public policy must be based on the best science available to make informed decisions. Science-based decisions shouldn't surprise anybody in this town."

Yet, maybe Grassley was adding irony when he added, "Science was the golden rule in every coronavirus decision."

On the Solicitor General's brief, Grassley added, "If the court effectively adopts the SG's position, and that of the lower court, it will fundamentally disrupt the federal regulation of use and warnings under FIFRA related to substances that farmers rely on every day.

Agriculture Secretary Tom Vilsack testifies Thursday before the Senate Agriculture Committee. While Vilsack doesn't control the Solicitor General or EPA, it's likely senators will be asking Vilsack how he is weighing in on this administration decision, especially given the letters from farm groups.

The case file, Monsanto Co. (Bayer AG) v Edwin Hardeman, has been distributed to Supreme Court justices for the High Court's June 9 conference to determine if the court will take up the case. 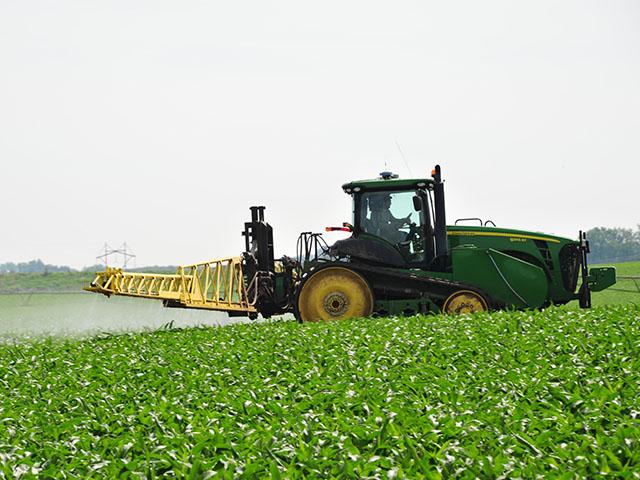