OMAHA (DTN) -- U.S. Trade Representative Katherine Tai on Wednesday met with Mexican cabinet officials over agricultural issues and stressed the need for Mexico to immediately resume approvals for biotechnology crops and the potential benefits of Mexico aligning with U.S. policy on ethanol. She also asked about the status of access for U.S. fresh potatoes to enter the Mexican market.

Tai was in Mexico City for trilateral events to mark the one-year anniversary of the United States-Mexico-Canada Agreement (USMCA), according to a statement from her office. Tai met with Mexico's Secretary of Agriculture and Rural Development Victor Villalobos and Secretary of Economy Tatiana Clouthier. Tai highlighted the significance of bilateral agricultural trade between the U.S. and Mexico.

Tai hit on three main themes with Mexican officials. First, she "emphasized the importance of Mexico immediately resuming the authorization of biotechnology products," her office stated.

"Ensuring producers in the United States and around the world have access to innovative tools to reduce emissions, sustainably increase production, and deploy climate-resilient technologies will be critical to ensure agriculture can be a solution to climate change," O'Mara said. "Mexico has not issued a new biotech approval in over three years and, if this continues, farmers won't have access to these tools. BIO looks forward to working with the administration to support efforts that resolve this issue in a timely manner, including USMCA enforcement as necessary."

Tai also asked about the status of expanding access for fresh U.S. potatoes to the Mexican market. Mexico's Supreme Court ruled unanimously in May and overturned a lower court ruling in the country. Going back to 2003, Mexico has limited imports of fresh U.S. potatoes to an area around 16 miles from the U.S.-Mexican border. That restriction protected Mexican potato growers from competition but also went against Mexico's obligations under the North American Free Trade Agreement. Mexico started to open access in 2014, but that move was blocked by the lobby group for Mexican potato growers.

"Over the past two decades, we've heard Mexico make numerous promises about living up to their end of trade agreements, only to backtrack under domestic political pressure and continue to prevent fresh U.S. potatoes from gaining full access to their country," Quarles said. "We continue to urge the ambassador and secretary to maintain a 'trust but verify' stance with Mexico to ensure their market isn't just temporarily opened, but instead remains open to high quality fresh U.S. potatoes."

Lastly, the office of USTR stated Tai and Mexican officials "also discussed the potential mutual benefits of aligning Mexico and the United States' policy on ethanol gasoline blends." Mexico bought $118.7 million in U.S. ethanol in 2020 -- roughly 75 million gallons -- but sales from January through May are down 53% from the same period a year ago.

USTR also stated Villalobos and Clouthier discussed with Tai issues involving the conservation and protection of a small rare marine mammal, the vaquita, as well as illegal fishing in the Gulf of Mexico and sea turtle bycatch. USTR stated the officials agreed to fully implement and enforce environmental standards under USMCA.

Tai also later participated in a roundtable with Clothier and Canada's Minister of Small Business, Export Promotion and International Trade Mary Ng. Tai had met with Ng on Tuesday when they also discussed issues such as softwood lumber and dairy. 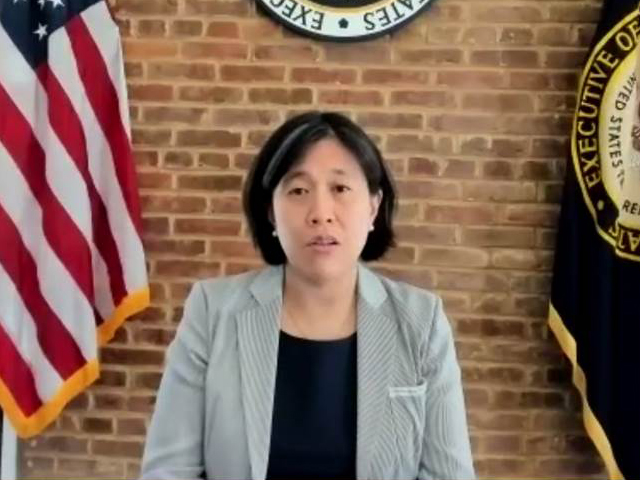