At a time when corn is trading well above $5 per bushel and soybeans are over $14 per bushel, it sounds odd to be talking about leveling the playing field with China, but don't let the high prices fool you. China presents a new set of long-term challenges for U.S. agriculture that this country has never faced. So far, those issues are not being addressed.

To grasp the challenge China presents, start with the economic miracle that's happened right before our eyes over the past 30 years. According to World Bank, China's GDP was a slim $318 per capita in 1990 (https://data.worldbank.org/…).

Along with China's phenomenal growth, the World Bank says 850 million people have been lifted from extreme poverty since 1978, defined as living on less than $1.90 a day (https://www.worldbank.org/…). That magnitude of change in such a short time is far beyond anything Adam Smith could have dreamed of.

It is also surprising that this happened in a communist country, but this is not Chairman Mao's China. Today, the Communist Party remains in the driver's seat, but the economic engine under the hood looks a lot like capitalism -- a unique experiment in world history.

The obvious difference between the U.S. and China is the number of people: China's population is more than four times larger, in excess of 1.40 billion. Try as it might, China does not have the fertile land mass it needs to supply its own food. That lack is made more difficult by rising incomes, demanding more protein in the diet. China's dependence on others to supply the food it needs is one of its competitive disadvantages.

Although there are warning signs moving forward, trade with China is not a bad thing. After enduring long stretches of surplus grains and low prices in the U.S. in the 1980s and 1990s, China was a welcome source of growing demand for U.S. ag products and still is today.

It is important to remember that China took the first steps to open up its economy, liberalize trade and allow foreign investment, long before the West set out its own requirements for China to join the World Trade Organization in 2001. A helpful paper on China's reforms, "China's Embrace of Globalization," was written by economists Lee Branstetter and Nicholas Lardy in July 2006 for the National Bureau of Economic Research and can be found here: https://www.nber.org/….

As Branstetter and Lardy noted, along with the many reforms China accepted, it did hold on to a few exceptions, considered vital to national interests. The state would maintain control of trade in crude oil and refined products, fertilizer, cotton, grain, vegetable oil and a few other products (p. 22).

The same year China was admitted to the World Trade Organization, China bought nearly 200 million bushels (mb) of soybeans from the U.S. for a little over $5 per bushel. The quantity doubled by 2003 and doubled again by 2009. In 2016, China purchased 1.325 billion bushels (bb) of soybeans from the U.S., the largest U.S. soybean purchase by any country in a single calendar year -- even larger than the 1.270 bb of soybean exports the U.S. shipped to China in 2020.

Less than a month ago, USDA estimates Brazil -- the world's largest soybean producer -- was left with 57 mb of soybeans at the end of its most recent marketing year, an amount that was supplemented by imports. By Aug. 31, 2021, USDA estimates the U.S. will have 120 mb of ending soybeans on hand. With no sign of significant price rationing yet, the actual ending total is headed even tighter and will likely require the U.S. to import beans this summer.

For anyone that wants to put the pieces of the puzzle together, it's not difficult to see that the world's single largest user of corn and soybeans for feed demand now carries a bigger stick for influencing prices and supplies than any customer the U.S. has ever faced. There is no reason to panic, but the U.S. needs to soberly recognize the challenges ahead and make adjustments to trade policies that were not designed for this brave new world.

The primary concern behind the recommendations I'm about to make is that a powerful, foreign central government is orchestrating the activities of state-owned and state-influenced companies that are operating freely in U.S. ag markets with little knowledge on our part of their grain supply situation. In poker terms, China's big trade advantage is that it keeps its cards close to the vest, while the U.S. freely shows all its cards -- an arrangement that is costing U.S. agriculture billions of dollars in lost revenue.

We can't blame USDA for not knowing China was in the midst of a shortage of feed grain and oilseeds, as it simply doesn't have the access or resources for the task. However, the mere fact that China could fool the agency for months while buying grain on the cheap speaks to the potential cost to U.S. farmers that China's actions pose.

The following list of recommendations is not exhaustive and is meant to help level the playing field for U.S. ag trade policy. Those more knowledgeable on matters of trade have an open invitation to add to this conversation (my email is listed at the end of this article). My hope is that this will stir the pot, get people talking and, who knows, maybe even bring about some useful change.

-- No more unknown designations for U.S. export sales from any country. Foreign agents need to identify themselves at the point of sale.

-- Any cancellation of a previous export sale should be charged a national restocking fee; large enough to discourage further cancellations and stop the practice of risk-free trades that are intended to game the market.

-- All U.S. futures accounts owned or controlled by foreign nationals should be identified by country as a subset of commercial or noncommercial positions in CFTC's Commitments of Traders report. If Chinese nationals are holding large positions in U.S. futures markets, the market has a right to know.

-- The World Agricultural Outlook Board should stop posting estimates of ending grain stocks for any country that is not able to provide credible evidence. A designation of "Not Available" is better than posting an unreliable number.

-- I admit, this one is not easy, but some mechanism needs to be created to prevent aggressive importers from emptying out U.S. grain supplies. Just as U.S. grain producers get help during times of surplus, domestic end users of grain should also be afforded some protection during times of unexpected shortage.

-- The U.S., possibly in conjunction with Brazil and Argentina, needs to maintain an open dialogue with China, nudging China to become better at providing credible, verifiable grain and livestock supply information. Until a more level playing field of transparent market information can be established, the U.S. needs to consider whatever protective measures it deems necessary to protect U.S. farmer and rancher interests.

-- The Office of the General Counsel at USDA has stated all instrumentalities are considered foreign buyers, even though transactions may have been concluded by their employees in the U.S. or they maintain a place of business in the U.S. It is important U.S. exporters know they are required by law to report export sales to foreign agents by 3 p.m. EST, the next business day following the sale. If sales are not being reported in a timely manner, Congress should investigate and correct any loopholes.

I realize some will roll their eyes and sarcastically wish me luck getting the above changes made, but it's worth the effort. U.S. farmers and ranchers have enough challenges trying to grow our food, play by all the rules and make a living. Unfortunately for producers, corn won't always be $5 per bushel, and we need to be ready for rainier days.

If done correctly, these changes could help improve U.S. ag income over time, and they could help ease the resentment that has festered for years.

China and the U.S. are competitors, and they are beneficial trading partners. The more equitable we keep things between the two countries, the better chance we'll all have of making it through the 21st century. 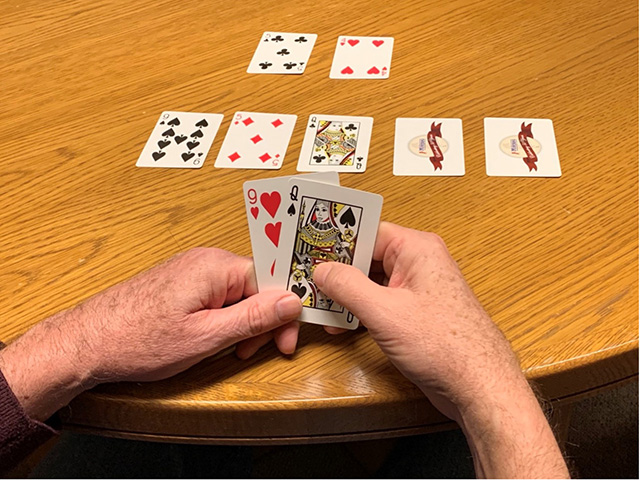