OMAHA (DTN) -- Every now and then, a large crop sale to China is announced that frequently comes with a statement reflecting that China is working to fulfill its phase-one trade deal commitments.

At this point, China would have to spend at least $4.8 billion each month on U.S. agricultural products to hit its initial commitment under the phase-one deal.

U.S. Trade Representative Robert Lighthizer is planning on holding a videoconference with China's vice premier to talk about the phase-one agreement on Aug. 15, according to the Wall Street Journal. The report stated a key element in the talks will be hitting China's target for agricultural exports.

China has a long way to go to hit the projected $36.5 billion or so promised for 2020. The U.S. Census Bureau reported last week China had bought $7.27 billion in U.S. agricultural products during the first six months of the year, about $433 million higher than the same period a year ago.

Agricultural exports overall aren't as strong as expected, regardless of whether the numbers are based on the calendar year, the marketing year or the fiscal year.

U.S. agricultural exports were reported down in June to $9.96 billion, the lowest sales total since May 2016. Combined with imports, the U.S. set a record monthly trade deficit in June at $1.13 billion.

As DTN's Washington Insider noted: "This marked the second month in a row for a new record trade gap for the sector that has historically recorded trade surpluses on a monthly and annual basis. June was the fourth month in a row with a trade deficit and marked the fifth out of the last six months that has happened."

In order to meet USDA's FY 2020 ag export forecast of $136.5 billion, exports would now have to average $11.43 billion from July through September.

July included at least two record-breaking corn sales to China, bringing China's total buys for the 2021-22 marketing year -- the new-crop -- to 5.72 million metric tons (mmt) (225 million bushels). Most of the purchases for China have been new-crop sales, which will not show up on census data until shipments actually move. China's corn buys garnered a lot of attention as Agriculture Secretary Sonny Perdue and others tweeted about the big buys.

"So they have been kind of aggressive on the new-crop corn, but in the scheme of corn, that's nothing," said DTN Lead Analyst Todd Hultman. "We've lost a lot more than that in ethanol over a single month."

Looking at soybean sales, the Census Bureau reports China had purchased $1.36 billion in beans, down 54% from the $2.95 billion China bought over the first six months of 2019. Overall, U.S. soybean exports for the 2019-20 crop are the lowest in at least six years, and potentially the past seven years, depending on how the 2019-20 marketing year ends.

"We're probably not going to make USDA's estimate of 1.65 billion bushels (bb) in exports for the current season," Hultman said.

Soybean sales for the new crop may need to move quickly. Brazilian farmers are seeing prices per bushel at 64 cents higher than U.S. beans right now. That's a two-year high for Brazil soybean prices as the country prepares for planting season. The Brazilian currency, the real, is also nearly 40% lower than a year ago, giving Brazilian soybean farmers another incentive to plant a big crop.

"China was such an aggressive buyer, they basically emptied the soybeans out of the country," Hultman said. "So they are looking at a very attractive price scenario heading to fall, and that's got everybody's planting estimates bumped up in Brazil because they are going to be so eager to get that crop planted."

One area where China continues to exceed expectations is in purchases of U.S. pork, which have exploded for the first six months of 2020. Through the end of June, the U.S. had sold $1.36 billion in pork to China, which is $62 million more than the U.S. sold to China in all of 2019. 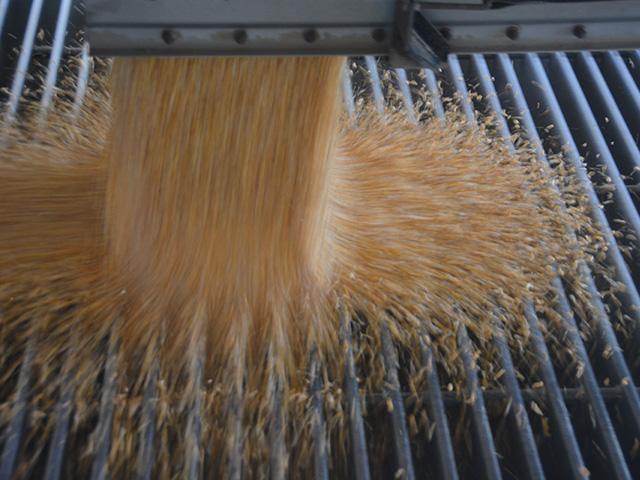