OMAHA (DTN) -- The search for a new Agriculture secretary continues to broaden as President-elect Donald Trump's transition team said Thursday that he will meet next week with Elsa Murano, a former Texas A&M president and a USDA undersecretary for food safety under President George W. Bush.

A Texan has never served as U.S. Agriculture secretary, but Trump and the transition team seem focused on Texans as possible Agriculture secretary picks. Besides Murano, Susan Combs, former Texas agriculture commissioner and comptroller, met with Vice President-elect Mike Pence earlier this week. Further, a spokesman for current Texas Agriculture Commissioner Sid Miller told DTN Thursday that Miller also is planning to travel either to New York or Florida next week to meet about the Ag secretary post.

"Commissioner Miller has had multiple conversations with Chairman (Reince) Preibus about meeting," said Todd Smith, a political consultant for Miller. "He was notified yesterday that he will meet between Christmas and New Year's. I'm sure Commissioner Miller will go wherever he is asked to go to facilitate that meeting."

But in Thursday morning's daily transition briefing call, Jason Miller, spokesman for the presidential transition team, specifically said Murano would meet with Trump next week about the Agriculture secretary position. Responding to a question regarding Murano, Miller said, "I don't have additional information on how Ms. Murano came to the president-elect's attention other than to say she comes very highly recommended from the information I have, and obviously her track record of running a major university really speaks for itself."

The statements indicate the decision on Agriculture secretary will carry into next week at the earliest.

Murano, 57, was USDA's undersecretary for food safety from 2001-2004. Consumer groups opposed Murano for the job because she had been a proponent of irradiation as a way to kill bacteria in meat.

Murano's tenure at USDA saw a decline in meat recalls, but Murano was also at the heart of USDA's response and changes at the Food Safety and Inspection Service as USDA dealt with the repercussions of bovine spongiform encephalopathy cases.

Murano then worked as vice chancellor and dean of Texas A&M's College of Agriculture and Life Sciences before becoming president of the university in 2008-2009. Murano remains a professor of food safety and nutrition at the university.

Murano was born in Cuba. Her family fled the country when she was a toddler, and she lived her early life in Colombia, Peru, El Salvador and Puerto Rico before her family moved to Miami.

Murano also has ties to Iowa as she worked as an assistant professor at Iowa State University from 1990-1995 before moving to Texas to take a position as associate director of the Center for Food Safety at Texas A&M where she later became director before accepting the USDA undersecretary position where she was USDA's highest-ranking food-safety official for four years.

Murano was the first Hispanic and the first woman to serve as president of Texas A&M, but she resigned after battles with the system chancellor that led to public, negative reviews over Murano's performance. The Houston (Texas) Chronicle reported just before Murano's resignation that Texas A&M Chancellor Mike McKinney accused Murano of not acting decisively and resisting ideas Murano doesn't agree with. http://www.chron.com/… 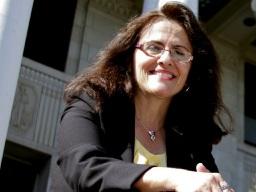