Sugarbeets are in the bullseye of the national GMO debate. Some are calling for a national law that would preempt Vermont's mandated labeling law from going into effect. Some companies have announced they will use their own labels while others are changing ingredients -- reformulating -- to avoid having a GMO label on their food.

When USDA announced on Wednesday it was allowing 200,000 tons more raw cane sugar into the U.S., the department stated, "America's beet sugar producers have made significant investments in a strong 2016 crop, but they continue to face uncertainty." USDA lifted some tariff restrictions and quotas "to maintain an adequate sugar supply in an uncertain market. This uncertainty is in part due to inaction on GE [genetic engineering] labeling legislation and lack of consumer information about genetic technology."

At a Senate Agriculture Committee hearing on Thursday, Sen. Thom Tillis, R-N.C., asked representatives from the Farm Credit Administration if they have factored in the risk of food-company formulation changes affecting the finances of farmers and processors.

"This represents a major risk in demand for the future," Tillis told the Farm Credit witnesses. Tillis added that ingredient reformulation by major food companies would shut down demand for commodities, specifically sugarbeets.

David Berg, president and CEO of American Crystal Sugar, said he wants to shoot holes in some of the comments being made about the sugarbeet industry, but he acknowledges sugar is unique because it's the one food item with two distinct GMO and non-GMO production methods.

"Sugar is on the tip of the spear, because there is no other crop or food ingredient that I can think of where a buyer can simply say, 'I want non-GMO so I will simply go to cane sugar,'" Berg said. "You can't do that with corn in most instances. You can't do that with vegetable oil or some other products. It doesn't mean they aren't there, but the products aren't as readily available as sugar cane."

"Beet sugar demand is not down, because it will go up or down based on the size of the crop," Berg said. "We feel we have lost 2.2% of our total customer volume to cane sugar for GMO reasons -- 2.2% of our volume has switched to cane because of GMO reasons." In addition, Berg said there has been some reduction in beet sugar deliveries in 2016.

Duane Grant, who grows about 7,000 acres of sugarbeets near Rupert, Idaho, is chairman of the board for Amalgamated Sugar, the nation's second-largest sugarbeet processor, behind only American Crystal. Grant said the issue of GMO reformulation is overblown. The potential uncertainty is causing some customers to postpone purchasing decisions, but beet refiners continue to run at capacity.

Grant noted there is a price difference right now between cane and beets. USDA's Economic Research Service, tracking prices from Milling and Baking News, has reported a spread in the spot price for sugars from 3 cents to 5 cents. As of May 6, sugarbeets were at 30 cents to 31 cents a pound while cane was at 33 cents to 36 cents. That's one of the larger spreads, but not the largest since early 2012.

"Some customers have said if cane is tough to get, they would be happy to switch to beets and get a price break for it," Grant said. "So the market is still evolving."

"The change was just dramatic. We were able to park our plow and go to no-till farming techniques. We were able to close the door on the insecticide and herbicide shed and stop using a mixture of six or seven different herbicides."

Luther Markwart, executive vice president of the American Sugarbeet Association, said there are two different issues regarding the raw sugar market for cane refiners and the GMO reformulation issue.

USDA's order to increase imports of cane sugar by 200,000 short tons included 60,000 tons from Mexico. Another 140,000 will come from any countries already holding a quota to export sugar into the U.S. USDA said there was a 500,000-ton shortfall in the U.S. sugar cane production.

Sugar importers were upset over the trade commission's ruling last September, but the U.S. sugar industry praised it, expecting it would hold the limit on Mexican imports.

The U.S. imports 1.3 million to 1.7 million tons of sugar from Mexico annually, but U.S. sugar growers complain because the Mexican sugar industry isn't willing to ship enough lower-quality sugar that can be further refined by U.S. refineries. Those U.S. refiners then become starved for business and push for further imports of raw sugar to keep operating.

According to the latest World Agricultural Supply and Demand Estimates, the U.S. is already set to import 3.48 million short tons through various country trade quotas -- up 7% from the 2015-16 crop year. The total includes 1.758 million tons from Mexico, which will increase its exports to the U.S. for 2016-17 by 26% over last year.

The Sweetener Users Association welcomed USDA's decision to increase raw sugar imports by 200,000 tons, declaring it would ease "uncertainty in the U.S. sugar market caused by America's broken sugar policy." The U.S. Sugar Alliance, which represents both cane and beet growers and processors, was lukewarm to USDA's decision, stating that the department has a challenging job given the pressures from food processors to lower prices, more subsidized Mexican sugar being sold globally, and the "unstable conditions on the heavily-subsidized world market."

Industry leaders note sugarbeets are facing some turbulence because of the lack of a federal bill on biotech food labels. So companies are switching to cane to avoid putting on a label in Vermont.

"The impact of that today is relatively small, but it is something that could grow and it has grown a bit already," Duane Maatz, executive director of the Red River Valley Sugarbeet Growers Association, said. Industry leaders are concerned about how refined sugar from sugarbeets would be treated under a GMO label law.

A National Academy of Sciences report released last week declared there are no added health risks from foods derived from genetically engineered crops. Still, the report also looked at other issues and noted food companies in Europe reformulated food products to avoid using a GMO label.

"That would be exactly the concern we would have," Maatz said. "Is that going to happen? I don't know. We think there has been more acceptance of GMO in the market."

Sugarbeet growers have been highly critical of chocolate manufacturer Hershey's for announcing last December that it was moving completely away from sugar refined from beets. They are doing so, even though there is no distinction between cane and beet sugar. Scientific studies have sought to distinguish refined sugar from glyphosate-resistant beets, non-GMO beets and sugar cane. They can't tell the different because the final extracted sucrose is the same. http://dld.bz/…

Markwart said the sugarbeet industry went through great pains in 2006 before converting to glyphosate-resistant sugarbeets to test samples from all over the world in an effort to show food companies and confectioners that the refined sugars from cane and beets are identical.

Vermont's law was scheduled to go into effect on July 1 and could fine manufacturers up to $1,000 for failing to label products. The state legislature there is advancing language that would delay a key part of the enforcement provision of that law for at least one year and at least prevent companies from putting labels on food that might be shipped before July 1.

"If Vermont were more the rule of the land, it would be a bigger problem," Markwart said. "But it's more of a minor issue now, but long-term if you don't get something that supersedes or preempts Vermont, then you've got a long-term problem."

Australia, New Zealand and Japan all have labeling laws for foods from genetically-engineered crops, but actually exclude products made with refined sugar from the U.S. because of the lack of difference in sugar.

"Part of this is American agriculture has not educated American consumers the way they should have," Markwart said. "It was always someone else's job to do and then you have got activists, frankly, out there scaring people and drive this out of the food system." 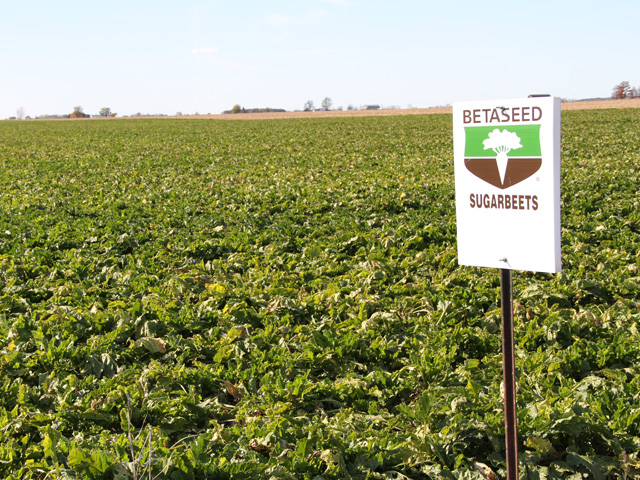