"They're just going to nickel and dime us down until we can't make any money at all! It costs money to maintain my equipment, you know. Gotta maintain minimum quality standards. Customers think it's some kind of game. It's not a game; it's my livelihood."

Does any of that sound familiar? No, it wasn't a farmer paying $300 per acre rent. It was Rabin, the Uber driver who drove me in his clean Toyota Corolla from the San Francisco airport into San Francisco itself, where thousands of his kind meander along the hilly streets, ready to pick up any smartphone-wielding passenger with near-instantaneous availability and a seamless financial interaction. It's such a luxurious system -- even better than having one's own chauffeur, which would require advance planning and coordination. Plus, Uber is cheap to use. The ride from the airport cost me $22. Even when there is a pricing "surge," setting the rate at 1.4 times the usual, for instance, to encourage more drivers to work during rainy weather or in a particular neighborhood, it's still typically cheaper to summon Uber than to take a cab or pay for parking.

That's great for consumers of the Uber service, just like $2 gasoline or $3 corn is great for consumers of those products. But it gets ugly for the producers. According to Rabin, he's paid $1.15 per mile minus a 25% commission. That's a little more than 86 cents per mile, and he figures his cost of production is 67 cents per mile. An analysis released by Uber in January 2015* showed that the average San Francisco Uber "driver-partner" earned about $26 per hour (before costs). "Driver-partners" in Chicago or Washington, D.C. earned between $15 and $17 per hour. The market rates have been cut since then.

Unfortunately, the app is set up in such a way that Rabin can't choose which trips to take. His worst example was an 80-mile fare to Santa Cruz, taking at least two hours in Bay Area traffic, for about $100 one way -- with no backhaul, as the truckers would say. If he refuses too many passengers from the Uber driver app that directs him, it will lock him out of the system for a period of time.

So, to review -- Uber drivers must accept whatever price the market is offering, which is not much more than their cost of production, and they have no easy way to push back against the market.

U.S. farmers can relate. They are seeing average cash bids for new crop 2016 corn somewhere around $3.50 per bushel and average new crop soybean bids around $8.35 per bushel. That is generally below the cost of production (inclusive of land and labor costs), and there is no easy way for farmers to push back against the market.

I pored over various land-grant universities' 2016 estimated crop budgets and local samples of today's cash bids for new-crop corn and soybeans. In the table below, you can compare estimated regional cost-of-production data against what a local market is offering for this year's grain, but bear in mind this analysis is pretty loose. The universities made fairly general estimates and I'm assuming good yields and average cash rent prices for each of the states (and irrigation costs in Nebraska).

In commoditized markets, all producers are delivering something indistinguishable from the goods or services of their competitors. A bushel of No. 2 yellow corn from Farmer Brown is the same as a bushel of No. 2 yellow corn from Farmer Smith. A standard Uber ride in Rabin's Corolla was completely unmemorable compared to a ride in Khaled's Honda Accord. There is a universal phenomenon in these commoditized markets -- prices will always, inexorably be whittled down until only the most efficient producers can still afford to stay in business.

In farming, efficiency may come from owning land outright or being able to pencil in lower take-home labor costs. Alternatively, any farmer who can grow yields per acre that exceed these average expectations can hope to tamp down his per-bushel cost of production into something that starts to look like profitability.

In Uber driving, "efficient" may seem somewhat synonymous with "desperate." My friends in San Francisco have noticed that lately many of the drivers aren't even from San Francisco, but instead drive into the city from 90 miles away in Modesto or other less-swanky inland communities. The number of competing Uber drivers in the U.S. skyrocketed from about 40,000 in January 2014 to 284,898 in January 2015 and may have continued upward from there.

Many of these drivers may be able to work for relatively low pay and few benefits for another reason -- this isn't their only source of income. I rode with an Uber driver in New Orleans who owned and managed rental properties and only worked as a driver in his free time. He's not alone; the company's analysis shows that 62% of Uber drivers have another job, either full-time or part-time. Producers with diversified "off-farm" income or "out-of-car" income may be better situated to accept low or variable profits from a secondary gig.

In either Uber driving or farming, at what point does a producer choose to opt out of the market? Nonparticipation may be the only feedback loop Uber drivers -- or farmers -- can use to push back against unprofitable market prices. As passenger demand increases, Uber really does need drivers to be present and available or else its customer base will learn not to depend on the service. So it will have to pay enough -- and only just enough -- to keep a critical mass of cars in service.

Farmers can opt out of the market by leaving acres fallow (unlikely) or by retiring or shutting down operations (some of this is happening). They can also push back by renegotiating rent and other input costs, but that's a feedback loop that can take years. Landlords may be resistant to trimming their rental rates, the biggest single piece of any cost-of-production calculation, but they need to realize that if present operators go out of business, they will indeed have to renegotiate with new renters, who may be increasingly reluctant to pay old rates if this low-price environment persists for several years.

Will it persist? Fortunately, that will be influenced by more than just the stubborn or sentimental willingness of producers to stay in business. It will also be influenced by weather, of course, and global demand for the crops.

In a Washington Post article about the Uber phenomenon, the company's senior vice president of policy and strategy is quoted as saying: "As long as demand keeps growing -- and we see no sign that it won't -- that means there are more riders, and that means drivers will be doing more trips per hour. The more efficient the Uber driver is, the more money they're going to make."

* Hall, Jonathan and Krueger, Alan. "An Analysis of the Labor Market for Uber's Driver-Partners in the United States." January 22, 2015. 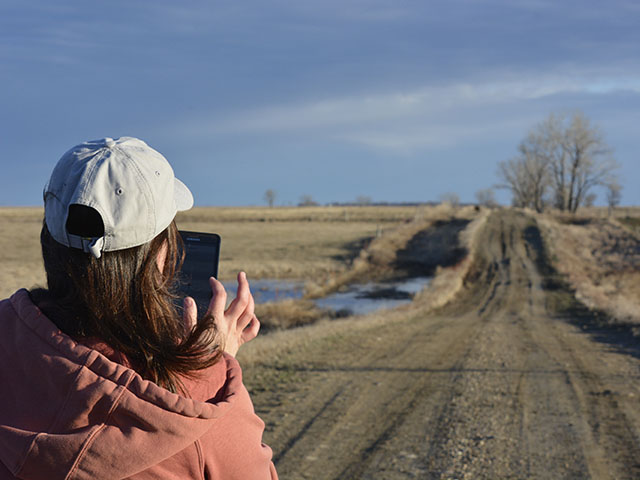