The long-running debate over the optimum row width for planting soybeans is again in play. Decades ago, growers in many areas rushed to the 7½-inch and 10-inch row spacing of drilled soybeans only to encounter poor emergence and other production problems that drove many back to the standard 30-inch rows of their corn planter. Now, better seeding equipment, new varieties and improved management practices are again luring growers to take another look at narrow rows.

“Generally, studies have found soybean yields to be higher with a row spacing narrower than 30 inches,” says Don Kyle, DuPont Pioneer research scientist in Princeton, Illinois. “The yield advantage of 15-inch rows compared to 30-inch rows typically ranges from 2 to 4 bushels per acre.”

LET THERE BE LIGHT. Kyle explains that light interception at flowering is critical to soybean yields and is the main reason for the yield boost. “The crop intercepts the maximum amount of sunlight when the canopy is fully closed, and that happens three weeks earlier in 15-inch rows than in 30-inch rows. This maximizes photosynthesis, which drives pod set--the factor responsible for 70% of the final yield.”

Ryan Van Roekel agrees. “The one thing you notice about high-yielding soybeans is that they have more pods, and that’s fueled by the quantity and quality of the light,” says the Pioneer field agronomist in south-central Iowa. “Growers sometimes take the sunlight for granted, but even though it’s free, you can’t afford to waste half of it by letting it hit the soil between wide rows when plants are in the critical flowering stage. The crop needs to be canopied at that stage of growth on or near June 21--the longest day of the year--and that’s more likely to happen in 15-inch rows.”

Today’s soybean varieties flower earlier and longer than those of the past, so that’s another benefit to establishing an early canopy, adds Kyle.

Weed control also benefits from the early canopy provided by narrower rows. “Herbicide-resistant weeds present a major challenge to many growers, and getting a full crop canopy earlier in the season can reduce their impact,” says Kyle. “Weeds won’t germinate in the shade of the canopy, so there will be less pressure following a residual herbicide applied at planting. Having a canopy three weeks earlier could save a postemerge herbicide application.”

Kyle, who is a soybean breeder, says there are other reasons the time may be right for narrow rows. “As soybean breeders have developed high-yielding varieties, they’ve indirectly selected for plants with smaller leaves at the top of the canopy. This lets more light into the middle of the canopy. Since plants in narrow rows tend to branch more, there are more lower leaves where photosynthesis can fuel the formation of more pods, resulting in higher yields.”

“We don’t believe most growers have to give up the yield advantage of narrow rows because of the threat from white mold,” explains Kyle. “Where the disease is prevalent, growers can select a tolerant variety; and reducing the seeding rate generally has a greater effect on the severity of white mold than increasing the row spacing.”

“Soybean seeding rates have come down in recent years, and we recommend the same population regardless of the row spacing, so there’s more space between plants in narrow rows, which can reduce the impact of white mold. Also, fungicides--including DuPont’s Aproach--will control the disease if applied in the initial flowering period,” adds Van Roekel.

The cost of equipment and availability of labor are also factors in the narrow-row debate. “Planters are generally favored over drills because they’ve traditionally provided better seed metering and placement, so the trend is to 15-inch planters,” says Van Roekel. He points out there are limitations on large farms because split-row planters capable of planting 30-inch row corn and 15-inch row soybeans are heavy and expensive.

“If labor is available to operate a second planter, growers may want to consider a dedicated soybean planter,” adds Van Roekel. “Soybeans are more forgiving as far as irregularities in the stand, so the soybean planter can be a less expensive unit. Many successful growers find this approach allows them to reap the yield benefits of both early seeding and narrow rows.” 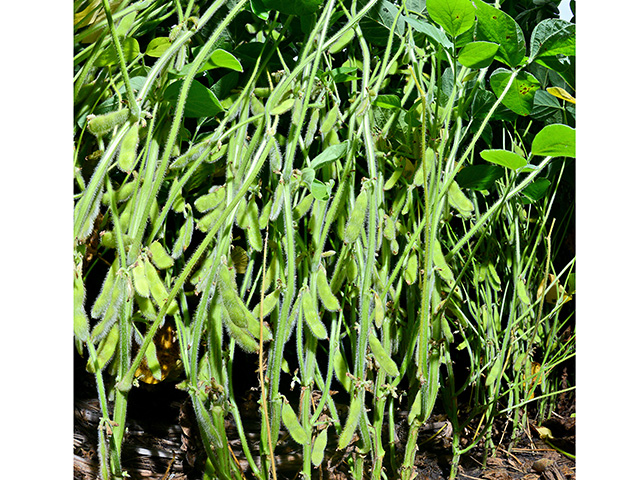