The feeder cattle market charged into this year's early summer sales and demanded attention as prices averaged anywhere from $20 to $30 per hundredweight more than last year. It wasn't surprising prices reached those levels, as we soberly understood we have a smaller beef cow herd than years past. But there was a level of disbelief that producers would get a win in today's market. Thankfully, despite outside market pressures and a lousy fat cattle market, the feeder cattle market has shown resiliency. However, as cattlemen look to the nearing fall, the question on everyone's mind is: Can the feeder cattle market maintain this supportive tone?

There are bullish factors laced throughout the feeder cattle market as we look to the second half of 2022, and to the 2023 and 2024 calendar years. For starters, the fact that July's inventory report shared that both beef cow numbers and beef replacement heifer numbers are the lowest they've been since 2014, and the second lowest in the last 50 years, is big news as a smaller cowherd inarguably produces a smaller calf crop. Second, next Friday the market will see another World Agricultural Supply and Demand Estimates (WASDE) report released and we'll be able to look at the market's outlook for beef production, beef imports and beef exports. The market's latest July's WASDE report shared that beef production was raised for the second half with lower expected carcass weights and lower third-quarter production being more than offset by higher fourth-quarter slaughter. Beef production for 2022 grew by 15 million pounds from June's report to total 27,922,000 pounds. Beef imports for 2022 (3,515,000 pounds) and 2023 (3,200,000 pounds) were unchanged from the June report, but export forecasts grew for both years on strong international demand. Beef exports for 2022 grew by 75 million pounds to 3,496,000 pounds and beef exports for 2023 grew by 40 million pounds to 2,980,000 pounds.

Just like every coin, the market too has two sides. Truthfully, if the live cattle market was seeing the same type of competitive price discovery that feeder cattle are seeing, then our questions of whether the feeder cattle market would continue its higher surge would diminish. Feedlots that have been doing quick math about cost of gains on the side of their buyer's cards at sales are thankful that the corn market has been in a mostly consistent regression since May, so the biggest struggle continues to be the lack of support from the live cattle market.

As I reported in my most recent Sort and Cull article (https://www.dtnpf.com/…), moving forward, much of the live cattle market's fate depends on what boxed beef prices and slaughter speeds do. Thus far throughout the summer, boxes have been competitive with pork and chicken, which has allowed consumers to continue to buy. The risk moving forward, however, is that consumers stop buying, at which point longs are pushed away and the market's downside is frightening. However, if boxed beef prices can maintain a steady tone and slaughter continues to run aggressively until supplies thin later this fall, then pressures ease.

Regardless of what the live cattle and corn markets do, you remain in the driver's seat for your calf crop. As I mentioned earlier, bullish triggers are laced throughout the market for feeder cattle, and we'll likely see more demand for calves/feeders come 2023 and 2024. So, if feed isn't an issue and drought conditions aren't breathing down your neck, remember your cattle are always an asset, you may just have to look for a different opportunity, or a different marketing time, for them to show you asset-like profit. 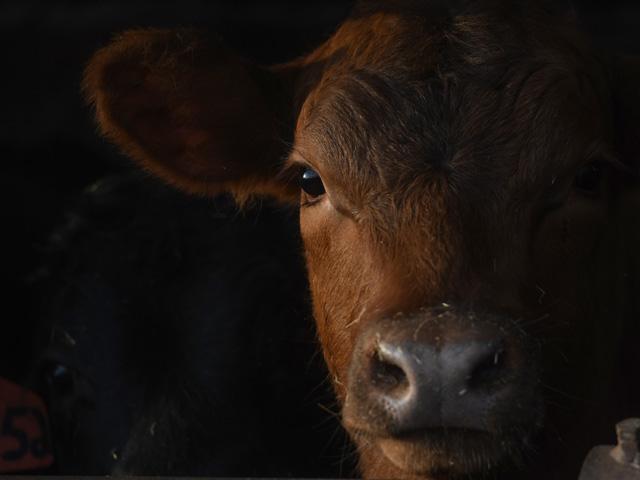