LINCOLN, Neb. (DTN) -- The National Pork Producers Council asked California regulators to delay the implementation of Proposition 12 -- the state's animal-welfare measure approved by voters -- saying in written comments this week the state has no choice because it was late in releasing proposed rules.

The law requires hog producers to abide by certain regulations to sell pork in California. Voters in the state passed Proposition 12 in 2018 with nearly 63% of votes supporting it.

The state released for public comment a proposed rule to implement Proposition 12 in May 2021 -- about 18 months later than required by the measure. This means pork producers across the country that export to California have fewer than six months to understand and follow the rules.

NPPC said in comments to the state that the Sept. 1, 2019, deadline for finalizing Proposition 12 implementation rules was important to hog producers across the country.

"This deadline, 28 months prior to the Jan. 1, 2022, compliance date, is an essential component of Prop 12 and necessary to provide time for hog farmers to understand and comply with the regulations, undertake any necessary conversions, and work to provide certification that the animals they raise are in compliance with Prop 12's arbitrary mandates," NPPC said.

"Prop 12 thus provided significant lead time for the new rules to be adopted and for farmers, distributors, and retailers to adapt an inspection, compliance, and audit system before any penalties would be effective. The failure to timely promulgate these rules and regulations means hog farmers will be unable to make the significant changes to their operation before Prop 12's date of implementation."

In June the NPPC requested a public hearing with the California Department of Food and Agriculture on the proposed rules and reiterated the need for such a hearing in comments this week.

"We again request that CDFA hold this hearing, providing an opportunity for all parties impacted by Prop 12 to comment on the proposed rules in a public forum," the group said.

"Additionally, NPPC strongly encourages CDFA to host stakeholder workshops to better understand the impacts of its proposals and how best to achieve the mandates of Prop 12 if it is ultimately enforced."

NPPC asked the state to produce "clear, user-friendly regulations" to help producers "undertake the costly process to convert their farms to meet the requirements of Prop 12."

The NPPC raises a number of concerns in its 17 pages of comments submitted on Monday, as the state races to finalize implementation rules prior to Jan. 1.

The group asks state regulators to fashion regulations not in conflict with trade rules and agreements.

"As a result, we strongly encourage California to reconsider Prop 12 and its implementing regulations to ensure they are promulgated in a manner that doesn't trigger an international dispute and costly retaliation from U.S. trading partners."

NPPC raised concerns about so-called audits of hog facilities as part of Proposition 12. In particular, the groups said the state's definition of "audit trail" would "impose onerous requirements across the pork supply chain."

NPPC said the requirement is "unnecessary, excessively complex, and overbroad. Distributors, and retailers, are likely to be several steps removed from farms."

NPPC said individual business owners or operators who sell whole pork meat "merely need to rely 'in good faith upon a written certification' by the supplier that the whole pork meat complies with the requirements of Prop 12. This same approach can be applied throughout the pork supply chain."

The group said the burden of Proposition 12 not only falls on hog producers outside of California, but also on producers around the world.

"While most assume this burden will be born solely by U.S.-based producers, the reality is the financial impact of Prop 12 will be felt worldwide, including by U.S. trading partners who ship significant levels of pork into the United States every year," NPPC said.

The group also asked the state to delay a requirement by at least two years that hog producers hold valid Proposition 12 certifications by Jan. 1, 2023.

"There are simply insufficient resources available for the pork industry to accomplish this overly ambitious timeline," NPPC said. "Without more clarity as previously noted, producers will have a difficult time self-certifying with any reliability."

Proposition 12 also calls for a system of inspections of hog conveyances, looking for imports into the state not in compliance with the law.

"It is inappropriate for the state to assert it has the authority to stop a truck, inspect paperwork and maybe even the cargo on the side of the road, and then deny entry or divert a truck absent a sale in California," NPPC said in its comments.

"Simply put, if no sale has occurred, there can be no violation of the law. Absent a violation, the state cannot justify stopping a truck, denying entry, forcing diversion, or confiscating the meat on the truck. The proposed provisions are inappropriate because there is no threat to the public health or welfare from the covered products. Enforcement should occur where the buyer takes possession, not at the state line."

In addition, Proposition 12 requires on-farm inspections of hog facilities every year. NPPC said such inspections are not needed.

"The physical changes in steel and concrete and building design that are necessary for a farm to comply with Prop 12's requirements simply aren't going to be changed annually," the group said.

"As a result, NPPC would strongly encourage CDFA to reconsider the annual inspection requirement and replace it with a requirement that farms be re-inspected every five or seven years unless circumstances dictate otherwise."

NPPC asks the state to remove a provision in Proposition 12 that allows for unannounced inspections of farms. Such inspections, the group said, raises biosecurity concerns on those farms. 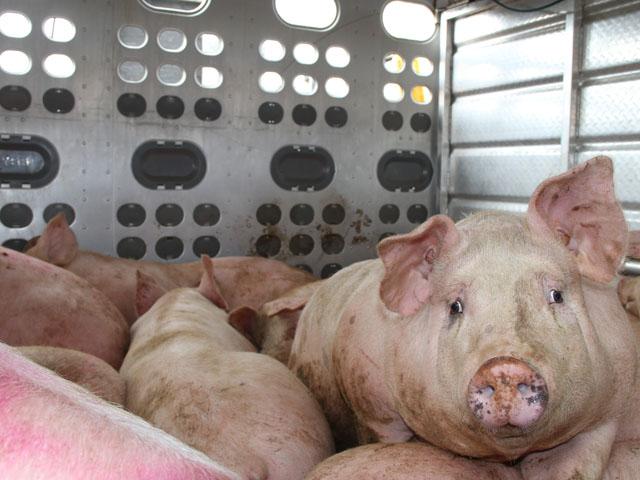