OMAHA (DTN) -- The pork supply chain in the United States would face "significant disruption" in 2022 when California's Proposition 12 takes effect, a new report from Rabobank said.

The North American Meat Institute and the U.S. Department of Justice requested an en banc hearing before all of the judges in the Ninth Circuit. Oral arguments in the case are set for April 14, 2021, in Pasadena.

In an amicus brief filed in the Ninth Circuit at the end of 2020, the U.S. Department of Justice raised concerns about how Proposition 12 could affect USDA programs, https://www.dtnpf.com/….

Rabobank said in its report the U.S. pork industry faces a daunting task to comply with Proposition 12 if the legal challenge comes up short.

The National Pork Producers Council and the American Farm Bureau Federation also will be giving oral arguments in their lawsuit filed against the state of California.

Rabobank said Proposition 12's restrictions likely would lead more producers across the country to think twice about exporting to California.

"Producers are reluctant to make the costly investments needed to comply with the new regulation, unless compensated with long-term premium guarantees," the report said.

"Packer processors and end users are unwilling to enter into long-germ supply arrangements, given outstanding legal challenges to the California rule and limited visibility around implementation."

If producers outside California adjust their operations to meet Proposition 12, Rabobank said production flows would drop by at least 25%, "which disrupts the entire supply chain."

Rabobank estimates at least 15% of U.S. hog producers would face "considerable cost" to convert their operations.

To make a move from the industry standard of 18 to 20 square feet per sow to compliant spacing of 24 square feet per sow, a producer would require 20% to 25% more barn space or force a reduction in stocking densities, the study said.

Rabobank said an average barn could cost $1,600 to $2,500 per sow, or $3 million to $4.5 million total. The report said the average costs to comply may be made more difficult by rising building costs since the COVID-19 outbreak, estimated at about 129% higher since October 2020.

Rabobank said because the law remains in legal limbo, it may trigger larger changes in the industry as a whole.

"With time running out and some customers asking for guarantees, however, packer processors may have no option but to offer long-term financial incentives to suppliers," the report said.

"This shift works to the benefit of integrated suppliers and will likely force greater concentration within the industry -- one of the very outcomes some U.S. lawmakers have working to avoid."

The California market is critical for many producers, as the state boasts the largest domestic market for pork at 14% of all U.S. consumption.

Based on current estimates of the number of producers likely to convert sow housing to meet California's demands, Rabobank said the U.S. producers would fill just 40% to 50% of demand.

"This would result in a short-term surplus of 150 million pounds per month of non-compliant pork on the rest of the U.S. market per month, or an estimated 10% of total monthly U.S. volume consumed," the report said.

"This imbalance in 'compliant' pork supplies is expected to result in a short-term surge in product prices in California and a drop in pork consumption." 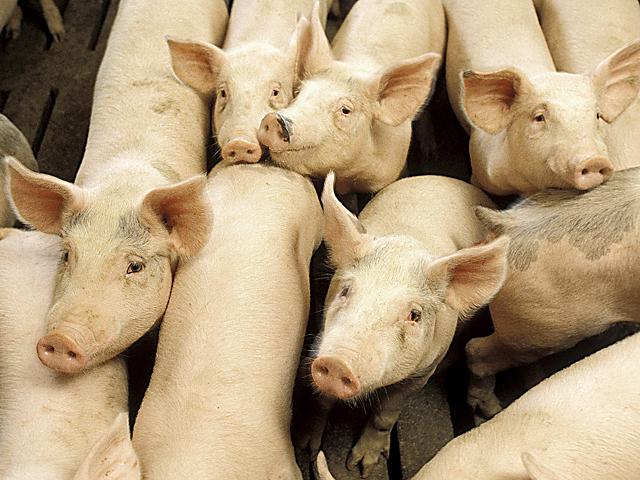