OMAHA (DTN) -- With President Joe Biden signing the American Rescue Plan into law last week, Black farmers such as Eddie Slaughter from Buena Vista, Georgia, say they will finally see some relief from long-term debts hanging over them with Farm Service Agency loans.

"If they hadn't passed this legislation, the only way a lot of farmers would get out from under all of this debt is to die," said the 70-year-old Slaughter, who also made a point to push back on the claim the aid to minority farmers amounts to reparations. "This has nothing to do with reparation. This is something that happened to people in our lifetime."

The Democratic-led House passed the $1.9 trillion aid package on a 220-211 party-line vote on Wednesday afternoon, and Biden signed the legislation into law on Thursday.

Biden called the legislation "a historic, historic victory for the American people," with the emphasis that boosts to child tax credits and $1,400 direct-aid checks to Americans would lift more people out of poverty while also enhancing coronavirus vaccination programs.

A provision estimated at $4 billion or so in aid to "socially disadvantaged" farmers is also part of the overall package. The aid would pay off FSA direct and guaranteed loans for farmers in socially disadvantaged groups -- defined as Black or African American, American Indians or Native Alaskans, Hispanics, Asians and Native Hawaiians or Pacific Islanders.

Republican lawmakers criticized the provision as they argued against passing the bill.

"That means if you are a white farmer, don't apply," said Rep. Tom Rice, R-S.C., during floor debate.

Freshman Rep. Andrew Clyde, R-Ga., called the aid for minority farmers "racist," and he called on the Department of Justice to investigate it as a violation of the Civil Rights Act of 1964. "I cannot justify conditioning relief based on race or ethnicity. This is not equality under the law," Clyde said.

House Agriculture Committee Chairman David Scott, D-Ga., countered the criticism of the language, which came out of his committee markup last month. He said Black farmers had been largely excluded from earlier relief packages passed by Congress to deal with COVID-19.

"It is important for you to know that our Black farmers were not included in the other pieces, so we got them $4 billion just to help them," Scott said.

Scott also added that another important piece of the aid package is the food-aid relief to address hunger. His committee will hold a hearing on hunger challenges Thursday as well. "We have 13 million of our children and infants going to bed hungry and malnourished every night. You know why? Because of COVID."

Specifically, the aid package would provide socially disadvantaged farmers up to 120% of debt relief from USDA direct or guaranteed loans. The extra 20% is added to address taxes following the debt relief. Advocates for Black farmers say the aid is needed to address more than 17,000 Black farmers who have long-term challenges getting out from under FSA debt going back decades.

"We've been fighting this for more than 20 years, and we could not get any justice with the courts," Slaughter told DTN. "In some cases now, the interest is two or three times what the actual principal was on the loan, and that means you really can't pull yourself out of a hole when you're insolvent. When you are in foreclosure or accelerated debt collection, you really see no end in sight."

Slaughter had been out of his home without his phone most of the day before speaking to DTN. He noted he had missed more than 20 calls, most of whom were from other Black farmers. He also praised freshman Sen. Raphael Warnock, D-Ga., for making the debt relief a key issue of his in this aid package.

"We had to go to Congress because the courts would not allow us to be heard," Slaughter said. "I thank God for Sen. Warnock. He was called to the Senate for such a time as this."

A former prosecutor, Scott Biggs was the Oklahoma FSA director from late 2017 until earlier this year under the Trump administration. He said he made it a mission to sign up Native American farmers for USDA programs. Oklahoma added more than 1,800 new borrowers for FSA's socially disadvantaged programs under his tenure.

"We doubled or tripled our amount of outreach to the tribes," Biggs said. "We took advantage of every opportunity. I advocated for every person that needed assistance from USDA, whether it was a minority, a woman or whoever and made sure everyone had an opportunity. We made a point to get the word out early on, and you can see the benefit of it in our numbers."

The aid package bill, however, also uses the definition for socially disadvantaged from the 1990 farm bill language. That means the bill does not include gender in its definition, a congressional committee staffer stated to DTN.

Along with loan-aid relief, the bill sets aside another $1 billion for USDA to create a racial equity commission that will deal with long-term discrimination issues by focusing on land access, outreach and education for USDA programs.

"The American Rescue Plan provides historic debt relief to Black, Indigenous, Hispanic and other farmers of color who, for generations, have struggled to fully succeed due to systemic discrimination and a cycle of debt. We cannot ignore the pain and suffering that this pandemic has wrought in communities of color," said Agriculture Secretary Tom Vilsack. "The American Rescue Plan answers that call to action."

For food aid and resiliency in the food supply chain, the bill provides another $4 billion. That goes along with $1.5 billion provided for similar uses in the bill passed by Congress last December. USDA recently announced it was taking public comments to determine how the $1.5 billion will be spent. It's likely the $4 billion would be added to those programs as well. USDA can use the funds to buy food to distribute to food banks, but the department can also provide grants and loans to buy protective equipment for essential workers or invest in "food processors, farmers markets, food banks" and other programs.

For other aspects of rural America, the bill also provides $500 million for rural hospitals and expands resources for vaccine access. The bill also includes funds for rural rental housing assistance and refinancing for USDA home loans.

As this aid package moves to the president's desk, USDA also still has a laundry list of aid programs under review from the Trump administration, as well as funding from the December aid package that has yet to be released. Among the potential direct aid still under review is a provision that provides a $20-per-acre payment for non-specialty-crop producers, based on 2020 planted acres. Another provision of that December aid package provided nearly $1 billion in support for dairy producers. The bill also included a provision for livestock producers that reimbursed up to 80% of losses due to euthanizing animals when the supply chains were backed up last year.

DTN asked USDA's communications staff for details on delinquent loan volume or numbers from socially disadvantaged farmers or data on FSA direct or guaranteed loans from fiscal year 2020. USDA had not provided those details at the time this article was posted. 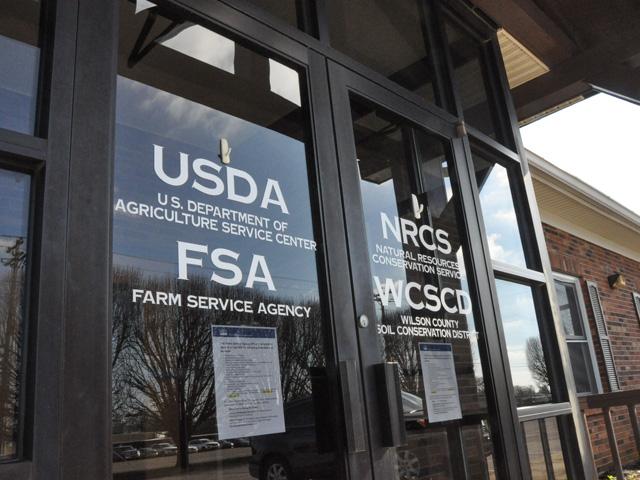