OMAHA (DTN) -- Racism is an excruciatingly uncomfortable topic in agriculture, which is basically 96% white in the racial makeup of American farmers, according to USDA's Census of Agriculture.

So farm groups typically "stay in their lanes" when social unrest explodes, such as the protests that began last week after the death of George Floyd. But the National Farmers Union late last week stepped out of its lane, denouncing police brutality toward people of color, stating Floyd's death "underscores the urgent need for racial justice and equity in the United States."

NFU, a predominately white-member group, took that initial stance, calling for the people in agriculture to "step up, to heal these wounds, to build a just and equal society." The group added, "This will not be a quick or easy task -- to overcome the terrible legacy of racism in this country, we all must reflect on our own privileges and prejudices, rethink our institutions, and demand structural change. The road ahead of us may be long and uncomfortable, but it is our moral obligation to traverse it."

Rob Larew, who became president of NFU in March, acknowledged racism is a difficult issue for a farm organization to call out, but he pointed to comments from former President George W. Bush who said Tuesday that he and former first lady Laura Bush had resisted the urge to speak out "because this is not the time for us to lecture. It is a time for us to listen."

"This isn't a time necessarily for lecturing," Larew told DTN. "It's not our story. But what we can do is make sure that the story gets out there and that learning begins and listening so that those members who do have that experience, they understand that they have a way to be heard. Maybe we can have that conversation -- that really is an uncomfortable conversation. It's way overdue."

Dewayne Goldman, an Arkansas farmer and executive director of the National Black Growers Council, said Floyd's death has brought more attention to deeper, longer-term problems that have been persistent in the U.S., and in agriculture. He also pointed out that only about 32,000 farmers out of more than 2 million are identified as African American. A century ago, there were more than 925,000 black farmers, according to the U.S. Census Bureau.

"And so from a numbers standpoint, you're talking about a pretty small sliver of the U.S. population," Goldman said to DTN. "But when you have a situation that's as atrocious as the recent brutality, as black farmers we feel it."

Goldman pointed to Floyd being on the ground, telling the officer he could not breathe, and those pleas being ignored. "As black farmers, while we haven't had a physical knee on our necks, we've had an economic knee for some time. And it's been very difficult to breathe under those conditions. And I think that's the source of the anger and frustration that you see in a lot of the protests and rallies that are going on across the country."

On Thursday, the American Farm Bureau Federation also issued its own statement on the death of Floyd. Farm Bureau's membership is more conservative than NFU's politically, but AFBF President Zippy Duvall said the group has a responsibility to identify and address racism.

"Our hearts go out to the family of George Floyd and others who have suffered as a result of racial injustice," Duvall said in a statement. "We strongly oppose racial discrimination and believe just treatment by law enforcement is essential to maintain public trust and to uphold our Constitution. We also believe we have a responsibility across our society to honestly examine, identify and address racism."

Duvall added that addressing racism includes looking within its own organization. "At AFBF, we are doing just that. We are forming a cross-functional working group to determine how we, as staff of the American Farm Bureau, can be a positive influence against racism," Duvall said. "Part of the strength of our communities and nation is our ability to pull together in times of crisis. We must do so now."

In March, at NFU's annual meeting in Georgia -- just days before the country began to shut down due to the pandemic -- NFU held a panel discussion with black farmers highlighting problems with "heirs property." About 60% of African American farmers operate on ground that has passed through generations without a will or succession plan. Without clear ownership rights, that hinders access to USDA programs and loans since the titles for the ground are not secure. It also puts land at risk of being sold when a single heir can force the sale of a property.

"Because black farmers are typically undercapitalized, it makes them less likely to be in a position to acquire property, which is a huge problem," Goldman said. "It almost becomes a self-fulfilling prophecy because when heirs property is involved and all of the tricks that have been played to take that land, it really puts black farmers at a competitive disadvantage."

Goldman said that still becomes a problem for black farmers trying to enroll in programs such as the Market Facilitation Program, or the new program, the Coronavirus Food Assistance Program (CFAP). Goldman criticized CFAP because the structure of the program benefits farmers who can afford to store grain.

"Well, guess what, if you're in a situation where you're not economically strong enough to have crops in storage, you had to sell all your 2019 production in 2019 in order to save your farm, then you missed out on that opportunity," Goldman said. "And the other thing is ... black farmers still lag in their ability to acquire grain storage facilities that would allow you to extend the marketing here."

In response to its news release early this week, NFU posted on Twitter that the group had heard from several people that racial justice is not an agricultural issue. Others also stepped into defend NFU's stance. NFU stated on Twitter, "Agriculture, like many industries, is rife with racism. It is our responsibility to fight that racism."

Larew noted there were some who suggested NFU should "stay in your lane" and he acknowledged many farmers are uncomfortable with conversations around race.

"I think there are kind of expected naysayers that this isn't an agricultural issue," Larew said. He added, "You know, in a lot of rural communities out there, there may not be very many people of color. So we may not know, so you don't see the racism, you may not, you certainly don't experience it if you're not a person of color. And so, I hope that this is going to be one of those moments where folks will stop and listen and learn."

The COVID-19 pandemic also put a spotlight on minorities in agriculture because the vast majority of meat protein processed in the U.S. is by minority workers. As they became ill from the coronavirus, the entire agricultural supply chain began to break down. Only when the packing plants stopped processing did the federal government step in to ensure workers are provided with more protective gear and working conditions.

"That whole issue taps into how resilient is our food system, and these issues of social justice, it's not just about police brutality, but this systemic kind of overlooking or lack or caring for our fellow humans, quite frankly, whether they are workers out there, whether they are black farmers who can't get credit and are discriminated against in other ways, or whether it's police brutality," Larew said. "It's systemic issues, which have a direct impact on the food system, and by an extension of that, the future of family farmers."

In terms of carrying the conversation forward, Larew said that as a group largely made up of white members, NFU shouldn't be taking a lead, but agriculture as a whole needs to ensure conversations happen. "We need to listen to those folks who this is their lived (life) experience and they can speak more directly to the issues that are impacting their lives," he said. 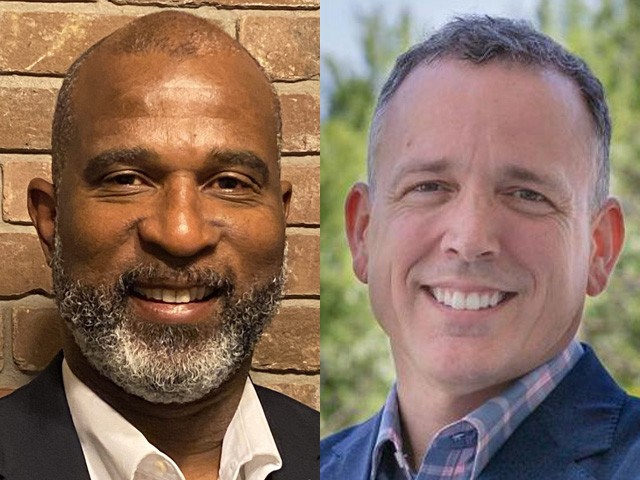