Dan Halstrom, president and CEO of the U.S Meat Export Federation, said on a call Tuesday he was "feeling pretty upbeat about our export markets right now" as beef, pork and lamb are picking up momentum.

USMEF provided an update on Tuesday before kicking off its strategic planning conference in Arizona. Updated data for September meat exports will be released by USDA on Wednesday then will be summarized by USMEF on its website as well.

The demand for pork in China right now leads to questions over just when the U.S. and China will reach "phase one" of a trade deal centered on agricultural sales to China. Commerce Secretary Wilbur Ross and others in the Trump administration have expressed confidence that a deal will be signed this month.

"We're in good shape, we're making good progress, and there's no natural reason why it couldn't be," Ross said on Bloomberg Television over the weekend.

Despite retaliatory tariffs from China now at 72% against U.S. pork, sales to China were still at record levels in July and August. USMEF expects that kind of growth to continue into 2020. The U.S. is competing with countries that have just 12% export duties going into China. The U.S. has about 13% of the China pork import market.

Joel Haggard, senior vice president for the USMEF Asian Pacific market, said pork exports are growing, but could grow much more rapidly without the punishing 72% tariff.

African swine fever (ASF) led to the rapid slaughter of millions of hogs in late 2018 and early 2019 across China. For months, Chinese consumers were taking advantage of that high slaughter volume because ASF is not a food-safety issue for humans. Since late summer, however, domestic pork supplies have fallen dramatically. Pork prices at retail have gone up 80% in parts of China just since August, Haggard said.

For the first nine months of 2019, Chinese officials reported that total meat and poultry imports were 4.3 million metric tons, an increase of 1.1 million metric tons from the same time period in 2018. Still, China now is facing as much as a 10 mmt shortfall.

"They are having difficulty filling this shortfall," Haggard said, adding that prices for European pork going into China have spiked as well. "That's a sign of the strain of the global supply chain to be able to supply China with what they need."

So there is great expectation that demand for all meat proteins going into China will be high in 2020. This leads to the question of just when the U.S. agreement with China will get done and what that will mean for those tariffs on pork and other proteins.

If all of the barriers against U.S. pork were removed in a best-case scenario, Haggard set a high number and suggested the U.S. could export as much 1.6 mmt of pork to China in 2020. In comparison, the U.S. sent 220,000 metric tons in 2018. That would translate into more than 725% growth in pork sales to China over a two-year stretch.

China is also the world's largest beef importer, but the U.S. now has just a 1% market share. Haggard said beef exports are challenged not only by tariffs, but also China's tough restrictions on growth hormones.

Halstrom said USMEF is optimistic about growth in Japan with the pending completion of the U.S.-Japan trade agreement. Japan's parliament, called the Diet, still has to approve the agreement. Halstrom said he is hopeful the agreement will be approved to allow lower import duties starting in January.

"That's all speculation at this point, but I would say that's the expectation," Halstrom said. "We're very upbeat on the opportunity in Japan as we look at the rest of 2019 and 2020."

The Japan trade agreement phases down tariffs for U.S. pork and beef over time. Duties on most pork cuts and products will phase down over nine to 10 years in most cases, but some products such as seasoned pork will see tariffs drop to zero over five years. For beef, import duties on chilled and frozen beef cuts will be reduced from 38.5% to 9% over a 15-year period. Some products will see duties reduced or eliminated.

"We really feel like this is going to enable us to move the needle even further and regain some of that share lost on the pork and the share and lost opportunity on the beef side," Halstrom said.

Duties for beef come down in Japan as Australia's cattle herd has declined due to prolonged drought in the country. That can only help U.S. exports with a growing cattle herd.

"We should be well positioned to do very well and regain a share of beef in Japan," Halstrom said.

South Korea is a growing market for U.S. beef with sales at $1.2 billion through the first eight months of 2019, a 10% increase in value. The U.S. is now the No. 1 beef exporter to South Korea, having overtaken Australia.

African swine fever also has hit some areas of South Korea, but has only led to culling about 1% of the domestic herd. U.S. pork exports to South Korea have slipped 8% for the year, but that comes after a 40% spike in sales to South Korea in 2018, said Jihae Yang, USMEF's Korea director.

Yang noted domestic pork prices in South Korea have fallen because of consumer fears over ASF, even though it is not a human health concern. Pork producers in South Korea are claiming they are losing as much as $130 a head, Yang said.

USMEF also is still championing Congress to complete the U.S.-Mexico-Canada Agreement as Mexico remains the country's top pork and lamb markets and No. 3 beef market with $2.4 billion in combined meat sales last year. 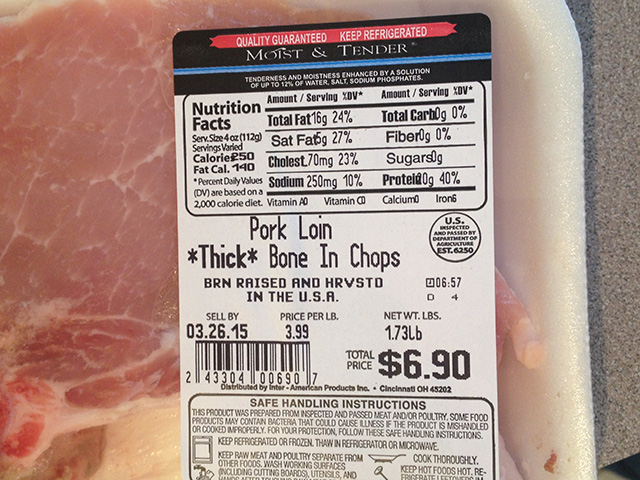