Putting a new face in the bull pen has become a pricey move. Depending on the bull, most commercial cattle operations are looking at spending $3,000 for those muscled-up genetics. But he's really an investment for the entire operation.

"A good bull is money well spent. Think of it like this, a bull will sire 30 calves in a year; a cow will give you just one. So the bull is the genetic key."

And a good bull might not be as expensive as he first appears. Silcox says when taking into account the salvage value of culled bulls plus the number of calves he sires during his lifetime, a good bull will more than pay for himself.

In an example using a $3,000 bull, Silcox says to first deduct the salvage value. Currently, a cull bull will bring about $1 per pound; so for an 1,800-pound bull, that's $1,800. Next, look at the calves that bull should sire over a three- to five-year period and divide that into the remaining net cost of the bull. It adds up fast. And if the bull's genetics result in calves that are 10 pounds heavier, those numbers get into the black pretty quickly.

Bulls should always be genetically superior to the cows in the herd. The bull contributes half of the genetic makeup of the calf crop, and most will sire 25 to 30 calves a year.

So what are today's parameters for bull selection? Using the selection tools available, producers can do more than eye a prospective bull.

Weaning/Yearling Weights. Don't focus on single-trait selection. Instead, look at a combination of traits that include weaning and yearling weights. Selecting solely on yearling weight, for example, would increase birth weights. Select for performance EPDs (Expected Progeny Differences) that are around the bulls' breed average.

Milk Production. Milk EPDs are considered a good gauge of maternal ability and weaning weights. In bulls, the milk EPD is an estimate of pounds of calf weaned due to a bull's daughter's milking ability. Remember, more milk means you'll need more groceries, and in some cases, it can negatively impact breedback after calving.

Frame. Bulls should have enough frame to produce calves that meet USDA medium-frame scores. Small-framed cattle are discounted, and cattle that are large-framed tend to mature later. Medium-frame scores are 4s and 5s. Small are 1, 2 or 3; large 6 or 7.

Heifer bulls should have low-birthweight EPDs. Some breeds have calving ease EPDs, which are calculated using birthweights and calving scores. Higher birthweights are the No. 1 reason heifers experience calving problems.

On bulls 1 year of age and older, a thorough evaluation prior to purchase is not an option, it's a necessity. Have a veterinarian check any bull you are considering buying, paying attention not just to semen motility but morphology, as well. These soundness exams should be repeated annually prior to turning the bull in with the herd. Silcox points out that something as simple as a fever leads to a bull with low, or even no, semen. In other words, "your bull can go bad on you."

Percentile Ranks. Today, most bulls come with a percentile rank for their EPD. This basically tells you if that bull's EPD is average for the breed, above average or below average.

Soundness. This is a subjective score on bulls, from 1 to 10. Bulls in the 4 to 5 range are found acceptable with no serious problems. Below that, there are faults that might impair longevity and/or movement.

Docility. Some breed associations now tout docility EPDs on bulls. If looking at an EPD, the higher the number, the more docility. If looking at scores, the lower numbers, 1s to 3s, indicate the animal is easier to handle and not aggressive toward people.

Breed Associations. Check with the breed association to be sure you have the most current information on the breed of bull you are buying. Have any genetic defects been found recently? Have they updated EPDs on the breed, giving you other traits to consider?

Most breed associations issue annual or semiannual sire summaries. This data can also usually be found on the breed's website. Silcox adds in crossbred herds, genetic defects are generally not as much of a concern because they need to be carried by both the bull and the dam. 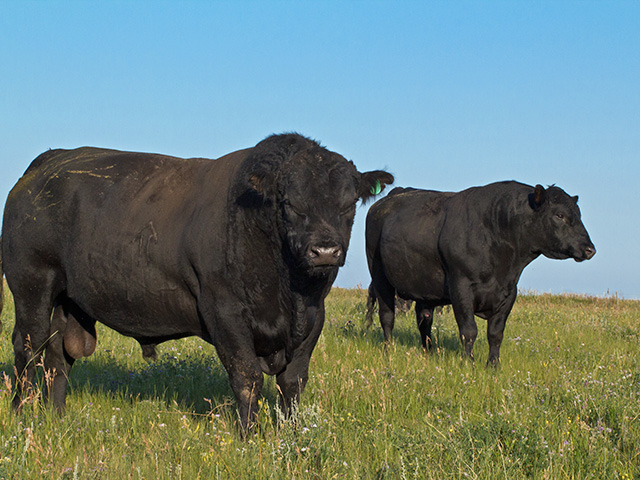