OMAHA (DTN) -- U.S. agriculture got some significant trade wins with China under a 100-day trade action plan that was rolled out late Thursday night in an announcement by the U.S. Commerce Department.

Under the framework laid out as part of initial actions of a U.S.-China Economic Cooperation 100-Day Plan, U.S. beef exports will start up and China will finally get around to approving as many as eight pending biotechnology traits that have been held up in China's regulatory agencies.

According to the announcement:

-After more than 13 years of being shut out of the market, U.S. beef should be on the way to China before mid-July, according to an announcement late Thursday night from the U.S. Commerce Department.

-The Chinese government also has agreed to hold a meeting this month to examine eight pending U.S. biotechnology products applications and study their safety for approval. As part of that process, any biotechnology products not approved by the China National Biosafety Committee will have a full explanation in writing and a list of requested information to potentially finalize approval.

-In return, the U.S. will agree to import cooked poultry from China.

The agreement stems from initial talks by President Donald Trump and Chinese President Xi Jinping that sparked a 100-day action plan. Secretary of the Treasury Steven Mnuchin, Secretary of Commerce Wilbur Ross of the United States, and Vice Premier Wang Yang of China reached consensus on several initial commitments under the 100-day plan and objectives for next steps.

Under the plan, China will allow imports of U.S. beef "on conditions consistent with international food safety and animal health standards" beginning as soon as possible, but no later than July 16, the Commerce Department stated.

During the last 13 years, China's economy has boomed, providing an increasing group of middle-class and higher-income consumers in China, but up until now, the U.S. beef industry has been completely cut off from this market. The U.S. meat industry thanked the Trump administration and welcomed the agreement to reenter the Chinese market.

"The meat industry has long sought access to the Chinese market for U.S. beef, making today's announcement a significant and very welcome milestone," said Mike Townsley, president and CEO of Bob Evans Farms and chairman of the North American Meat Institute. "High quality beef is in high demand in China, so the deal has great potential for both our businesses and the U.S. economy as a whole."

The meat institute stated the Chinese market could be worth roughly $2.6 billion for the U.S. beef industry.

Craig Uden, president of the National Cattlemen's Beef Association, said it's impossible to overstate the benefits that this deal will bring U.S. cattle producers, "and the Trump Administration deserves a lot of credit for getting this achieved. We look forward to providing nearly 1.4 billion new customers in China with the same safe and delicious U.S. beef that we feed our families. I look forward to the day when we can serve President Trump and President Xi a dry-aged, American-made New York strip in Beijing."

In a win for another industry, China also agrees to start receiving imports of natural gas from the United States as well.

The U.S. Commodity Futures Trading Commissions also will agree by July 16 to work out an agreement to extend the current "no-action relief" to the Shanghai Clearing House for six months with further extensions for up to three years. The goal would be for the CFTC to work out a memorandum of understanding on the exchange of information and trading clearing procedures with the People's Bank of China.

The announcement from the Commerce Department can be found at https://www.commerce.gov/… 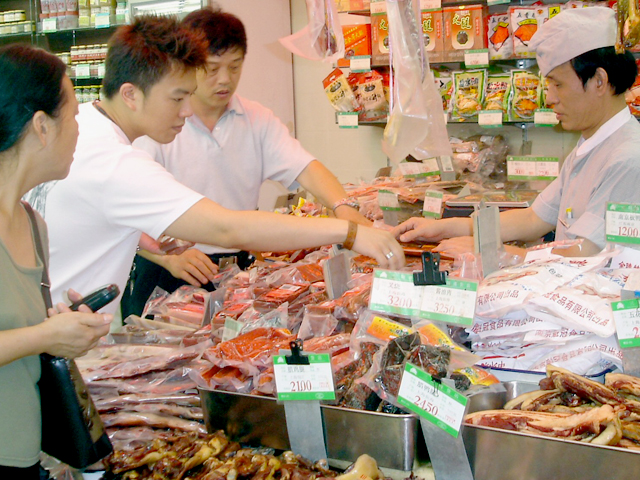