The Wright County Board of Supervisors issued a statement Tuesday stating the supervisors took initial steps for the development of the project, labeled Prestage Foods of Iowa, near the community of Eagle Grove.

"Agriculture is important in Wright County and we welcome the more than 900 new jobs and $240 million investment to our county," said Bryce Davis, Wright County's Economic Development director. "We are excited to work with Prestage Foods of Iowa as they construct their first pork processing plant in Wright County."

Supervisor Karl Helgevold was appointed by the Board of Supervisors to represent them during the project.

"The Prestage project will be a tremendous boost for the economy in Wright County and the surrounding areas," Helgevold said. "Our Economic Development Department has been working with local communities to enhance their housing resources and the timing for this project will fit well with those plans that are already moving forward."

The facility would be roughly an hour south of where Prestage Farms originally planned to build the pork facility near Mason City, Iowa, after being rejected following local opposition. Still, the new site would provide comparable access to infrastructure such as Interstate 35.

After being rejected in Mason City, Prestage Farms stated the company was contacted by 19 different communities seeking interest in the facility, including Wright County. The location was attractive because roughly 6.5 million hogs are marketed within 250 miles from the plant and Prestage Farms already has hog operations in the area.

On its website, Prestage Foods of Iowa states it would source about 60% of hogs from its facilities already operating in Iowa and planned to buy 40% of the hogs from local, independent farmers. "The economics of supply and demand should dictate better market prices for live hogs," Prestage stated.

Prestage Farms is based in North Carolina and operates both pork and turkey production facilities, as well as a turkey processing plant. The company has contract growers in Iowa, North and South Carolina, Mississippi, Oklahoma and Texas. The Iowa facility would be the company's first pork-processing plant. Prestage Farms is headed by Ron Prestage, who is a former president of the National Pork Producers Council.

Processing capacity in the pork industry is expected to increase over the next few years as new facilities are already under construction in Sioux City, Iowa, and Coldwater, Michigan, and a former beef plant in Windom, Minnesota, is being converted into pork production as well. Another smaller facility has been reported to be reopened in southern Missouri as well. 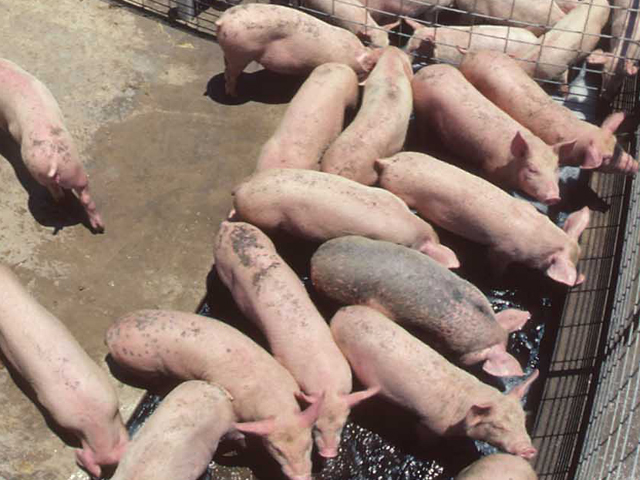