Three-year-old Brooks Bohling gleefully chases his father, Trenton, around their family farm in Johnson, Nebraska, with not a care in the world. Brooks is often seen pedaling a red tricycle with all his might, while his 1-year-old sister, Karsyn, follows the leader as best she can.

The way they see it, making the farm weather-ready and safe go hand in hand with planning for the future. That's why the Bohlings opted to take part in the University of Nebraska Extension's Weather Ready Farms program as one of eight pilot farms.

Weather-ready farm is more than a catch phrase to describe myriad ways producers can prepare for abruptly changing and severe weather.

DTN/Progressive Farmer is continuing its special series of articles called Farm Climate Smart that examine what the term means, looks at current and future economic opportunities the movement offers for farmers and ranchers, and highlights what some producers are doing now to make their land and crops more resilient to a changing climate. Today's article, the third in the series, looks closer at a pilot program that helps growers enhance sustainability and safety efforts on their operations now and for future generations.

The program includes an on-site evaluation of each operation by Nebraska Extension, seeking out what farms do well and what might be improved. (Visit https://weather-ready.unl.edu/… for more information.)

Producers are offered educational events through Nebraska Extension and other resources and are required to log 40 hours of education through Extension. Each farm must work on a specific project, anything from installing farm maps to weather stations to learning CPR.

The term "weather ready" means different things to every farm. But concerns boil down to a number of issues: How can producers make do with fewer inputs and rainfall? What can farmers do now to help the farm survive severe storms, floods, colder winters, more prolonged heat in the summer and drought? How can they make farms safe for the unexpected?

"But part of the idea was also to acknowledge the time that producers were willing to put in a group like this with acknowledgement in their community. So, the goal when they get through this (program) is they'll get a sign (to display on their farm). Part of farming is rural sociology."

This is the third story in DTN/Progressive Farmer's Farm Climate Smart series. 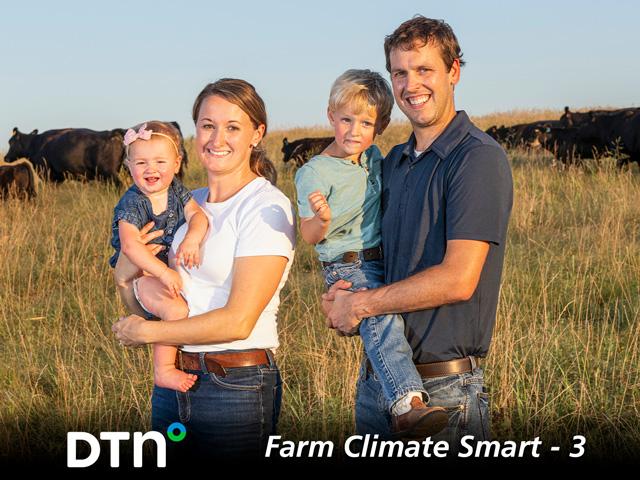