OMAHA (DTN) -- The U.S. Supreme Court on Thursday weakened the federal government's ability to regulate greenhouse gas emissions from major industries such as power plants, saying Congress must clearly spell out such authority.

The 6-3 ruling and the court's "major questions" doctrine could lead to greater legal scrutiny over regulations from federal agencies, including those affecting agriculture.

The ruling comes from West Virginia v. EPA, in which states challenged EPA's authority under the Obama-era Clean Power Plan. The plan forced power plants to lower emissions and essentially forced power companies to switch from coal and natural gas to renewable energy. The rule never went into effect, as it was blocked by courts and then withdrawn by the Trump administration. Still, states that rely heavily on fossil fuels pursued the case against the rule.

The ruling by Supreme Court Chief Justice John Roberts states that capping carbon emissions to transition away from coal "may be a sensible 'solution to the crisis of the day,'" but Congress did not give EPA that authority on its own to adopt such regulations.

Justice Elena Kagan, writing for the three justices in dissent, stated, "Today, the Court strips the Environmental Protection Agency (EPA) of the power Congress gave it to respond to 'the most pressing environmental challenge of our time.'"

Politically, the reaction to the ruling fell right along party lines on energy and climate. Republicans said the decision shows EPA overreached, and the High Court reaffirms that Congress did not intend for EPA to regulate greenhouse gases. Republicans also said the ruling shows oversight of power generation falls to the states, not the federal government.

"North Dakota is a leader in producing more energy with good environmental stewardship, and it is important that states continue to have flexibility to reduce emissions in a way that maintains the affordability and reliability of the grid," said Sen. John Hoeven, R-N.D., adding, "Today's SCOTUS decision affirms our work to both reinforce the role of states as the primary regulator of energy development within their borders and to push back on the needlessly burdensome rules that the Biden administration continues to impose on our energy producers."

Patrick Morrisey, attorney general for West Virginia, who brought the case, said the ruling would require Congress to decide how carbon emissions are regulated.

"We are pleased this case returned the power to decide one of the major environmental issues of the day to the right place to decide it: the U.S. Congress, comprised of those elected by the people to serve the people," Morrisey said.

President Joe Biden said the ruling "is another devastating decision that aims to take our country backwards. While this decision risks damaging our nation's ability to keep our air clean and combat climate change, I will not relent in using my lawful authorities to protect public health and tackle the climate crisis."

Biden added he had directed federal agencies and the Justice Department to review the decision for ways to continue regulating pollution and climate change. Biden also said he would "keep pushing for additional Congressional action" on energy and climate.

Mary-Thomas Hart, environmental counsel for the National Cattlemen's Beef Association (NCBA), said the cattle producers were watching the case closely because EPA, since starting the greenhouse emissions reporting rule in 2008, has been wanting to broaden the emissions the agency regulates.

"We saw the intent of the agency to expand its greenhouse gas regulations beyond the energy sector," Hart said.

"This decision is not going to impact EPA's authority to keep doing its work," she said. "The court, in its opinion, acknowledges that climate may be an issue that should be addressed, right? But it says EPA can't address that issue unilaterally. It has to have the support of Congress and backing of statutory text."

Hart also noted that corporations in agriculture and an array of other industries have made commitments to reduce greenhouse gas emissions going forward, and those commitments will continue without a federal regulation.

A spokesman for the American Farm Bureau Federation on Thursday said the group's leadership is still reviewing the ruling.

CLIMATE ACTION MUST COME FROM CONGRESS

"Whether it was President (George W.) Bush 43, (Barack) Obama, (Donald) Trump or Biden, courts have rejected approaches to regulate GHGs and climate," he said.

"It is not that we shouldn't do it, it just has to clearly be done by Congress."

The Natural Resources Defense Council, one of the nation's largest environmental groups, differed on the ruling. Its experts said EPA still has authority to limit carbon pollution from power plants but narrowed the agency's options for doing so. David Doniger, senior director for NRDC's climate and energy program, said EPA still has the ability to set standards for coal and gas plants based on pollutants and the technology available to reduce emissions.

NRDC cited a recent poll that 78% of the public supports EPA regulating greenhouse emissions from coal plants. That same poll also showed 62% of the public also thinks the federal government should allow oil producers to drill for more oil in the U.S. to try to lower gas prices, "Even though it might hurt U.S. efforts to limit climate change." (https://www.documentcloud.org/…)

In its ruling, the court's majority opinion talked about the EPA's efforts as it relates to the so-called "major-questions doctrine." The doctrine stresses if Congress wants to give an administrative agency power to make decisions of "vast economic and political significance," it must say so clearly.

Jeff Holmstead, head of Bracewell's environmental strategies group and former EPA air administrator, said in a statement: "The majority had no trouble finding that the question of how the U.S. electricity sector should be structured (and how much electricity should come from coal as opposed to other sources) was a major question. Because it is a major question, EPA can make such determinations only if there's a clear statement that this is what Congress intended. Since there is no such clear statement, EPA does not have this authority."

Vickie Patton, general counsel for the Environmental Defense Fund and leader of the group's clean air program, criticized the court's use of major-questions doctrine and how that is expanding court rulings against federal agencies. The opinion will lead to more rules across the federal government being challenged, including areas such as food safety, she said.

"This judicially crafted, made-up doctrine was utilized to prevent our country from addressing the climate crisis with the urgency it demands and the solutions that are apparent," Patton said. Patton added, "We're going to see this as a tool of choice for a bunch of obstructionist forces" against rules on clean water, food safety or other areas such as financial fraud.

OTHER PRESSURES ON POWER PLANTS

Former North Dakota Sen. Heidi Heitkamp, a Democrat and also a former EPA attorney, told DTN in an interview Wednesday that she was watching for the ruling and believed the Obama administration should not have tried to move ahead on the Clean Power Plan.

"I thought that the Obama administration took on the wrong fight on coal-fired power plants," Heitkamp said. "They were closing down anyway. So now you have done this huge, complicated rule-making that they did on the Clean Power Plan, and it didn't matter."

Speaking at an event in Chicago with Indigo Ag, Heitkamp noted the "rollercoaster" ride of policy on climate change that, at times, makes Washington, D.C., "irrelevant" in carbon reduction efforts.

Heitkamp noted no new coal-fired power plants are being built in the U.S. and added that financial investors are turning away from fossil fuels and want more emphasis on renewable energy.

"Wall Street won't give you $1 billion to build a coal plant. They are trying to figure out how to continue to punish you for continuing to operate them."

On the court ruling, Heitkamp said Congress will have to decide if they want to reopen major pieces of legislation such as the Clean Air Act and Clean Water Act to more specifically deal with major questions such as climate change and federal waters.

"I think you are going to see a lot of pressure to rewrite the Clean Air Act," Heitkamp said, but added, "There will be a lot of people afraid to open up either the Clean Water Act or the Clean Air Act. I mean, you've been fighting waters of the U.S. (WOTUS) now for 20 years. But how is not having an answer benefiting anybody?" 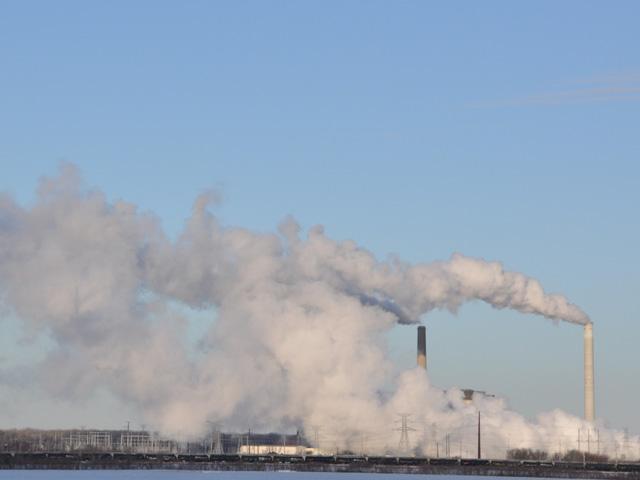