OMAHA (DTN) -- The decision to slap 19% countervailing duties on Moroccan phosphate fertilizers handed down more than a year ago by the International Trade Commission came under scrutiny Tuesday by a federal judge.

Judge Stephen Vaden for the U.S. Court of International Trade sounded sympathetic to arguments from the Moroccan fertilizer company OCP North America that the International Trade Commission (ITC) did not factor in all the reasons phosphorus imports increased from 2017-2019. The ITC ruled in spring 2021 that phosphorus from Morocco unfairly subsidized its fertilizer production and would be penalized with import duties for five years.

In a three-hour hearing Tuesday, Vaden quizzed lawyers from the ITC and OCP North America, as well as attorneys for Mosaic Co., which filed the original petition against phosphate imports. Also part of the hearing were lawyers for other related fertilizer companies, including Koch Industries and J.R. Simplot.

Vaden, a former general counsel for USDA under the Trump administration, will eventually rule on OCP's appeal of the countervailing tariffs. If OCP wins, Mosaic also then can appeal. So, the legal battle on Moroccan phosphate tariffs will not end quickly.

Looking at the volumes of both imports and exports of phosphate from 2017-2019, Vaden pointed out that half of the phosphate mined in the U.S. "was not sold for consumption in this country. It was exported overseas."

Vaden questioned lawyers about how the ITC considered Mosaic's dominant market share in the U.S. phosphate market. Addressing the ITC attorney, Vaden asked, "How much difference does it make that Mosaic is, shall we say, a dominant market participant" domestically?

Later in the hearing, Ken Weigel, one of Koch Industries' attorneys, said Mosaic would not sell to Koch, "So we had no alternative but to import."

Weigel noted Koch is a major producer of fertilizer nationally, but the company does not produce phosphate, so Koch must buy it from others. "It was not a question of price. It was a question that they didn't want to sell it," Weigel said.

Vaden also had several questions about how the ITC viewed the 2019 planting season, which led to 19.6 million acres of prevented planting for farmers due to a series of extreme weather events. The "Black Swan" planting season was referenced in the ITC decision. Vaden highlighted that also likely led to the oversupply of phosphate that year as well and questioned if the ITC fully considered the impact of the weather events.

"It might be reasonable to assume if the weatherman had cooperated, that there would have been an increase in production year over year and an increase in need for fertilizer," Vaden said.

OCP's lawyers argued shortfalls in phosphorus demand were "driven by unforeseeable weather conditions" in 2019. Phosphorus imports in the second half of 2019 fell 22%.

Courtney Sheehan McNamara, an attorney for the General Counsel's Office of the ITC, said there had been a substantial increase in phosphate imports in 2017 and 2018 as well. Vaden and McNamara spent part of the hearing debating interpretations over whether the "absolute" volume of increased imports was "significant" in terms of the domestic market share.

Another aspect was Mosaic's decision to idle a phosphate plant in Plant City, Florida, in 2017 and then close it in early 2019. Vaden and OCP S.A. attorneys pointed to repeated comments by Mosaic's CEO to investors and others that the lost phosphate production from Plant City would leave a 1.1 million-short-ton "hole" in domestic supply that would likely need to be filled by imports.

OCP called the closing of Plant City "absolutely critical" evidence of market need while the ITC viewed it as "besides the point," Vaden said.

James Smith, another OCP lawyer, pointed to the question of oversupply, which was a "lynchpin" in the argument that foreign fertilizer was hurting domestic suppliers.

"For it to be oversupply, it has to be more than the market needed," Smith said.

Paul Rosenthal, an attorney for International Raw Materials Ltd., another distributor of crop nutrients, also pointed to 40 quotes from Mosaic executives about the Plant City closure's impact on supply. He noted supply in North America was also affected by a Nutrien plant closing in Canada.

Mosaic's counsel, who did not name herself in the audio hearing, told Vaden that Mosaic has supplied customers west of the Mississippi River, and Mosaic has submitted "substantial evidence" on its distribution. Mosaic's counsel did not address Vaden's statement that the company was exporting a large share of its production. Vaden noted it was cheaper for Mosaic to ship phosphate to Brazil from 2017-19 than to ship the fertilizer to western parts of the Corn Belt.

But Mosaic wasn't the only company affected by increased imports, said Stephen Vaughn, a lawyer for J.R. Simplot. The ITC looks at the entire industry, and J.R. Simplot saw lost sales in the Midwest as more imported phosphorus flowed up the Mississippi River.

Vaughn also said the rise in imports was not simply tied to a one-year weather event. Trade publications reported on the buildup of inventories due to rising imports, he said. "There was a big surge of imports. Imports came in and weighed on the market for a very long period of time."

Simplot shipments to the Midwest went down during 2017-19 because of subsidized imports coming in and suppressing prices. "There was a big surge of imports (that) came into the market" that weighed on the market for two years, Vaughn said.

Simplot also raised concerns about imports and prices before the case was filed.

After three hours, Vaden closed the public hearing so he and industry attorneys could discuss confidential information on price impact analysis. 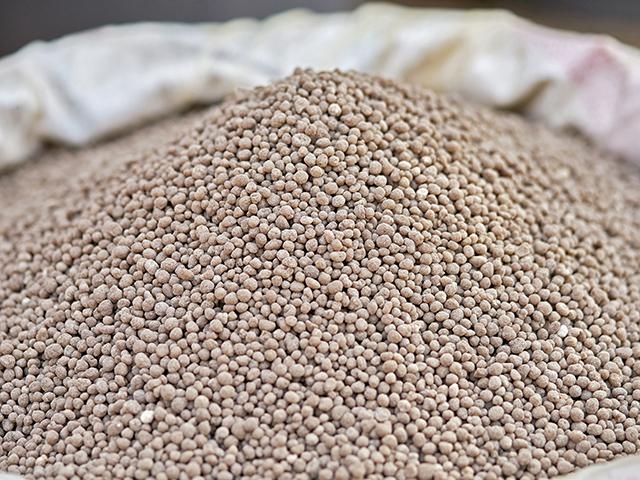