ROCKVILLE, Md. (DTN) -- As planting season nears, the ag input crisis is coming to a head. After a long fall and winter of struggling to find affordable and available fertilizer and pesticides, farmers must head to the field in the weeks to come, with or without the ingredients they need to grow their best possible crop.

"What a mess," lamented Dan Lakey, of southeast Idaho, who worked all fall to prepare for the forecast shortages, laying down fall fertilizer for the first time ever, and chasing down glyphosate supplies nearly a year in advance. But he still wishes he had been able to do more. "We are having a very hard time sourcing fertilizer this spring -- our local distributors won't even quote us a price."

Not all farmers are in the same boat this spring. Every month, DTN polls its DTN Farm Advisers -- a group of nearly two dozen farmers and ranchers -- on crop progress and current events. This month, through emails and phone calls, their answers suggest that farmers in the heart of the Corn Belt have generally faced better and more reliable access to fertilizer and pesticides.

Farmers in Illinois, Indiana, Ohio, Missouri, eastern Nebraska and southern Minnesota were more likely to report success in sourcing and acquiring their inputs. On the fringes -- Maryland, Kansas, Idaho, Texas, Canada, northern Minnesota -- growers were more likely to report being short necessary chemicals, making chemical or crop substitutions, or in some cases, considering abandoning cropping plans entirely from lack of access to the necessary inputs.

Regardless of geography, however, all farmers reported struggling to stomach the soaring costs of fertilizer and some pesticides. "I think Jarret is over the five stages of grief after writing the checks for (inputs)," joked Ashley Andersen of her husband, whom she farms with in east-central Nebraska. Likewise, in Alberta, Canada, John Kowalchuk estimates his crop input costs have jumped at least 50%.

Equally high -- if volatile -- commodity prices promise to help balance sheets out, but sunk input costs could threaten profitability if the weather doesn't cooperate this year.

"I'm used to the uncertainty of growing crops, but this is a new level for me," explained Kyle Samp, who farms in north-central Missouri. "Costs have gone up so much that the gap between insurance coverage and what our actual expenses will be is the largest gap I've experienced. A slightly below APH (average production history) year could be really ugly."

Fertilizer prices are on a solid upward march once again, after a brief reprieve in late winter, noted Russ Quinn, DTN staff reporter specializing in fertilizer coverage. "The last several weeks the market was in a sideways trend, but prices have pushed higher once again," he reported. "Several nitrogen fertilizers continue to be at all-time high prices, according to the DTN data set. Urea had an average of $954/ton while anhydrous was at $1,520/ton, UAN28 at $610/ton and UAN32 at $706/ton." (See more on prices here: https://www.dtnpf.com/….)

There seems to be little optimism for lower prices anytime soon, given global circumstances, Quinn added. "On the demand side, the increasing worldwide appetite for nutrients has drained existing supplies as farmers globally try to raise their yields to capture high commodity prices," he explained. "Supply concerns, from decreased production due to uncooperative weather to untimely tariffs, have limited the supply of fertilizer."

Add in higher natural gas prices and the current conflict raging between Ukraine and Russia, and the result is an unstable global fertilizer supply situation, he concluded.

And fuel costs are causing headaches recently, too. "Supply is readily available because we farm less than 40 miles from a refinery, however the Russian/Ukraine conflict caused prices to rise rapidly," explained Marc Arnusch, who farms in northeast Colorado. "My last tanker load of fuel cost $0.15/gallon more than what I booked it at, simply because of the hourly volatility from the time I ordered it in the morning till when I received it that same afternoon."

Many DTN Farm Advisers reported putting down more fall fertilizer than usual in 2021, in hopes of spreading their risk, and avoiding spring price surges or shortages. In south-central Minnesota, Mark Nowak said some local estimates suggest 90% of the needed anhydrous for the season is already applied. Starter fertilizer is available there, but 60% more expensive than last year, he noted.

Not surprisingly, several DTN Farm Advisers reported experimenting with cutting fertilizer rates to try to tame their input costs. Kenny Reinke, of northeastern Nebraska, cut out his normal dry fertilizer program for phosphorus, potassium and magnesium this spring. He'll rely on his stocked soil bank for these nutrients, and hope prices moderate enough to start back up next year. Nowak is trying out a new biological product designed to optimize fertilizer use and lower inputs. And although Missouri's Samp had access to glyphosate, he said he will "likely drop it out of the program wherever we can, simply from an expense standpoint."

For others, shortages and price spikes required a cropping change. Mike Lass, who farms and ranches in the Texas Panhandle, switched some of his crops to the dicamba-tolerant system this year, partly to tackle volunteer weeds, but also because of limited glyphosate and glufosinate supplies in his region.

Growers are still waiting on deliveries for a lot of their chemicals in west-central Minnesota, which will make the next few weeks a fraught, tense period, said Cody Wahlstrom, who works as an agriculturalist for Minn-Dak Farmers Cooperative. He has also watched growers grasp at new, sometimes dubious sources to get the glyphosate they need for weed control. "I'm a little concerned with a few guys that sourced some no-name glyphosate that I've never heard of," he admitted.

There is a widespread feeling that any inputs in hand will have to last, because there seems to be no flex in the supply chain, added Reid Thompson, of central Illinois. "The concern now will be if something needs to be changed due to weather or delays or regulations this season," he noted.

In central Kansas, Adam Baldwin started hunting down herbicides early last year, bolstered by some leftover supplies of Liberty. He managed to get all his glyphosate, but at the moment, he only has enough Liberty to cover 50% of his soybean acres.

"Products like glyphosate and Liberty are still really tough to get, and the price is almost irrelevant since the input suppliers aren't willing to sell them to you anyway," he pointed out.

In Idaho, Lakey is running out of time to secure spring fertilizer and summer chemicals. "Through four different (fertilizer) distributors, two have quoted prices, but they are good for that day only, and they tell us that even if we bought and paid for it, they are not sure they can get it," he said. "We've started sourcing our summer chemical needs as well and we're running into the same issues there."

The ongoing spread of highly pathogenic avian influenza (HPAI) is teaming up with fertilizer shortages to cause Jennie Schmidt headaches on the Eastern Shore of Maryland, as well. After their poultry litter order was canceled in early December due to a distributor problem, she jumped onto three waiting lists and just when a shipment was ready to come, HPAI hit the Delmarva Peninsula.

"Now there's a quarantine on moving litter in both Maryland and Delaware," Schmidt explained. "We've been waiting for weeks for quotes on commercial fertilizer. If we don't get litter, and commercial fertilizer (costs) make corn not cash flow, we plan to shift some additional dryland acres to soybeans."

Schmidt is also still short on the atrazine she needs for the season, as well as clethodim, which was going to help them terminate cover crops and preserve their limited glyphosate supplies for post-emergence use.

It's hard to look past the 2022 growing season, which has scarcely begun. But several DTN Farm Advisers admitted that potential fertilizer and pesticide supplies and costs in 2023 are already keeping them up at night.

"Supplies are short on most this year, so what will the supply chain and prices bring next year?" as Wahlstrom put it. Illinois' Thompson agreed.

"Late last year, we could find carryover product at reasonable prices," he recalled. "Now it's unlikely any carryover will exist, plus we won't have opportunities to buy cheap."

These "completely unprecedented times" have northwest Ohio farmer Genny Haun gearing up to secure inputs earlier than ever before.

"We are very concerned about supply for the 2023 season," she said. "We are already working with our suppliers now as we can to line things up." 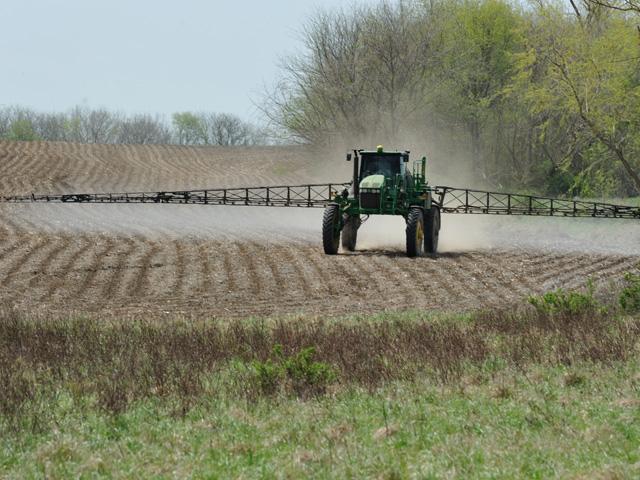