ARLINGTON, Va. (DTN) -- Since Rod Snyder started his job as agriculture adviser to the EPA in the fall of 2021, his phone has scarcely stopped ringing.

The bulk of the calls have been from farmers, industry and state agriculture officials, worried about access to Enlist herbicides and dicamba, as well as the impact of the Endangered Species Act on pesticides, said Snyder, who worked for Field to Market, CropLife America, and the National Corn Growers Association before joining EPA.

Snyder addressed these hot-topic pesticide issues at the winter policy conference of the National Association of State Departments of Agriculture (NASDA), on Feb. 15, and later spoke with DTN, as well.

EPA is currently working toward a long-term goal of getting all the active ingredients it registers into full compliance with the Endangered Species Act (ESA), to stave off lawsuits challenging pesticide registrations -- sometimes successfully, Snyder explained to the NASDA participants.

One of the biggest risks to pesticide access is litigation around the Endangered Species Act, he said. "The agency has lost a number of court cases that have resulted in pesticide registrations being remanded back to the agency for review," he said.

"And there is concern that over time, we could actually lose tools altogether as a result of these lawsuits," he added. "We feel we're at a critical moment in time to look for some longer-term solutions rather than reacting on a court-case-by-court-case basis." See more from DTN on this new policy here: https://www.dtnpf.com/….

Corteva Agriscience's Enlist One and Enlist Duo herbicides, which were set to expire in mid-January this year, had the dubious honor of being the first pesticides registered with this new EPA policy.

"This became an opportunity to actually test out some early ESA mitigation work, in the hopes that we could have a legally defensible label, that if that product was then challenged in court at a later date, that the ESA mitigation efforts were taken care of upfront," Snyder explained.

Those "mitigation efforts" took the form of a few new label additions, such as a "pick list" of field practices (such as riparian buffers) that growers can choose from to prevent runoff. They also manifested as county-level prohibitions on the Enlist herbicides, where the product is completely banned from use in counties where certain endangered species, such as the American burying beetle, can be found.

"There were some counties around the country where the products were actually delisted because, in the timeline we were working under, we couldn't come up with the appropriate mitigation that would ensure that the existence of this species wouldn't be jeopardized in those locations," Snyder explained.

This caused major problems for growers in these counties, who had already committed to growing Enlist crops for the season, Snyder acknowledged, saying it had been the source of "the biggest feedback from the grower community."

"We are beginning to look at some new data that Corteva came forward with on the American burying beetle, some new research and studies that have been conducted that could maybe alter some of those counties, but that will take time," he said. "And we had a January deadline that we had to meet so that registration didn't lapse." See more on this situation from DTN here: https://www.dtnpf.com/….

Overall, EPA is aware that many farmers and ag stakeholders feel that county-level prohibitions are too broad for endangered species protection, and the agency is on the hunt for better pesticide use data and species' habitat data, Snyder said. "I think, over time, we might be more refined in the way we assess that," he said.

In the meantime, EPA is having quarterly discussions with agricultural trade organizations on endangered species mitigation efforts, and growers should consider those groups their representatives at the table, Snyder told DTN. He asked farmers to keep in mind that the process of EPA ironing out new pesticide labels that are fully compliant with the ESA and workable for farmers will not be a quick one.

"It's taken decades to get to this point, and it's going to take at least years to reach a full resolution," he warned.

After the EPA's Office of the Inspector General delivered a blistering report on improper procedures and political interference in the 2018 dicamba registration, which was ultimately thrown out by a federal judge in June 2020, the agency is trying to clean up its act, Snyder told DTN.

One chief complaint of the courts and OIG was that the agency didn't fully consider all available data on off-target movement when it registered dicamba for use in dicamba-tolerant crops in 2018, he explained. "Our team felt that we needed to be fully transparent with what we were learning and seeing for the 2021 season," he said.

That's why EPA dropped its startling report in December 2021, acknowledging widespread allegations of off-target dicamba movement in 2021 and the failure of the new 2020 labels to decrease this problem in certain states, he said. The document is already being used in a federal lawsuit against EPA seeking the dismissal of the 2020 registrations of XtendiMax, Engenia and Tavium. See more here: https://www.dtnpf.com/… and here: https://www.dtnpf.com/….

Snyder said EPA is "eager to work with" states that want to create additional dicamba use restrictions to prevent similar dicamba injury caseloads in 2022. One such state, Minnesota, is actively trying to amend the federal label to do just that. See more here: https://www.dtnpf.com/….

"A couple of state ag commissioners or pesticide regulatory officials have reached out, talking about perhaps different cutoff dates for applications, and we're happy to have these conversations in conjunction with the registrants," Snyder said. "Those are taking place right now, realizing the timing is tricky, with the planting season coming up." Some dicamba registrants, which could include Bayer, BASF and Syngenta, are also talking about "broader amendments on the federal level," but those are "less immediate," Snyder said.

And behind it all? Two federal dicamba lawsuits are looming, one in the DC Circuit Court of Appeals and one in the U.S. District Court of Arizona. "That remains a bit of a risk," Snyder admitted. 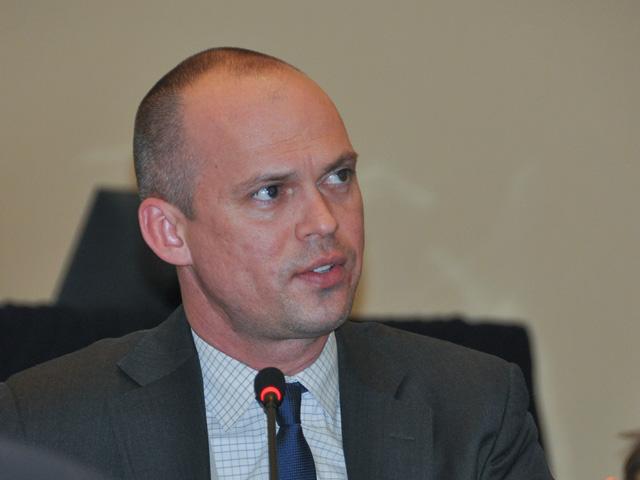