With a no-till, irrigated field of Pioneer's P1222YHR hitting 602.17 bushels per acre, Hula, of Charles City, Virginia, has once again topped the National Corn Yield Contest -- and cemented his status of one of the corn farming industry's all-time greats.

"This is beyond what we thought the theoretical yield limit could even be," he marveled. "Genetics is the first big thing. Second is that water quality in the Chesapeake Bay area has forced us to be so much more efficient with fertilizer -- the timing of the application, the placement, the rates, the nutritional balance."

Hula's quest for corn's highest limits has become a family affair. The second-highest yield in the 2021 contest was raised by his son, Craig Hula, also of Charles City, Virginia, with the same variety, Pioneer's P1222YHR. His plot hit 583.07 bpa and landed him in second place in the no-till, irrigated category.

Don Stall, of Charlotte, Michigan, had the third-highest yield of the contest, with an irrigated field of Pioneer's P0720AM that crested 465.77 bpa. The highest non-irrigated yield came from Kevin Kalb, who pushed a field of DeKalb's DKC69-99RIB in Dubois, Indiana, to 403.8 bpa.

The National Corn Yield Contest, now in its 57th year, is sponsored annually by the National Corn Growers Association. This year, the contest produced 27 national winners in nine production classes. Together, their yields averaged 376.76 bpa, a news release from the NCGA noted.

"This contest offers farmers a chance to come together both for good-natured competition and to help innovate the future of our industry," said Lowell Neitzel, chair of NCGA's Member and Consumer Engagement Action Team, in the release.

So, what does a 602-bpa field of corn actually look like?

In 2019, his record-setting field boasted a lot of double ears. This year, his winning plot had a high percentage of plants with suckers that turned into fully formed corn ears.

A lot goes into pushing a corn plant to pack on so many extra kernels, and Mother Nature played the outsized role she always does, Hula noted. After a brief dry spell early on, near-perfect weather with plenty of sun drove his farm to set its highest yield average across the farm, "fence row to fence row," he said. Then there is Hula's protocol of fertigation throughout the season, with large nutrient loads delivered at very specific growth stages, carefully timed to push the number, depth and weight of kernels to their max.

But recently, the growing market of products, both biological and synthetic, marketed to make nutrients in the soil more available to crops is catching Hula's eyes -- and showing up on his yield monitor.

Although his field was no-till, Hula followed the strips from a previous strip-till year and found his past applications of various humic acid products had left those narrow strips teeming with available nutrients. He's also playing with various new nutrient efficiency products and urges farmers to experiment, too, especially with fertilizer prices at all-time highs.

"The key is to find someone you trust," he said. He gives a new product at least two years across several different field environments to prove itself. "And if it works for three years, it gets on more acres," he said. (See more on navigating this new world of nutrient additives from DTN here: https://www.dtnpf.com/….)

With four world records and top honors in yet another year of the National Corn Yield Contest, one might wonder why Hula is still pushing.

"Being a student of the crop is key -- from a personal standpoint, I just want to see what's possible," he said. "And I'm very competitive. I don't like to be second!"

But he insists he relishes the success of other corn farmers. "I'd truly like to see everybody do better -- I'd be somebody's biggest cheerleader if they broke my world record," he said, adding wryly, "Of course, then I would want to go out and win it back!" 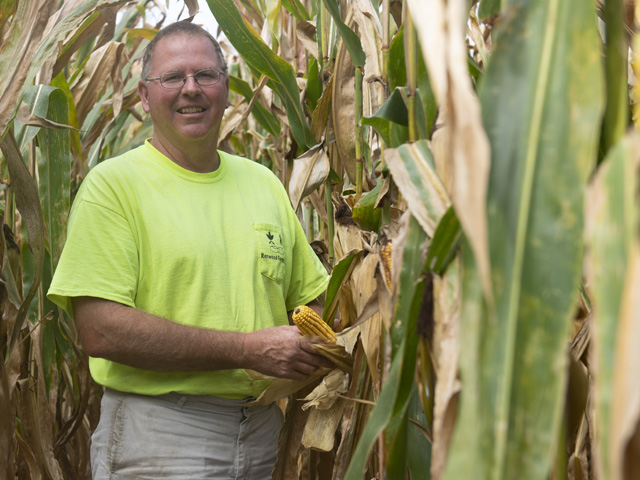