STARKVILLE, Miss. (DTN) -- Larry Steckel may have a doctorate in crop sciences, but he feels more like Dr. Doom when it comes to talking about herbicide-resistant weeds and ways to manage the yield robbers.

"I was told at the back of the room that I wasn't supposed to have any negative comments. But I'm a weed scientist talking about pigweeds, so I will," he quipped, garnering a guarded chuckle from hundreds of farmers and ag industry officials Monday at the annual Mississippi State University Row Crop Short Course in Starkville, Mississippi. The conference ends Wednesday.

Right on cue, the University of Tennessee weed specialist lamented that herbicide resistance is getting worse, especially concerning Palmer amaranth and waterhemp. But that doesn't mean clean fields are a thing of the past.

"We're really starting to see a loss of traction as far as control of pigweeds with auxin herbicides," Steckel said, referring to dicamba and 2,4-D. Palmer amaranth, he added, has developed resistance to nine different herbicide sites of action, including glufosinate that is commonly sold as Liberty.

"In Tennessee, like other states, we're all in with the Xtend trait. We're putting a lot of selection pressure on the technology ... (because) it worked," Steckel continued. "Waterhemp and Palmer amaranth have time and time again developed resistance to a lot of herbicides. They have yet to know defeat."

Steckel said he gets countless numbers of calls from concerned farmers asking how to control pigweeds that dicamba and 2,4-D and other chemicals used to regularly kill. He said some fields have "jail-break populations" of waterhemp and Palmer amaranth.

Combining sites of action can be effective against Palmer amaranth, Steckel said. At two University of Tennessee test locations this year, he said, 2,4-D plus glufosinate and dicamba plus glufosinate both had similar efficacy at more than 80% control.

Many farmers, Steckel said, are finding that lower rates of many herbicides are no longer effective.

"Farmers are going out with considerable rates trying to knock pigweeds down," Steckel continued. "You have to use up to 88 ounces (per acre) and apply timely to get the level of control that a pint provided a few years ago. That's where we are right now trying to manage weeds."

He added, "We're going to have to do things that can't pour out of the jug. We need to use cover crops and just yank weeds out of the field."

A recent bright spot is some cotton growers found that Zidua herbicide applied with fertilizer to cotton in the V6 to V10 stage provided good pigweed and grass control.

Finding creative, new ways to use residual herbicides is more important than ever to battle herbicide-resistant weeds, according to Todd Baughman, a weed scientist at Oklahoma State University.

He said Steckel's assessment that herbicide resistance will continue to be a big problem almost made him sick to his stomach. Crop rotation is no longer an effective weed management practice as it was in the past, Baughman said. Residual herbicides and layering them need to be an important part of any weed control program.

Baughman said keeping fields weed-free during the first four to six weeks of the growing season is crucial. Weed pressure during that time can reduce yields by 1% per day, he continued.

The weed specialist suggests an integrated weed management approach with a focus on residuals. Baughman has seen benefits of using a pre-emergence program that includes a PPO inhibitor, ALS inhibitor and metribuzin. He said even if areas have weeds resistant to PPO and ALS herbicides or the efficacy doesn't last as long as in the past, there's still residual benefits when you combine the products together.

"We have a lot of growers using at least a two- to three-way combination (of residuals) and seen success," Baughman said. "Some farmers may have backed off on that with Xtend and Enlist technologies, but farmers need to get back to that. They will Increase the window of post applications and protect against extreme weather situations."

He added that layering residuals can help keep weeds at bay long enough to apply postemergence herbicides effectively. Also, postemergence tank mixes that include residuals such as Zidua, Dual or Warrant -- all Group 15 herbicides -- can be an affective weed-control strategy, Baughman said.

"Always have a residual out there before the next flush of weeds. That's something we need to think about again to keep weed seed production (down) that will help future generations," Baughman continued. "It's better to have a residual and not need it than to not have it and need it." 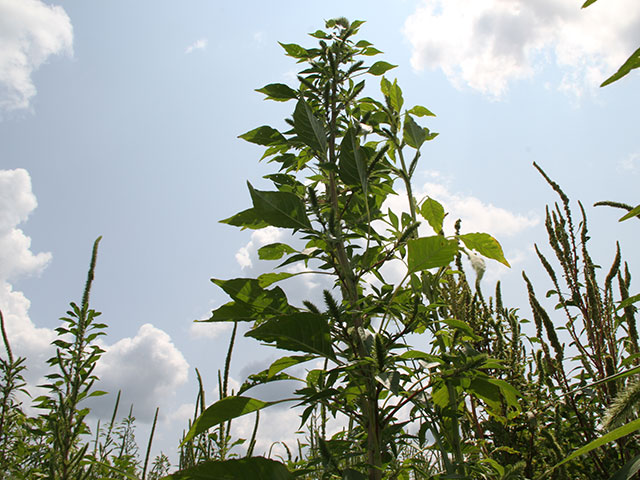