SAVANNAH, Ga. (DTN) -- Global phosphorus (P) fertilizer demand is expected to grow in the coming years, but the market should remain fairly well balanced during that time. Demand increases sparked by increasing usage in various countries, but specifically African countries.

Mehdi Meliani, director of Strategy and Corporate Development for OCP, gave the Phosphate Outlook presentation at the 2019 Fertilizer Outlook and Technology Conference held in mid-November in Savannah, Georgia. He said the industry did face some challenges in 2019 in different areas of the world. However, increasing world demand paints a bright future for the nutrient.

Demand in some major importing markets fell because of various circumstances. Phosphate demand in the United States fell from 4 million metric tons (mmt) in 2018 to 3.6 mmt in 2019, a decrease of 10%.

Meliani said this was because bad weather led to lower amounts of fertilizer applied. Millions of acres were not planted and thus P application did not occur, he said.

India also didn't see an increase in imports: The amount of P fertilizer applied in 2018 was 4.6 mmt and the forecast of 2019 is for roughly the same amount.

Lower demand of DAP, MAP and TSP imports were due to high stocks built up and offset by acid imports, he said.

Meliani said one positive aspect looking forward is the P affordability index appears to be back in line with the area seen in 2016, which is more affordable. The index is a ratio between DAP FOB prices and the crop price index.

"Thanks to its strong fundamentals, the phosphate market has experienced sustainable growth," Meliani said.

Global P fertilizer consumption now sits at just under 50 mmt, he said. The market has increased 1.7% since 2000.

Many countries around the world contributed to this increasing P fertilizer consumption, Meliani explained. India increased consumption from 5 mmt in 2000 to closer to 10 mmt in recent years. Brazil had over 5 mmt in 2018, up from closer to 1 mmt in 2000.

Meliani said Africa had had a sharp increases in P consumption over the last few years. In 2000, P consumption was only 1 mmt -- in 2018, it rose closer to 3 mmt.

One particular success story on the continent of Africa is Ethiopia, he noted.

Meliani said these blended fertilizers are becoming more popular across the globe. Because of this, his company produced more specialized fertilizers.

"We have had 34 new formulas in the last five years and there will be more to come in the future," he said.

Phosphorus fertilizer demand is expected to rise in the long term, Meliani said. The P demand growth forecast from 2019 to 2030 is in the range of 22 mmt to 24 mmt.

Supply should continue to grow, but not a rate to knock the supply and demand balance out of whack, he said. Phosphate rock capacity expansion could add another 29 mmt through 2030 to roughly 66 mmt. 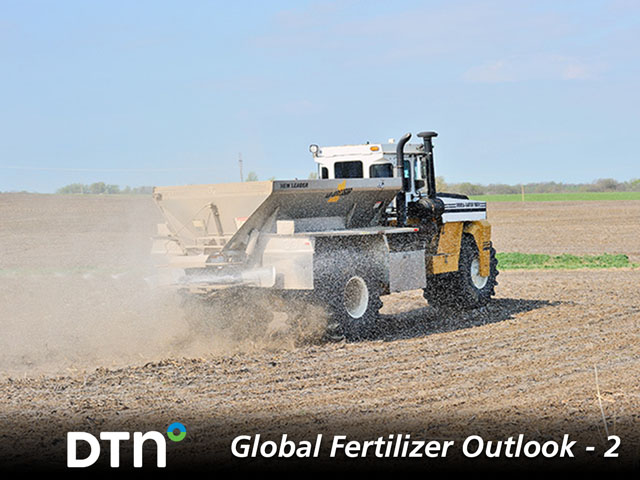