Less known, but nearly as important, is sulfur (S). Plants not only need sulfur but also require it in the right form for plant availability. Research has also shown that season-long availability is vital for most crops.

The Sulphur Institute (TSI) (https://www.sulphurinstitute.org/…) refers to S as the fourth major plant nutrient. It has some key functions, including the formation of chlorophyll, which permits photosynthesis, the production of protein and the synthesis of oils.

Any crop can have a positive response to S, but corn, wheat, soybeans, alfalfa and cotton are the most common recipients. Canola is another crop that has higher S requirements, according to TSI.

Atmospheric deposition, the organic matter of the soil and previous applications are the most common sources of S, according to Ross Bender, senior agronomist for The Mosaic Company.

Historically, crops got much of their S needs from the environment via gas from industrial processes in large quantities, he said.

Environmental regulations altering the composition of fuels and other pollution controls have lowered the amount of S compounds in the atmosphere available for plants. Despite this, the atmosphere and the organic matter of soil will still contribute some S.

Total S requirements are 1 pound of S for every 10 bushels per acre (bpa) of corn or 3.5 bpa soybeans. Subtract from that what is available from the atmosphere and from soil organic matter. The difference is what the plants need.

"The suggested application rate based on 60% efficiency would be 18 lbs. S/ac in corn and 8 lbs. S/ac in soybeans," Bender told DTN.

Bender said S can be applied in the elemental form or the sulfate form. The elemental form will not be available to plants right away, unlike sulfate, which can release the nutrient right away. A product such as gypsum is a sulfate-based S source, he said.

Having different S sources that are both elemental and sulfate will allow plants access to the nutrient all growing season.

Any combination of S-application technologies, timings and fertilizer sources that allow you to provide season-long availability to the nutrient is critical, he said.

"More than 50% of the sulfur uptake in corn occurs during grain-fill," he said.

Soybeans will need more than half of the S needs after the start of seed-fill, he said.

"You can see a huge response yield-wise in corn," Malterer said.

They typically apply N and S together, both right after planting and in a sidedressing operation. Their corn acres receive 25 to 35 lbs. S per acre and wheat gets 20 to 25 lbs. S/ac total.

Malterer estimates 30% to 60% of his agronomic customers in his home area of south-central Minnesota apply S on their corn and wheat acres.

The popularity of sidedressing nutrients may also be helping to increase S applications as farmers attempt to deliver nutrients when needed by the plants, he said. It's simple to apply some S while a sidedressing trip of N is being made.

Malterer also uses hog manure as a fertilizer source on his farm. The S in manure may not be available right away to plants, he said.

Manure is a good source of S, but the amount varies among animal species and the rate of application. About 55% of total manure S becomes available to crops in the year of application, according to the University of Wisconsin Extension. (http://corn.agronomy.wisc.edu/…)

Brittany Bolte, an independent agronomist from Bassett, Nebraska, said farmers in north-central Nebraska have been split since the 1970s in applying fertilizer. Producers in her region use center pivot irrigation systems to apply fertilizer, also known as fertigation.

The region's sandy soil means the holding capacity for fertilizer is low, which is why most nutrients are applied through the pivot as multiple applications as needed, she said. Sandy soils also tend to have less organic matter, so more S has to be applied.

"I would say the last five or six years, our producers have really moved towards using more S, and this has a huge effect on corn yields," Bolte said. "It's an easy sell for S now."

Bolte, who also sells Channel Seed, is seeing more interest from her customers in applying S to soybeans. However, soybeans are still a relatively new crop in the area, and controlling input costs is a consideration.

Malterer said application is the main issue in soybeans. He doesn't apply P and K to land being rotated to soybeans, so there's no carrier for the S, he said.

"How to get it out there is the question, and I haven't really found an answer yet," Malterer said.

Bender said one of his missions currently is to raise awareness of the S need in soybeans. Like with corn, it is critical to have season-long S uptake in beans as well.

So far, the yield response in soybeans has been less than corn. In eight 2016 University and third-party research trials in 2016, soybean yields only increased 1.1 to 1.8 bpa.

Bender said, for the last few years, more studies have focused on the effects of S on soybeans. Growers have shifted to improving their nutrition for beans, he said.

"It's time to start exploring S on soybeans," Bender said.

The University of Minnesota Extension recently published an article about sulfur application in the fall. Here is a link to the article: https://blog-crop-news.extension.umn.edu/…. 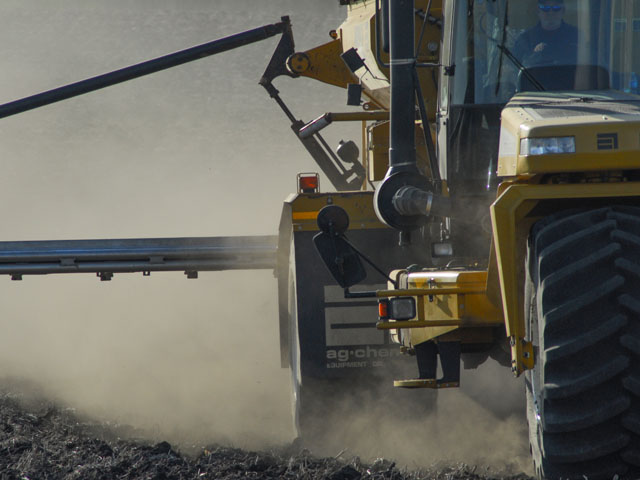