OMAHA (DTN) -- As one might expect, the U.S. fertilizer industry is big business. Thousands of people are employed by the industry, which adds billions to the nation's diverse economy.

But how many jobs and how much money does fertilizer actually contribute? A new economic study from The Fertilizer Institute (TFI), shows the numbers associated with the effects the fertilizer business has on the U.S. economy.

The U.S. fertilizer industry contributes $162 billion to the nation's economy as well as 515,900 direct and indirect jobs with total annual compensation of $36 million in 2014, according to a press release from TFI. The study was conducted for TFI by John Dunham and Associates, and included direct contributions, supplier contributions and includes the entire chain from manufacturers to wholesalers, retailers, and goods and services suppliers.

"We are proud of the economic contribution the fertilizer industry makes to the U.S. economy and the good jobs that it provides," TFI president Chris Jahn said in the press release. "The people we employ contribute to the economics of communities across the nation."

Fertilizer also keeps farmers profitable and helps to grow an excess of $419 billion of crops and livestock each year. Specifically, $204 billion in crops, fruits, nuts and vegetables and $215 billion in animals, meat and milk.

The industry has a $19.4 billion effect on the U.S. transportation economy. Fertilizer is moved by rail, truck and barge from the manufacturing plants to wholesale facilities and ultimately retailers.

In addition, fertilizer businesses also paid $8.4 billion in federal taxes and $6.6 billion in 2014.

The TFI study also broke down the economic effect of the fertilizer industry on the economies of all 50 states as well as the District of Columbia.

Not surprisingly, the states with more population had more jobs and higher wages. Florida led the way with 57,519 direct and indirect jobs with total wages at $3.56 billion. Texas was next with 43,169 total and total wages at $3.35 billion and California was third at 38,235 and $3.1 billion.

A map with data from each state and the District of Columbia is available at https://www.tfi.org/….

Glen Buckley, chief economist for NPK Fertilizer Advisory Service, said he was a little surprised the overall impact on the nation's economy was not a larger number. In a study like this it is often difficult to determine how much fertilizer contributes to the value of a crop.

Buckley said an often-quoted statistic is that 60% of crop output is due to the use of fertilizer. This type of data can be very difficult to find, he said.

In past studies on the economic impact of fertilizer, there were always some questions about how accurate the data was. Did they include the guy who pushes the broom in the fertilizer warehouse, and did they then include the company who made the brooms, he asked.

"The question is how far down the chain you go, you include direct jobs but do you include indirect jobs?" Buckley told DTN. "However, I think these numbers are pretty legitimate by TFI."

Buckley said the main reason for spending the money for a detailed study like this is to have hard data on hand to fight for or against legislation in Washington, D.C. Having this information could be helpful in battling the EPA with new environmental regulations regarding fertilizer or perhaps some sort of congressional legislation not in the fertilizer industry's favor, he said.

"There are a lot of leftists in the government who don't like the fertilizer industry," he said. "This study not only allows fertilizer to defend itself but also puts it on the offensive as well." 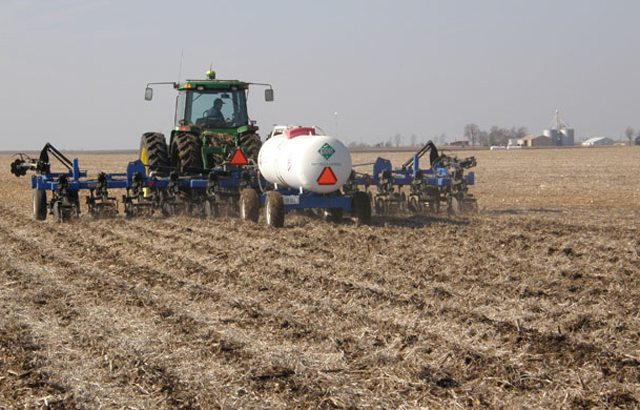