As I was preparing to write this month's column, I saw an article that said the National Cornhusking Championship was celebrating its 100th anniversary Oct 15-16 near Macomb, Illinois.

It is interesting to me that this event has managed to continue every year since 1922. Think about the changes that have taken place in harvesting corn over that time. We went from corn being harvested by hand to being harvested by huge technologically driven combines in a century.

I believe this event was held in Nebraska over the last couple of decades. One year I know it was held near Gothenburg in central Nebraska, and another year it was just down the road from me near Arlington in eastern Nebraska.

I don't have experience hand picking corn, as this practice was a couple of generations before my time. But when I think of picking corn by hand, a couple of different things pop into my head.

My maternal grandma, Genevie (O'Hern) Burke, would tell me about when she grew up on the farm. She was born and lived on a farm near Barnum in northern-central Iowa. She was one of nine children, and during this time, nearly everything on the farm was done with horses. She told me that during harvest, she and her sisters had to drive the team of horses pulling the corn wagon while her dad and brothers picked corn by hand.

She claimed her brothers would "accidently" miss the wagon and hit her continuously with the ears of corn. If you knew my grandma, it was no surprise she lied to get into an Omaha nursing school early and leave the farm far behind.

My other connection to hand picking corn is a ledger book I ended up with that once belonged to my great-grandpa James E. Quinn. The book begins in 1931 and runs to 1948. Clearly, my great-grandma or my grandpa continued the book, as he passed away in April of 1939.

He must have had a hired man throughout the 1930s, as his name appears in it quite a bit. He must have also hired seasonal workers to pick corn by hand every fall, as many other names appear on the lines.

The most interesting thing about this book is to see what my great grandpa was paying the workers during this time.

One of the last guys to pick corn by hand recorded in the book was a Julius Remisk in October 1943. He was picking corn for $0.09 per bushel and only picked corn for four-and-a-half days that fall.

If you do the math, that is only a few dollars a day for that physical labor, depending on how many bushels one picked. The country was in the middle of the Great Depression in 1933, which must be why he was only paying 2 1/2 cents a bushel to pick corn by hand.

In the mid-1940s right after World War II, my grandpa bought a brand-new International Farmall M and some implements, including a mounted corn picker. After that, all the corn he grew was picked by tractor-mounted corn pickers.

Over the years of writing this column, I have written about how I just barely remember my dad and uncle picking corn in the ear.

Having a combine by then meant they didn't need to take the very time-consuming task of mounting the picker on the tractor each fall. After around 1979, the old corn picker just sat in the trees, never to be used again.

It's perhaps a bit of an understatement but picking corn has really changed over the past 100 years. 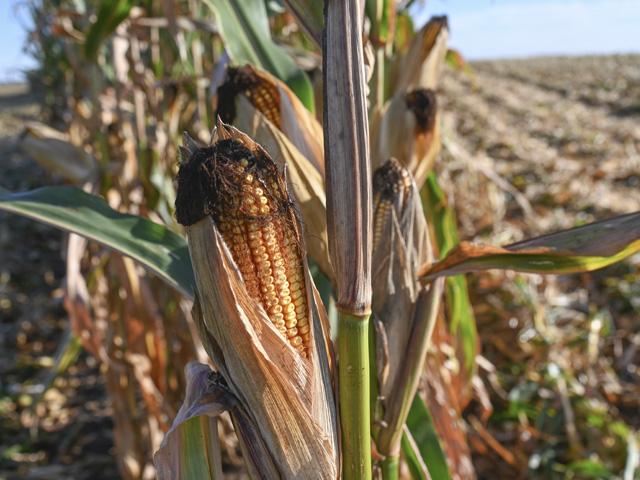