DECATUR, Ill. (DTN) -- My neighbor has a dog that won't stay home. The mutt is of questionable bloodline, but there's little doubt about his bark and his bite. He's successfully attacked me twice.

Encounters and complaints from several neighbors finally resulted in the dog's owner fencing his property. However, the dog still manages to, on occasion, sneak into my yard to dish out some terrorism before heading another quarter-mile down the road to indulge in live chicken dinners.

There's been a lot of big talk and chest thumping in the neighborhood about what happens next. As a dog lover and peaceful soul, I'm conflicted. However, the thought of fencing my own property to keep someone else's dog out does not seem just either.

Sound familiar? It should. Across the farm belt a similar dog-eat-dog power struggle is going on over a new seed trait and herbicide. Monsanto's new Xtend technology that allows crops to withstand dicamba was developed to give farmers another tool to tackle troublesome weeds. But the dicamba herbicide used in that system is now being accused of chemically trespassing and injuring susceptible crops and plants.

You would have had to live in virtual exclusion not to have heard the howling from the agricultural community over this issue. Twitter, Facebook and almost every other form of social media have been flashing pictures of puckered-up leaves on soybeans, tomatoes and trees. From the other side of the fence have come positive photos of soybean fields without a trace of waterhemp, marestail or pesky Palmer pigweed.

As with any legitimate issue, there are plenty of points on each side. However, when EPA finally issued a label for the three herbicides (XtendiMax, FeXapan and Engenia) to be used with the Xtend trait, it gave it a two-year conditional label that challenged applicators to get it right or lose access to the technology. At DTN, we spent the better part of the winter reporting on the many label restrictions and what it would take to spray Xtend crops properly.

As with any new technology, we assumed some growing pains. But the number of formal misuse and injury complaints tied to dicamba are proof we have a problem and not, as some suggest, only in Southern states. Reports of dicamba symptoms are now being recorded across the Midwest.

The wounding in terms of crop yield remains to be seen, but the issue is now tearing at the fabric of rural America. Last year our jaws dropped when an Arkansas farmer allegedly died at the hands of another, reportedly over dicamba-drift issues. Sadly, that horrible incident seems less far-fetched the longer the verbal brawling over the right to spray versus the right to protect wages on.

Farmers that I personally know have come to blows this summer over dicamba. Other farmers that have come forth to share their stories have received threatening messages. As neighbors face off against neighbors, the lawyers are lining up.

We need to take a collective breath. If dicamba trait technology is indeed a tool that we can't live without (a thought that has serious implications in its own right), then the agriculture community needs to come together and figure out why injury is occurring and what to do about it.

So far, the industry has blamed most of the puckered and cupped symptoms on many other things: old chemistry, wrong spray tips, wind, tank mix contamination, more dicamba drift from corn, glufosinate contamination, temperature inversions and drought conditions. There have also been implications that most of the injury has come from applicator error instead of the product volatility being widely reported by the weed science community.

Adding insult to injury are misled comments that injured soybeans will probably yield more or that every farmer should just plant the trait as a defensive measure. These tit-for-tat excuses do nothing to address the current situation. Other sensitive crops and ornamentals are at risk and this is a bigger problem than row crops.

These kinds of answers also don't provide much comfort to farmers who have worked hard for non-GMO contracts, or want to grow specialty crops, or pushed for early planting dates and got bit by late-season sprays. Still others prefer to rotate modes of action and not repeat the mistake of overusing valuable chemistry as has been done in the past.

There's no question the issue is complex, but open communication rather than confrontation is critical. On July 16, Jeremy Wolf, an east-central Illinois farmer that has soybeans injured by off-target movement, hosted a Periscope session on Twitter with the neighbor that sprayed the low-volatility dicamba formulation that caused the injury.

They talked of the wind speed and the weather conditions and what might have gone wrong and pulled actual weather data to analyze. It was an honest discussion between two men that had, ironically, never talked much prior to this incident.

The segment is called "sitting on the swing under the shade talking openly about dicamba" and you can access it here: https://www.pscp.tv/….

Many of the farmers who planted and paid for the seed genetically engineered to withstand these chemistries feel they have the right to take advantage of new technology. They are especially adamant if they experienced good weed control this year.

Those who chose, for a variety of reasons, not to plant the new technology feel they've done nothing wrong. Yet, they find the herbicide nipping at their sensitive crops and possibly their profits.

Then there's the industry, which has invested heavily for years in bringing this trait system to market and have stockholders yapping to see performance. Many major seed companies have placed their bets on the Xtend platform.

In the end, the heart of the issue is the chemical itself. We are fast approaching a critical time when growers will select seed for the coming season. The question must be: Can formulations of dicamba be trained to stay put and behave? If not, then that dog won't hunt. 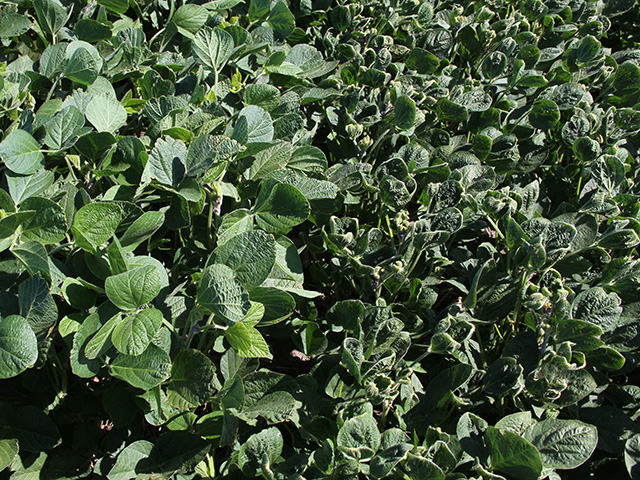 BDukowitz1375121425
7/19/2017 | 6:04 AM CDT
Good article. You are correct,Pam. It is unfortunate that some are driven by greed, regardless the consequences. The pit bull will be shot and the entire breed will get the credit.