With winter on the way -- snow in the North, the "second" tornado season in the South, and ice all around -- it's a good time to take a look at the capacity and condition of your standby electric power system. If you don't have one, it's an insurance investment you'll appreciate when a power outage would otherwise deliver a serious beat down to your bottom line.

Pay for a reliable backup system with the generating power to protect the most critical functions of your farm. An underpowered backup system is not much better than no system at all -- either you have the power to do the work, or you don't.

Generators are sized by the wattage and voltage they produce. There are a wide range of generators that produce as few as 1,000 watts of power and generators 100 times larger and more -- big enough to operate large livestock operations.

The power required to run a piece of machinery is calculated in watts (amps x volts). By adding up the watts to run each piece of equipment, you'll determine the minimum supply of power needed to keep critical circuits energized.

You also want to consider the electricity needed to power the "nice to runs" or those functions that would be useful to have in operation but not critical to the farm's ongoing function.

Think of an additional bank of outlets to power a big screen on a football Saturday or lights to find the nacho tray.

Even without lights, we are not savages after all.

Here are power requirements for common pieces of equipment.

Electric motors require special consideration. An electric motor requires three to seven times the current needed by the motor when it is fully operating.

Here's how to calculate your backup power needs.

-- The running wattage of all other motors.

-- The nameplate wattage of appliances and equipment.

-- The wattage of lights.

Overloading a generator because of a poorly executed backup plan causes poor power quality that damages both the generator and critical equipment systems. On the other hand, it is not a good idea to purchase a generator with an electrical capacity well beyond your power needs. If, during its operation your generator is under only a partial load, the engine may not reach full operating temperature. Over time, that can damage the engine.

A backup generator, whether portable or permanently installed, requires a double throw, or isolation switch. The switch serves several functions, and one critical safety function.

Connecting a generator directly into any point of electrical wiring without a transfer switch is illegal and dangerous because it may cause back feeding.

Back feeding is the result of sending electricity from your backup system out onto commercial power lines. It energizes the transformer serving your farm and could cause the death of anyone working to restore power to your home and farm.

Electrical transformers work the same in either direction. The transformer reduces the 14,000 volts of power on an electrical line to the 240-volt service delivered to your operation. Putting power onto the line from your backup generator through the transformer energizes the line to 14,000 volts.

Installation of the switch and wiring of the critical circuits is a job for a qualified electrician. This is not a job for shortcuts.

Regular maintenance of all three is critical to their performance.

Permanent, standby generators, generally feature an automatic, self-checking function that runs once a week, or so. These self-checks indicate maintenance that needs to be performed.

Portable, engine-driven generators and manual generators (those operated with a power take off) require periodic maintenance.

On a regular schedule:

-- Check both the oil and fuel levels.

-- Change the fuel stored in the generator every six months.

-- Check the units for animal and insect infestations. Mice may build nests inside the protective casing, even around the electrical windings. They may also eat into the windings.

-- Check exhaust systems for nests and other obstructions.

If you looking for more information, here's a pretty good tutorial on standby electric power systems from the University of Georgia. Go to: http://bit.ly/… 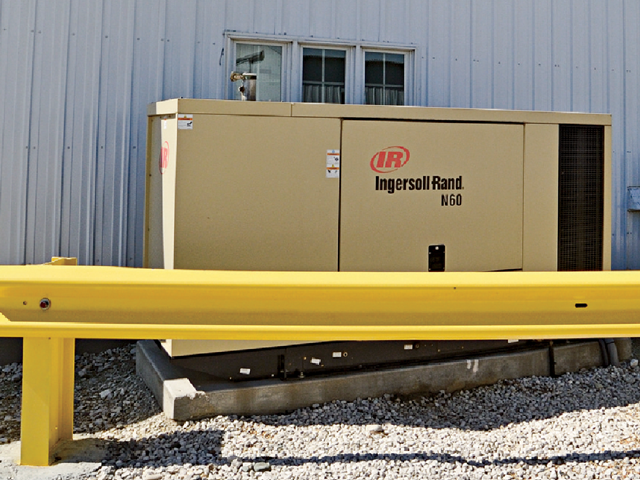