Corn reproductive stages are well underway, with 62% of the U.S. corn crop in the silking stage and 13% in the dough stage as of July 24. Both stages are behind the average pace, although the dough stage total is only four percentage points lower than the five-year average of 17% going into the final week or so of July.

The corn season has also moved into the start of potential yield discussion. USDA is estimating a national corn yield of 177 bushels per acre (bpa) for 2022. There are also many scenarios being talked about regarding average yields and trendline yields and whether this year's crop will approach, exceed, or fall short of these various benchmarks.

One collaborative effort by crop scientists from ten universities and coordinated by the University of Nebraska-Lincoln is called the Yield Forecasting Center. This project is set up to "... provide real-time information on corn phenology and forecasts of corn yield potential every three weeks, starting in mid-July ... " according to a background description of the Yield Forecasting Center. The description goes on to note, "Forecasts will be provided for 41 locations, including separate forecasts for rainfed and irrigated corn in regions where both irrigated and rainfed production are important ... "

The first rendering of the 2022 corn yield prospects from the Yield Forecasting Center (YFC) has been posted using conditions covering the time frame from mid-May to mid-July. And, to probably no one's surprise, projected numbers have a wide difference.

Beginning with non-irrigated corn, here are the findings from the YFC in this initial installment: Chances for yields to be near average are called "relatively high" in Iowa, Minnesota, Illinois, Indiana and Ohio. A contrast in yield potential then extends from Iowa west, with Iowa, Nebraska and Kansas non-irrigated corn showing an increased probability of below-average yields. In the western sector, non-irrigated yield potential is challenged by "... a combination of high temperature, which increases crop water requirements, and low rainfall, with larger negative impact on yield at sites without presence of shallow water tables during the growing season ...," according to the YFC summary. Survey sites in southeast Iowa, southwest Nebraska and southern Kansas are noted as having a high chance of below-average yields. Meanwhile, only the survey sites in northwest Missouri and south-central Illinois were listed as having a high chance of above-average yields at the time of the initial assessment. Other sites listed have "relatively high" prospects for near-average non-irrigated yields.

For irrigated corn, the YFC assessment notes, "Although it is still too early in the season, there is a relatively high probability of near-average yields for all sites." Irrigated corn assessment is especially pertinent to Nebraska and Kansas due to the high percentage of corn grown under irrigation.

Both classes of corn production have the important fill stage ahead and weather during the end of July and August will have a lot to say about whether the initial projections hold up. "Temperature and rainfall during the rest of July and early August will likely define the trend for all sites across the region," the YFC assessment notes.

It bears repeating that these details on corn yield prospects are as of July 19. An update on this project's outlook will be issued in early August. 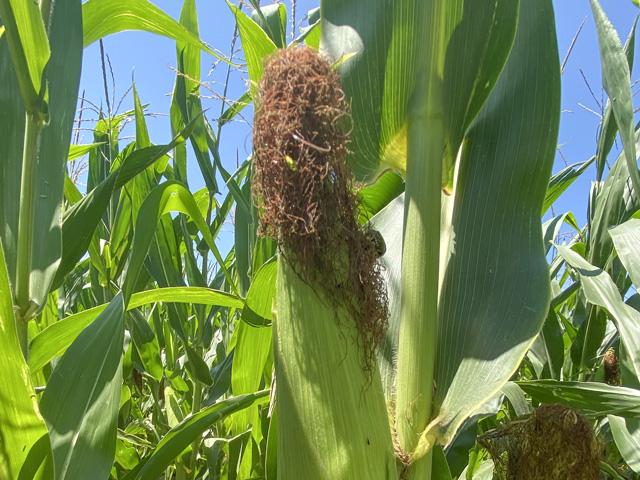