The Senate will vote to confirm Tom Vilsack as Agriculture secretary, on Tuesday, February 23.

The Senate made the decision on Saturday after the vote on former President Donald Trump's impeachment. The Senate has not set a time for the confirmation of Vilsack, who served as Agriculture secretary in the Obama administration.

Both the Senate and the House are out of session this week following the Presidents Day holiday.

The House Agriculture will hold a hearing, Climate Change and the U.S. Agriculture and Forestry Sectors, on Tuesday, February 23.

The hearing will be held at 10 a.m. as a hybrid meeting held in Room 1300 of the Longworth House Office Building and via Cisco Webex.

Due to COVID-19 restrictions, House office buildings are closed to the public, but the hearing will be available on YouTube.

Grassley: No Hearing on USTR Nominee Likely Until mid-March

Sen. Chuck Grassley, R-Iowa, who chaired the Senate Finance Committee in the 116th Congress, said today he does not expect Katherine Tai, President Biden's nominee for U.S. trade representative, to get a committee confirmation hearing until mid-March.

Speaking to rural reporters, Grassley said that Tai might get a Senate floor confirmation vote before the congressional break that begins March 26 for two weeks because she is not considered to be a controversial nominee, but that her confirmation vote might not come until April.

Grassley to Invite McCarthy to Iowa

Grassley also said Tuesday that he will invite Gina McCarthy, President Biden's national climate adviser, to Iowa after she made remarks that the middle of the country needs to be involved in the climate discussion and see “what resilience looks like.”

“Look, we have to get the middle of the country understanding and active on climate. We need to show them what resilience looks like,” McCarthy told an Energy Storage Association virtual policy forum on February 3, Microgrid Knowledge reported.

McCarthy called for moving the climate message from the “coastlines” to “every state in the middle so they can see, not just that climate change is real and the crisis is upon us, but we have solutions. Let's celebrate them. Let's spend money on them. Let's grow this clean energy future that we all talk about, and let's do it now,” Microgrid Knowledge reported.

Grassley said in his weekly telephone call to rural reporters that he considered McCarthy's remarks about the middle of the country “disparaging” and that she needs another visit to Iowa “to see how Iowa has been reducing the country's dependence on fossil fuels” and that Iowans already know a lot about resilience.

Grassley noted that when McCarthy headed the Environmental Protection Agency in the Obama administration, she visited Iowa at his invitation and that separately she also attended the Iowa State Fair.

On her visit with him, Grassley said he showed her biofuels facilities and “in the 12 years since her visit, Iowa has done even more.” On her state fair visit, Grassley said McCarthy was in a discussion about Iowa's voluntary program to clean up the state's waterways and that she spoke highly of it and said it would be good for other states to follow Iowa's lead.

Asked about the likelihood that Biden officials would rewrite the Waters of the United States Rule, also known as the Clean Water Rule, Grassley said, “They are inclined to regulate everybody's life to the nth degree.” The question is, Grassley said, “Could you even farm without getting a government permit?” 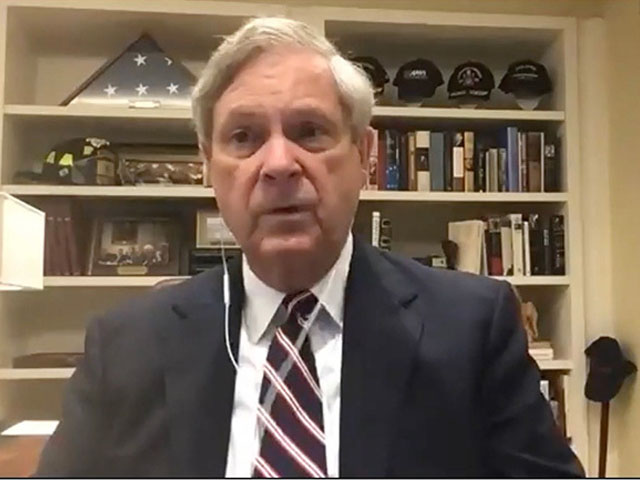