Food and Drug Administration Commissioner Stephen Hahn has told the Health and Human Services Department that he would refuse to sign a proposal transferring regulatory power over gene-edited animals to the Agriculture Department, Politico reported late Tuesday.

Politico said Hahn was concerned about the legality of the transfer and the potential health repercussions of relaxing oversight of certain genetically altered products.

“This is a full frontal assault on public health,” said a person familiar with Hahn's thinking, Politico said.

In a statement, Hahn said the agency “has maintained its commitment to protecting the public health based upon good science,” and that it remains “open to having dialogues with HHS about important public health policy issues,” Politico reported.

An HHS spokesperson said deliberations over the regulation of gene-edited animals are still ongoing and involve the White House and USDA in addition to the two health agencies, Politico said. The department said it notified senior FDA officials before it announced the drug and device policies.

Politico said that the battle over gene-editing is part of a larger dispute between FDA and HHS over enacting major policy changes at the FDA without the agency's input before the Trump administration comes to an end.

In late December, Agriculture Secretary Sonny Perdue announced that USDA was moving forward with an Advanced Notice of Proposed Rulemaking (ANPR) to solicit public input and feedback on transitioning portions of the Food and Drug Administration's pre-existing animal biotechnology regulatory oversight to USDA. Perdue pitched the proposal as a "one-stop-shop" for biotech approvals.

Currently, FDA regulates genetic alterations in animal as animal drugs, which the pork producers and others say adds complications to getting regulatory approval for the animals. Under USDA's plans, the department and FDA would sign a memorandum of understanding turning over oversight for genetically engineered animals for certain purposes to USDA. The department's posting in the Federal Register highlights several questions people should consider and submit comments as the potential for a proposed rule moves ahead. USDA opened an initial comment period for 60 days.

The National Pork Producers Council had praised the USDA plan, arguing that the cost and timeframe for FDA approving gene-editing animals is cost prohibitive. NPPC maintains China, Brazil and Canada are all moving ahead of the U.S. 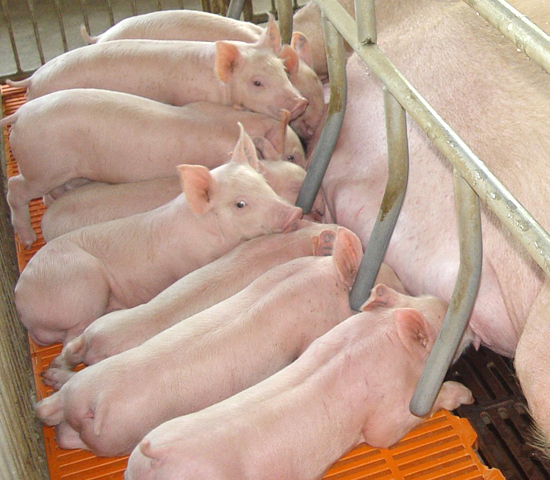