The lobbyists, who declined to be named, said Redding had agreed to be considered for the position. The Pennsylvania Agriculture Department did not respond to DTN Political Correspondent Jerry Hagstrom's inquiries.

Redding was in the news this week for encouraging Pennsylvania hunters to “Share the Harvest” with people who need food by making donations to food banks.

Redding was nominated as Pennsylvania secretary of Agriculture by Gov. Tom Wolf, a Democrat, and confirmed by the state Senate in 2015.

He served a previous term as Pennsylvania Agriculture secretary under Gov. Ed Rendell, a Democrat, from 2009 to 2011.

Redding has worked in the Pennsylvania Agriculture Department a total of 16 years, but was also an agricultural policy adviser to Sen. Harris Wofford, D-Pa.

He is the former dean of the School of Agriculture and Environmental Science at Delaware Valley College (now University), which was founded in 1896 in Doylestown, Pa., as the National Farm School.

Redding was raised on a dairy farm in Pennsylvania. He and his family live in the Gettysburg area, where they are active in the local 4-H Club, according to his Penn State biography.

Redding does not have a large national profile, but he is well known within the National Association of State Departments of Agriculture. He serves on the NASDA board of directors and on the NSADA Foundation board.

He also served as chair of NASDA's Rural Development & Financial Security Committee for a number of years.

He also served as chair of the USDA Advisory Committee on Biotechnology and 21st Century Agriculture.

President Donald Trump won most of rural America in this year's election, but Pennsylvania is one of four states in which former Vice President Joe Biden got more rural votes than Hillary Clinton did against Trump in 2016, according to The Daily Yonder.

The others were Wisconsin, Michigan and Minnesota, which Biden also won this year. 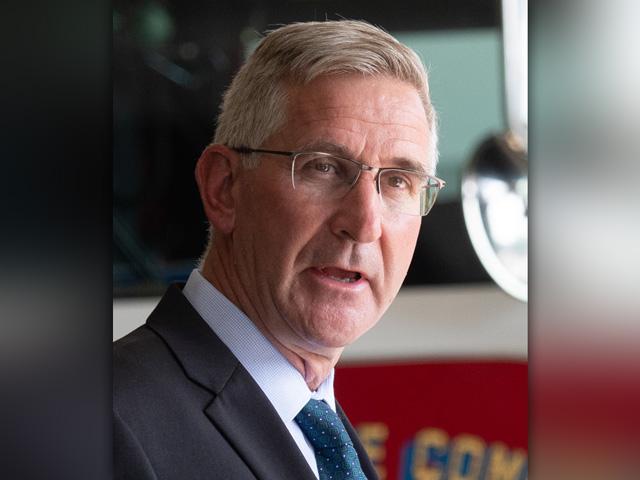