The U.S. Department of Justice has come down on the side of a group of more than 100 dairy farmers in a federal lawsuit against the country's largest dairy cooperative, Dairy Farmers of America.

DFA responded Thursday to the Department of Justice filing, stating that the cooperative does not see that the DOJ's brief has any bearing on the issues before the U.S. District Court in Vermont.

As initially reported by the Food and Environment Reporting Network, a group of 116 northeastern dairy farmers rejected to take part in a prior lawsuit settlement against DFA in 2016 and instead pressed their case in the U.S. District Court in Vermont. The farmers wanted a jury trial against DFA, alleging the cooperative and its marketing arm violated the Sherman Antitrust Act. The lawsuit claims DFA conspired with other cooperatives not compete for farmers, and shared pricing information to discourage competition. The aim was to "depress prices paid to dairy farmers for their raw Grade A milk."

In a brief filed this week, Makan Delrahim, assistant attorney general for the Department of Justice's Antitrust Division, wrote that the anti-trust allegations against DFA fall outside the protections given to cooperatives under the cooperative law, the Capper-Volstead Act. The DOJ brief points to multiple Supreme Court precedents -- including cases involving orange growers and dairy farmers -- in which cooperatives could not conspire to restrain trade or "employ predatory or coercive practices" to stifle competition. If DFA had monopsony power, that would be inconsistent with the Capper-Volstead Act.

In a statement from Monica Massey, DFA's executive vice president and chief of staff, the dairy cooperative stated, "It is well known and understood that the DOJ disfavors antitrust exemptions. That said, we are confident that we have operated within the limited exemptions allowed through the Capper-Volstead Act, which make it possible for farmers and co-ops to work together to sell their products."

Dairy Farmers of America, which has more than 13,000 farmer members, added that the cooperative "was formed by and is governed by dairy farmers and operates for the sole purpose of bringing value to our family farmer-owners across the country. While a small group of disgruntled farmers feel differently, we remain committed to working hard every day to achieve this mission."

The Department of Justice brief also lays out some history of the Sherman Act in 1890, citing that monopolistic practices in dairy and beef cattle made farmers "probably the strongest constituency behind the passage of the Sherman Act." The market exertion of the packers at the time "robs the farmers on the one hand and the consumer on the other," DOJ quoted from congressional statements during debate on the Sherman Act.

In the brief, DOJ states that Dairy Farmers of America bears the burden of proof that the dairy is protected under the Capper-Volstead Act. The defendants must show how their marketing practices were necessary and provide a mutual benefit to the members. This runs counter to DFA's argument that the farmers in the suit have to show DFA's large market share actually resulted from predatory acts. The Organization for Competitive Markets noted, "This argument is extremely significant, because it shifts the burden of proof away from the farmers. OCM has long argued that requiring farmers to show proof of harm is an unreasonable burden, and this argument from DOJ follows a similar line of reasoning," OCM stated.

OCM added DOJ's Statement of Interest "is perhaps one of the most relevant interpretations of the Capper-Volstead Act's intent and purposes" that the group has seen. "The DOJ arguments clearly demonstrate that farmer and producer protection was one of the main reasons for passage of the Clayton and Sherman Acts."

A U.S. district judge ruled last September that the farmers' lawsuit against DFA could move forward. The case was initially set to go to trial July 1, but it was postponed because of COVID-19.

OCM on the DOJ brief: https://competitivemarkets.com/…

Coming out of its summer meeting, the board of directors for the National Cattlemen's Beef Association approved a policy that "supports voluntary efforts to improve cash fed cattle trade."

NCBA stated that the board voted unanimously to support voluntary efforts to improve cash fed cattle trade over the next 90d days "with the potential for mandates in the future if robust regional trade numbers are not reached by the industry."

In the U.S. Senate, Sen. Chuck Grassley, R-Iowa, and Sen. Jon Tester, D-Mont., have a bill that would require each packer to buy at least 50% of their cattle from cash trade within 14 days of delivery for slaughter. The bill has not received a hearing and faces opposition from the chairman of the Senate Agriculture Committee, among others.

The lobby group representing meatpackers declared last week the packers did nothing wrong, based on a USDA report of crashing cattle prices and spikes in boxed beef prices following two major market interruptions over the past year.

NCBA stated in its policy that the cash or spot market remains the base factor for the value of fed cattle, including cattle sold in alternative marketing arrangements. NCBA wants to see a greater push for a more robust cattle trade. A working group of NCBA leaders will consider other market proposals or "triggers" by Oct. 1. If the voluntary approach doesn't work and provide more robust price discovery, "NCBA will pursue a legislative or regulatory solution determined by the membership." 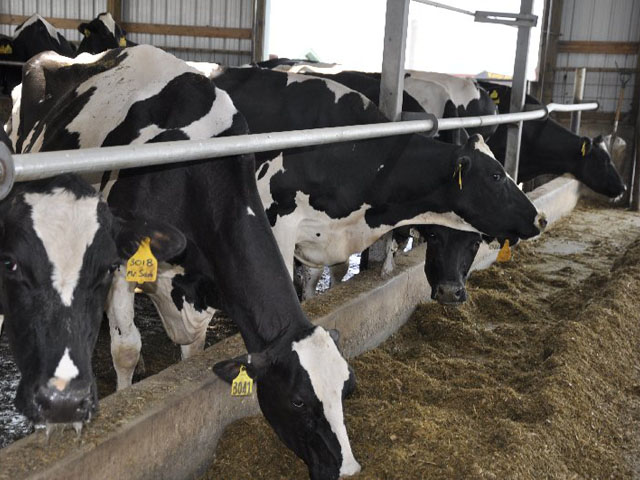