Hurricane Michael landed in Florida Panhandle and Alabama on Wednesday as it seemed to continue building steam and is expected to move northward into the Carolinas, which are just starting recovery from Hurricane Florence last month.

As DTN's Emily Unglesbee reported, Michael will hit cotton production in Georgia and Alabama while much of the crop is still in the field. Peanuts and other crops will be hit as well. Agriculture Secretary Sonny Perdue noted on Fox Business early Wednesday that federal assistance will be there for farmers.

"We obviously have damage. That's what crop insurance is for. That's why the farm bill is important for a safety net of those people who lose everything," Perdue said.

Michael's landfall comes on the heels of Florence, which is projected to have caused $45 billion in damage in North Carolina, South Carolina and Virginia, according to an estimate this week by Moody's Analytics. Another group, CoreLogic, estimated uninsured home and commercial losses alone could total roughly $18.5 billion.

None of those costs bode well for the potential damage from Michael, which Florida Gov. Rick Scott said is the worst storm to hit the Florida Panhandle in a century.

The hurricanes, the lives at risk and the financial tolls they bring are just the latest extreme weather events hitting the country that also has seen wildfires and drought in other parts of the country.

This comes around to attention given this week to the latest climate report released by the United Nations Intergovernmental Panel on Climate Change. The report doesn't specifically mention "hurricanes" but the summary and headline statements frequently reference extreme temperatures, extreme weather, sea level rice, ocean acidity, ocean temperatures and the impacts on land, infrastructure and buildings.

The IPCC report released Monday indicated that if temperature increases aren't curbed by reducing global greenhouse gas emissions, the long-term damage, looking at 2040 and beyond, could be as high as $54 trillion.

A reporter on Tuesday at the White House asked President Donald Trump about the climate report. Trump, in his fashion, said, "It was given to me. It was given to me and I want to look at who drew it, you know, which group drew it," the president said. "Because I can give you reports that are fabulous, and I can give you reports that aren't so good."

These kinds of studies put the Trump administration in a difficult position because the president already announced plans to withdraw from the Paris climate accord. The president's team has been working to scale back the regulatory controls on fossil fuels. But the president, a businessman, might have to start looking at the costs of all these hurricanes and other natural disasters that have become a drag on the federal budget, insurance costs and economic stability in parts of the country where lives, homes, businesses and farms are lost.

It should be noted for anyone who wants the president to read the actual report that these 400-page scientific papers by the Intergovernmental Panel on Climate Change are brutal to read. They are meshed in scientific verbiage seemingly meant to bore the layman into not caring about the main points coming from these 91 scientists representing 40 countries and citations drawing on more than 6,000 studies.

The scientists trying to do some meaningful work get so mired in their numbers that they do a terrible job relating the actual impacts to average people. Even the 1,800-word news release mentions 1.5 C (2.7 F) 26 times in describing their message, but the word "people" is only mentioned three times.

Even the 34-page policy report, a summary, doesn't easily come out and easily highlight risks and costs to governments and average people. Simply put, the difference between 2.7 F and 3.6 F warmer temperatures globally, the risks of droughts and floods are higher, the risks of sea-level rise are higher and the risks of global food insecurity are higher.

They report's premise is already kind of confusing. Global temperatures since the beginning of the industrial revolution are already 1 C (1.8 F) warmer. But the report states we need to put a lid on that temperature rise by 2030 to avoid going another .5 C (roughly 1 F). All told, the scientists detail the difference between a 1.5 C (2.7 F) and going above that to a possibly 2 C (3.6 F) increase, between now and 2050.

To think of economic damages in the trillions of dollars, science should also better relay just what that kind of devastation means to displacing millions of people around the world. Roughly one million refugees from Syria to the European Union destabilized European governments.

The climate report, including the policymaker summary, lacks some aspects that might draw the attention of a world leader such as Trump. "Migration" isn't mentioned in the policymaker report and "population" is relatively limited as well. There is certainly no language linking what might happen on a planet of 8, 9, or 10 billion people when there is a food shortage. For a country with policy leaders focused on building a wall to reduce illegal immigration, just what would be expected to happen if staple crops in Central America become short in supply and high in price? How much more likely is the risk in 2040 and beyond that there will be mass migrations similar to Syrian refugees fleeing to Europe?

Warming more than 2.7 F is not unavoidable, but it does depend on future rates of emission reductions. The problem, in a growing global economy, is that to keep temperature rise under 2.7 F requires reducing greenhouse-gas emissions 45% by 2030 then seek to reach a level of net zero additional emissions by 2050. Essentially, by that time, any greenhouse-gas emissions would need to be offset in some way.

The difference between 2.7 F and 3.6 F could mean lowering global water stress by 50%, but still seeing significant variability in that water stress, depending on the region.

For agriculture and food production globally, keeping a lid on warming to 2.7 F would translate into lessening potential yield losses in corn, rice, wheat and other cereal crops in vulnerable parts of the world, including sub-Saharan Africa, Southeast Asia, and Central and South America.

Livestock would also be affected with rising temperatures, with possible impacts on feed quality, the spread of disease and risks to water availability.

If temperatures kick up warmer than 2 C (3.6 F) then that increases the challenges for food systems and more vulnerable regions of the world, including islands impacted more by sea-level rise.

This is the context often missing in these UN scientific reports that would help a more nationalistic presidential administration understand some of the impacts of climate change that the IPCC is trying to get across.

Part of the reason, though, that we fail to fully appreciate the significance of these IPCC reports is that come out then disappear into history. Congress isn't holding hearings on climate risks or mitigation strategies.

So far, we appear willing to absorb the costs. 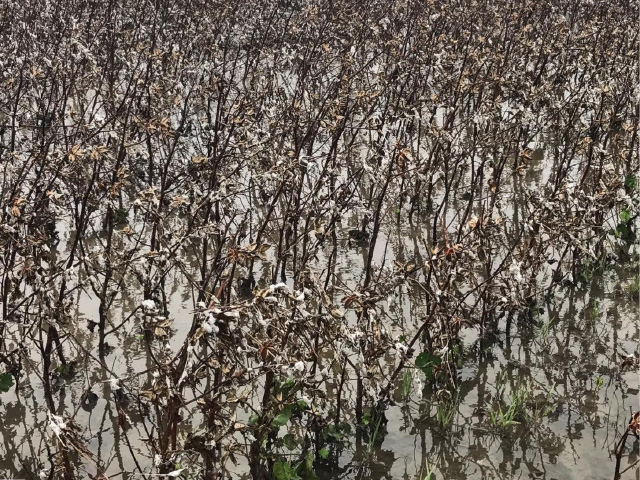 LeeFarms
10/15/2018 | 12:43 PM CDT
Well said. I am in a Master's Degree program right now, and the professor is encouraging us to write in a "scientific style." I am saving my input for my final evaluation that scientific writing is generally pretty bad at actually communicating to a non-scientific audience, which is too bad! And of course the IPCC report is parsed with all-kinds of compromise in what is said. Paul Overby