Live Cattle: The February contract closed at $111.95, up $8.625 on the monthly chart. November saw the market build on its spike reversal from October, with February live cattle closing near the monthly high of $112.525. Monthly stochastics remain bullish, at or below the oversold level of 20%, confirming the market's major (long-term) trend is up with an initial price target of $121.625. This price marks the 33% retracement level of the previous downtrend from $172.75 (November 2014) through the low of $96.10 (October 2016). 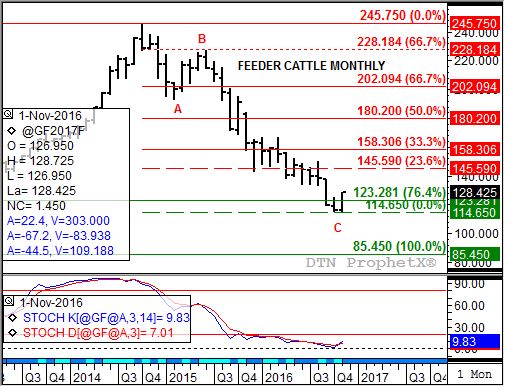