Thanks to a near-perfect growing season after farmers were able to plant early in the spring, the national average 2016 spring wheat yield was at 46.2 bushels per acre. The crop averages a No. 1 dark northern spring (DNS) and is very similar to the 2015 crop for many grade parameters.

"Specifically," reported the NDWC, "the crop averages a 61.6 lb/bu (81 kg/hl) test weight, near-zero damage and 77% vitreous kernels. Ninety-two percent of the samples grade No.1, and 81% are above 60lb/bu (78.9 kg/hl) test weight. The crop average vitreous kernel level is slightly lower than last year, but higher than the five-year average. Vitreous levels are exceptionally high across Montana and the PNW. In the eastern half of the region, portions of the crop are showing slightly lower vitreous counts, due to some sporadic harvest rains. Still, more than two-thirds of the crop exceeds 75% vitreous kernels, the minimum for the DNS subclass."

Protein levels are high, averaging 14.2% (12% moisture basis), up slightly from 14.1% in 2015 and the five-year average. HRS wheat, which typically has higher protein levels than hard red winter (HRW), is expected to be used in greater levels this year by mills, especially for blending the 2016 HRW wheat crop, which had a sub-12% protein average of 11.2%.

The 2016 crop provides buyers with many positive attributes including high grades and protein levels, little to no vomitoxin, and good functional performance overall, especially for dough strength, absorption and bake quality. NDWC added, "Differences in growing season environments created some variance in protein levels and functional performance among cropping regions, but key parameters such as dough stability, absorption and loaf volume all tend to improve with protein content in 2016. Buyers can buy with confidence, but diligent contract specifications are still the best way to get the quality demanded." The full NDWC 2016 HRS quality report can be found at: http://ndwheat.com/…

Farmers in Canada have described the 2016 Canada Western red spring (CWRS) wheat harvest and the inability to harvest the rest of their crop as devastating. Continued rains and then early snowfall across Western Canada has continued to delay the 2016 wheat harvest in Alberta and Saskatchewan.

At the end of September, the Canadian Grain Commission reported 16% of the Canadian Western red spring samples graded No. 1 CWRS, 45% No. 2 CWRS, 22% No. 3 CWRS and 17% Canadian Western Feed. Besides the poor quality due to bleaching, sprout and sub-14% protein, high levels of vomitoxin will not meet the specifications of some foreign buyers, especially Japan who requires, 1.1 parts per million (ppm) or lower.

As of Oct. 24, Saskatchewan reported that 81% of the spring wheat had been harvested and Alberta reported 76% harvested. With farmers still needing to harvest at least 20% of their acres and a downgraded crop on top of their current difficulties, Canada's customers may have to shop in the U.S. for milling-quality spring wheat.

DTN Canadian Grains Analyst Cliff Jamieson told me, "Our sample program has been extended until Dec. 31, so it may be some time before we have full appreciation of the quality we are dealing with. Farmers are reluctant to let earlier high quality go in case needed for blending, while lower quality sits as the industry figures out what to do with it. It is possible combines will be rolling in the spring so this is one ugly, drawn-out harvest."

Recently, weekly U.S export sales have shown an increase in U.S. HRS exports, and milling-quality 14% protein spot premiums have doubled since early September. On Oct. 14, USDA estimated 2016 production of other spring wheat at 534.027 million bushels, down nearly 70 million bushels from the 2015 estimate of 603.2 million bushels. U.S. HRS production for 2016 will likely end up at least 13% lower than in 2015.

Due to the quality and production losses in the CWRS crop and lower HRS wheat production in the U.S., milling-quality 14% protein spring wheat premiums will likely remain strong until the next harvest as exports increase and more HRS wheat is blended into HRW wheat to pull up the protein for flour milling.

After trading spring wheat for more than 15 years, I can tell you from experience that as demand increases for spring wheat, farmers who have good milling quality and good protein in their bins will lock them up tight, knowing that the market will have to come to them. It is and should stay a seller's market under current conditions. 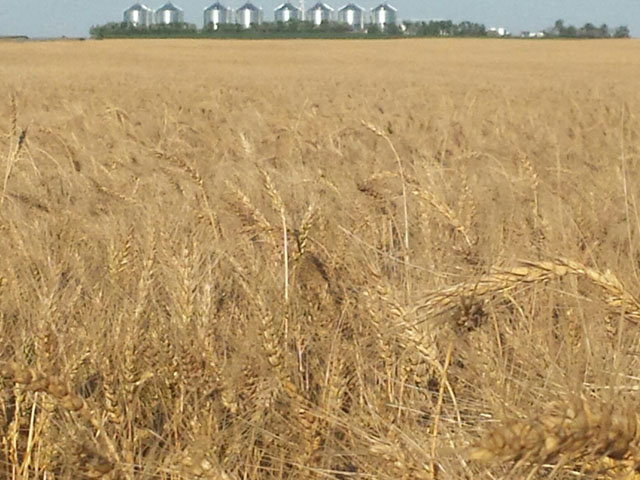