In English, the great Italian opera composer Giuseppe Verdi would be Joseph Green. That's appropriate, for Joe Green had a green thumb.

Verdi was not only one of the greatest opera composers ever. He was also a serious, big-time farmer, who eventually had 2,500 acres in corn, wheat and trees, a very big spread by 19th century Italian standards.

Verdi made a conscious decision to become a farmer. As his opera career took off in the 1840s, starting with Nabucco, an opera that spoke to the Italian people's desire for liberty from foreign oppression and made him an Italian national hero, he saved money to buy land.

In the 1850s, as he was composing masterworks like Rigoletto, Il Trovatore and La Traviata, he took up residence at what he called Sant'Agata, a small plot and modest farmhouse that he would continue building into an imposing farm operation and villa for the next 50 years, adding land and barns and extending and adding to and remodeling the house.

Verdi said he found creative inspiration in his land, located near the town of his birth in Italy's Emilia-Romagna region. He valued solitude and freedom and found both in abundance at Sant'Agata. (His wife, the renowned soprano Giuseppina Stroppone, was less enamored of the solitude so the Verdis spent a few weeks each winter in Genoa.)

It would be wrong to dismiss Verdi as a mere gentleman farmer, although he was certainly that. Although he composed fewer and fewer operas once he reached his 50s, he continued working on them into his 80s, and that work often required him to travel.

But at Sant'Agata, he was a farmer. He loved supervising everything on the estate and was known to spend days in the field, working side-by-side with his employees.

When Italy's city-states freed themselves from foreign domination in 1861, Verdi agreed to serve in the first parliament. He did so reluctantly but ended up spending a few years as a constructive legislator with a strong interest in agricultural and rural-development issues.

With all that's happening in our world, with patrol cars afire and tear gas wafting, why talk about a man who died in 1903? Moments of crisis may actually be a good time to think about the past. It can divert us from our pain, comforting us with a reminder that the present never lasts. There will be a future, hopefully a more peaceful future.

But there's something else. There's a lesson for today in the life of Giuseppe Verdi, farmer. In this polarized age, we are quick to stereotype people, to assume that city folk are all one way and country folk another, to assume people are either with us or against us. The life of Joe Green, opera composer reminds us that people are more complicated than that. The first step to coming together is to treat each other as individuals, not stereotypes. 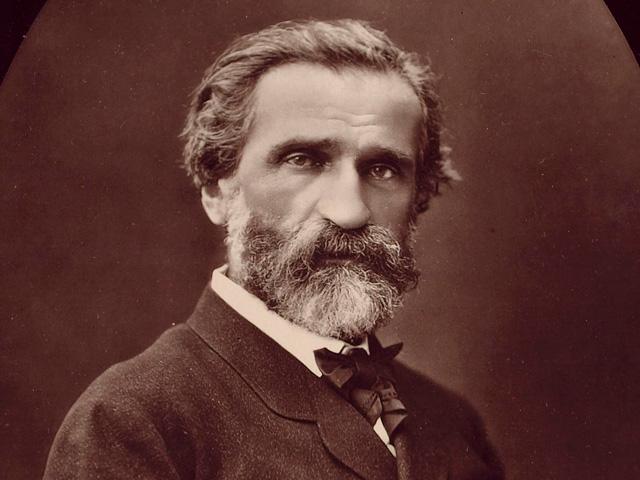