The adage "oats know" has been used by grain traders for over 20 years when the oats futures market has suddenly moved higher during a trading session. It's been thought when oats moved higher, it might be a signal something was going to happen in the other grain markets, especially corn. But it really didn't apply much in 2021. Drought was prevalent all spring and summer, affecting all crop production in Canada and the Northern Plains and Pacific Northwest states in the U.S. So, grain futures reacted on their own throughout the growing season.

The U.S. oats futures are used to track cash prices in Canada, because most of the oats used by U.S. millers for cereals and other human consumption oat products are imported from Canada. Oats futures aren't as heavily traded as wheat and corn and other commodity futures. Open interest in the December '21 contract on Oct. 1 was 3,638 and March '22 contract was 765. From the July '22 contract to the December '22 contract, open interest shrinks from 72 to 35 contracts. The December '21 futures made a historical contract high of $5.95 on Oct. 1 and as of early trading on Oct. 4, that high was breeched at $6.05 and likely isn't the last contract high we will see.

A former oats trader told DTN, "Honestly, futures really don't matter that much anymore. The last couple of years, the contract has been dying. The only players are a couple of specs, Riverland Ag Corporation and Hansen-Mueller. Ninety-five percent of the market trades at a flat price now. Like malt barley, a lot more companies are starting to contract acres. Every year, less and less acres are traded through the open market."

There is a delivery mechanism for CME oats just like all other commodities, but taking delivery is not a guarantee that milling quality oats will or can be delivered. The minimum test weight for delivery is 36 pounds and millers prefer 40 pounds but can use 38 pounds. Besides, there aren't many delivery stocks of oats. The Sept. 24 CME stocks of grains report showed a total of 3.972 million bushels (mb) in Duluth-Superior and a total of 10.644 mb in Minneapolis and 179,000 bushels in Chicago. Here is a link to the CME specs for oats with more delivery information under "exchange rulebook CBOT 15." https://www.cmegroup.com/…

It is highly unlikely oats sitting in delivery houses can satisfy mills this year. The U.S. crop may not be much help either as far as having enough oats to fill the needs of millers. In the Sept. 30 Small Grains Summary Report, USDA painted a grim picture, saying oat production was estimated at a record low 39.8 mb, down 39% from 2020. Yield was estimated at 61.3 bushels per acre (bpa), down 3.8 bpa from the previous year. Harvested area, at a record low 650,000 acres, was 36% below last year. Record low acres were planted in Oregon and Wisconsin. Record low acres were harvested in Maine, Michigan, Minnesota, Montana and New York. Record low production was estimated in Michigan, Montana, Oregon and Wisconsin, reported NASS.

WILL CANADA HAVE ENOUGH OATS TO COVER MILLERS' NEEDS?

The Canadian oat situation will prove challenging for both buyers and sellers for the 2021-22 crop year, at a time when demand is growing.

Even though the demand and processing capacity for oats is growing, seeded acres fell by 11% to 3.423 million acres in 2021, the first drop in acres in three years. Price signals failed to support acres when compared to more profitable crop choices this spring.

Two other factors may further tighten estimated supplies and Canada's export potential. The first is quality issues, with the season's conditions leading to lightweight oats in some areas, which bears watching in future Grain Commission analysis.

The second is in the unharvested acres estimate, which will not be clarified until the next Statistics Canada report in December. Agriculture and Agri-Food Canada commentary points to a higher abandonment rate due to drought conditions and as producers cut crops for feed. At the same time, current Statistics Canada estimates show 2.787 million acres of the 3.423 million acres seeded was harvested in 2021, or 81.4% of seeded acres, which is higher than the five-year average of 80.5% and a higher percentage than four of the past five years.

Interest in oats for 2022 is certain to grow and the hunt for seed supplies will also be a factor in the months ahead. Current milling oat bids are seen as high as $7.00/bushel CAD in Manitoba ($5.54 USD), while Manitoba government data shows producer bids up 119% from one year ago. Saskatchewan and Alberta bids are reported closer to $6/bu.

One thing oats knows for sure is the job of the market in the crop year ahead will be to ration tight supplies. 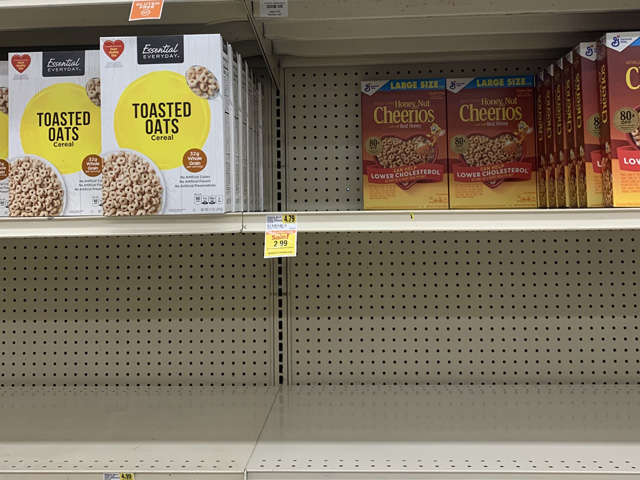