LINCOLN, Neb. (DTN) -- Though agriculture interests have been seeking Clean Water Act clarity for many years, they say in a new federal lawsuit filed on Thursday that the Biden administration's final waters of the U.S. rule has essentially created more doubt about which waters are jurisdictional.

A total of 18 interest groups including oil and housing interests filed a 42-page lawsuit asking the U.S. District Court in the Southern District of Texas in Galveston to vacate the final WOTUS rule.

On Wednesday, the state of Texas asked the same court to vacate the rule, alleging it violates the state's rights by expanding federal jurisdiction over waters otherwise regulated by the state.

Both lawsuits ask the court to find the WOTUS rule to be "arbitrary, capricious, and abuse of discretion" and in violation of the Administrative Procedure Act.

"Instead of providing much-needed clarity to the regulated community, however, all the rule makes clear is that the agencies are determined to exert CWA jurisdiction over a staggering range of dry land and water features -- whether large or small; permanent, intermittent, or ephemeral; flowing or stagnant; natural or manmade; interstate or intrastate; and no matter how remote from or lacking in a physical connection to actual navigable waters," the ag lawsuit said.

"Under the rule, plaintiffs' members will constantly be at risk that any sometimes-wet feature on their property will be deemed WOTUS by the agencies using vague and unpredictable standards -- making normal business activities in that area subject to criminal and civil penalties."

Both lawsuits allege that much of the language used in the final rule is "vague" and left wide open to interpretation.

The ag, oil and housing groups said in the new lawsuit the rule "effectively reads the term 'navigable waters' out of the CWA" and replaces it with the significant-nexus standard that "has no basis in the CWA."

The lawsuits were filed even though the new WOTUS rule does not officially become law until sometime around March 1.

The lawsuit filed on Thursday said the new WOTUS rule "imposes impossible and unpredictable burdens on landowners, users and purchasers."

The new rule, the lawsuit said, requires landowners to "assess not only their own land, but also vast expanses of land beyond their own holdings, using multiple vaguely defined connections to potentially remote features, in an effort to determine if their land is regulated under the CWA."

"The federal agencies are casting a broad, amorphous shadow over the economy through the final rule," Texas said in its complaint.

"As described previously, the final rule seeks to subject the state of Texas, its agencies and its citizens to a costly and confusing regulatory framework affecting large, crucial portions of the economy -- agricultural development, construction and maintenance of infrastructure, energy development and management of state-owned lands to name a few -- with the risk of potentially incurring daily civil and/or criminal penalties of non-compliance."

Texas said the EPA and Corps of Engineers seek to "expand their own authority without clear statutory support when the CWA itself specifically recognizes, preserves, and protects the primary responsibilities of the states to plan the development and use of their land and water resources."

The state argues Congress has not "clearly empowered" federal agencies to "interpret their own jurisdiction" and "exert unheralded" power over the U.S. economy.

The Texas complaint points to several concerns regarding the specificity of WOTUS definitions finalized and asserts some definitions were crafted to allow the federal government to assert jurisdiction.

"The final rule also lacks clarity, leaving those wishing to identify the ambit of federal power over dry land or minor water features at the mercy of an expensive, vague and arbitrary analysis, lest they face a staggering criminal or civil penalty," the lawsuit said.

The EPA and Corps faced criticism for not waiting to finalize the rule until the Supreme Court issued a ruling in the pending Sackett v EPA case. In that case, the court has been asked to consider the proper test for determining whether wetlands are jurisdictional.

"Inexplicably, the federal agencies have chosen to hammer through the final rule rather than await instruction pending from the Supreme Court," Texas said in its lawsuit.

As written, the complaint said, the final rule allows the federal agencies to exert jurisdiction over interstate waters without performing evaluations.

"The federal agencies include 'interstate wetlands' in this category -- regardless of whether the wetland is adjacent to any other jurisdictional water -- simply for the fact that the wetland crosses state lines," the lawsuit said.

"Moreover, the final rule allows for cascading expansion of federal authority from these non-navigable 'interstate waters' by lumping even a minor water feature (like a ditch, ephemeral stream, pond, or isolated wetland) that crosses state lines in with traditional waters, expanding the federal agencies' authority to all wetlands, tributaries, impoundments, or other waters connected to these minor water features."

Texas said the agencies wrote the rule in such a way to allow them to "have it both ways" when it comes to questions of jurisdiction.

"This catch-all approach requires landowners to both monitor hydrological developments related to tanks and ponds after their creation and also know the historical classifications of water features located on their properties. Rather than add clarity, the final rule creates complication and confusion."

DITCHES, CANALS COULD BE TRIBUTARIES

The lawsuit said the final rule makes it possible for ditches and canals to be tributaries so long as they contribute flow to a traditional navigable water.

"Those tributaries are jurisdictional tributaries when they meet either the 'relatively permanent' or 'significant-nexus standard,'" the complaint said.

Although the expected Supreme Court ruling in Sackett could affect which wetlands are jurisdictional, the complaint said the agencies deem wetlands as adjacent to navigable waters if they are "reasonably close enough to modulate the quantity or quality of jurisdictional waters."

"Pairing the federal agencies' 'adjacency' analysis with the overly broad and vague language in the relatively permanent standard or significant-nexus standard gives the federal agencies almost unfettered discretion in determining if 'adjacent wetlands' are 'waters of the United States,'" the complaint said.

In addition, the state expressed concern about a WOTUS category of waters called "other jurisdictional intrastate waters."

The complaint calls it a "catch-all" category that allows the agencies to claim jurisdiction of intrastate lakes, ponds, streams or wetlands that are not already identified by the new rule.

EPA and the Corps can do that if such waters satisfy either the relatively permanent standard or significant-nexus standard.

"Due to the overly broad definitions and application of the other four categories to determine jurisdictional waters and standards, this category for other jurisdictional intrastate waters swallows up any potential remaining waters not already under the federal agencies' authority," the lawsuit said.

As was a major concern by agriculture groups about the 2015 rule, Texas said in its lawsuit the use of the relatively permanent standard could conceivably make stream beds that remain dry for "substantial portions" of the year. 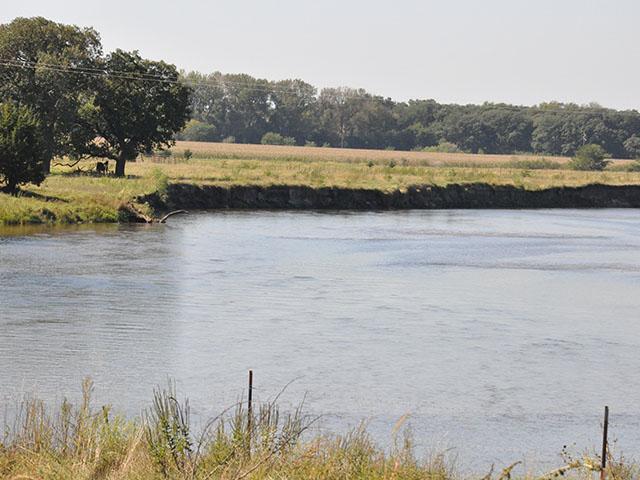