LINCOLN, Neb. (DTN) -- Though the EPA is selling the latest waters of the U.S. rule as bringing needed clarity and certainty to farmers and ranchers, agriculture interest groups and others said the Biden administration's iteration of the rule will complicate life on the farm.

The EPA announced a final WOTUS rule that restores the use of the so-called "significant-nexus" test when making Clean Water Act determinations, one of the centerpieces of the 2015 Obama-era rule that drew a flurry of lawsuits.

Leading up to the finalized 2015 rule, ag and other interests raised concerns significant nexus could allow federal agencies to claim jurisdiction of dry land features.

American Farm Bureau Federation President Zippy Duvall said that while farms and ranches will benefit from ag exemptions written into the law, there is no clear way for producers to determine what waters on their property are jurisdictional.

"Farmers and ranchers share the goal of protecting the nation's waterways, but they deserve rules that don't require a team of attorneys and consultants to identify 'navigable waters' on their land," Duvall said in a statement.

"EPA has doubled down on the old significant-nexus test, creating more complicated regulations that will impose a quagmire of regulatory uncertainty on large areas of private farmland miles from the nearest navigable water. Even more puzzling is the administration's insistence on moving forward with a new rule while the Supreme Court is about to issue a decision on the scope of the Clean Water Act."

The Supreme Court heard oral arguments in Sackett v. EPA in October. The court was asked to consider questions of how the agency should determine whether wetlands are jurisdictional.

"A ruling in the Sackett case could send WOTUS back to the drawing board, so it makes no sense for EPA to issue a rule that will only cause more disruption and uncertainty," Duvall said.

"The back and forth over water regulations threatens the progress made to responsibly manage natural resources and will make it more difficult for farmers and ranchers to ensure food security for families at home and abroad."

Pacific Legal Foundation attorneys who argued the Sackett case were among those requesting EPA to delay the rule pending an expected ruling in the spring.

"There is no reason to believe they have got it right this time. The definition of waters of the United States shifts with each new presidential administration, providing property owners with no long-term clarity. Absent definitive guidance from the Supreme Court, a lawful, workable, and durable definition of 'navigable waters' will remain elusive."

NCBA and other ag groups supported the Trump administration's Navigable Waters Protection Rule because it created obvious delineations for landowners to follow.

"While the rule retains longstanding, bipartisan WOTUS exclusions for certain agricultural features, it creates new uncertainty for farmers, ranchers and landowners across the nation," Hart said.

One major gap in the new rule, she said, is it "fails to clearly exempt" isolated and ephemeral features from federal jurisdiction.

"Today's rule is a far cry from the regulatory certainty provided by the Navigable Waters Protection Rule, creating a significant and costly burden for agricultural producers," Hart said.

"The timing of this rule could not be worse. The Supreme Court is currently considering Sackett v. EPA, which will provide much-needed clarity related to the WOTUS definition. Today's final rule seeks to directly preempt ongoing Supreme Court litigation, leaving farmers and ranchers with more questions than answers."

National Association of Wheat Growers CEO Chandler Goule said he believes the EPA "rushed" to finish the rule. NAWG was one of several ag groups to file an amicus brief in the Sackett case.

"While we continue reviewing the final rule, since the rulemaking process was announced last year, NAWG has stressed that farmers need clarity regarding jurisdiction, recognize important agricultural water features, and more long-term certainty from the courts and administrations," he said in a statement.

Stuart Gillespie, senior attorney with Earthjustice, said the new rule is grounded in science and protects waters across the country.

"This rule tracks the familiar framework that the agencies have applied for decades to protect our nation's waters," he said in a statement.

"The agencies grounded their approach in the scientific record, which underscores the many waters are connected and thus must be protected to safeguard downstream communities and the environment. The rule also resoundingly rejects the Trump-era approach, which unlawfully and unscientifically rolled back Clean Water Act longstanding protections."

However, Gillespie said he is concerned the Supreme Court may dial back on the EPA's approach.

"The court's move and the views expressed by some justices at oral argument, raise further concerns about the court's willingness to disregard traditional principles of judicial restraint in service of a deregulatory, pro-industry, and anti-environment agenda," he said.

"The regulated community and many states have called for a rule that provides the clarity and certainty essential for predictable and efficient permitting," WAC said in a statement.

"Unfortunately, the agencies failed to pay attention to the input they received during their public comment process, as well as their regional roundtables on the proposed rulemaking. Instead, the rule's reliance on vague terms will make it very difficult for any business or individual trying to comply with the Clean Water Act let alone the many small businesses that we represent."

Chairman-elect of the House Committee on Agriculture, Rep. Glenn "GT" Thompson, said the latest WOTUS rule is another strike against farmers and ranchers.

"Since day one of the Biden administration, America's farmers, ranchers and producers have fallen under constant attack," he said in a statement.

Rep. Peter DeFazio, D-Ore., said in a statement the Biden administration made the right decision in removing the "illegal Trump-era dirty water rule" and replacing it with "familiar, bipartisan regulations that have dictated the protection of clean water for decades."

Sen. John Barrasso, R-Wyo., said there is little difference between the 2015 WOTUS rule and the Biden rule.

"President Biden is raising from the dead the failed policies of the Obama administration," Barrasso said in a statement.

"The waters of the United States rule is one of the worst offenders. This misguided rule suffocates Wyoming's farmers, ranchers and landowners alike. Make no mistake, this isn't about protecting America's waterways -- it's about putting Washington in control of everything from ponds to potholes.

Sen. Kevin Cramer, R-N.D., one of many lawmakers that asked the EPA to delay the new rule, said he doesn't believe the rule will stand legal scrutiny.

"The regulatory ping pong of WOTUS regulations will seemingly never end," he said in a statement.

"Establishing a new WOTUS definition before the Supreme Court has ruled on Sackett v. EPA only adds to the regulatory confusion. When Administrator (Michael) Regan and Assistant Administrator (Radhika)Fox visited North Dakota, I reiterated the empowerment of EPA and Army Corps bureaucrats by giving them federal authority over non-navigable ponds, ditches and potholes is a recipe for disaster. We need an enduring, legally defensible rule to provide regulatory certainty."

Iowa Republican Sen. Joni Ernst, a member of the Senate Agriculture Committee and the Senate Environment and Public Works Committee, said the new rule is a federal "overreach."

"The Biden administration's untimely and out-of-touch new waters of the U.S. rule is ambiguous and expansive," she said in a statement.

"Our farmers and business owners are suffering from regulatory whiplash and continue to bear the brunt of the left's radical climate agenda." 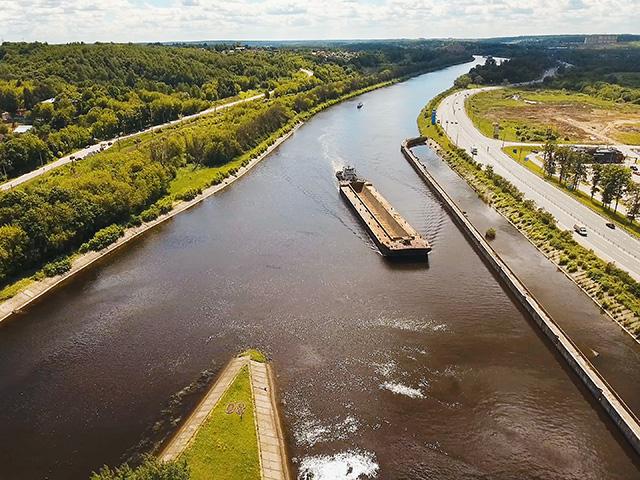