Looking at agricultural losses in her country from floods, hurricanes and wildfires, Canadian Agriculture Minister Marie-Claude Bibeau said her government's approach to greenhouse-gas emissions must be "unapologetic and ambitious," but also work with agriculture on a voluntary strategy to hit those targets.

"We have decided to put in place a target to reduce emissions caused by fertilizers -- mainly nitrogen fertilizers," Bibeau told DTN in a phone interview Tuesday. "So the target is to reduce the emissions by 30%, not the fertilizer itself. Because we know we can do a better job of management of the fertilizers. We can also find alternatives, and we can have better management in areas like cover cropping."

The target is to lower emissions 30% from 2020 levels, but Bibeau said she believes Canadian farmers can hit the target without losing production in the process.

"There are plenty of things we can do to improve our yield," Bibeau said.

"So, you know, a better management of fertilizers is already a very good start to reduce emissions," she said.

The agricultural minister had expressed her frustration over disinformation she has seen in media about the federal government's goals. Some critics of the emissions strategy have characterized the Canadian government is pushing to reduce fertilizer use 30%, "which is totally not the case in Canada," she said. "Our approach is not towards a mandatory reduction of fertilizer, not at all. It is much more looking at an incentives approach."

Bibeau points to programs such as Canada's On-Farm Climate Action Fund, which provides funding to farmers to encourage them to adopt climate-smart practices -- much along the same lines as USDA's Partnership for Climate-Smart Commodities. Research farms and labs tied to Agriculture and Agri-Food Canada are also working to find the best approaches to reduce emissions, she said. That includes a program called Living Lab that connects the scientists with farms in the field.

Canada also has some programs to help farmers purchase new equipment that may be more energy efficient or focus on precision agriculture as well, Bibeau said.

"We know it's ambitious, but once again, it's not mandatory," she said. "We want to do everything we can to work with the industry. We work with the provinces to put in place incentives so we can go as far as we can and as fast as we can."

The federal government and provinces in July signed the Sustainable Canadian Agricultural Partnership that boosts farm subsidy payments in Canada $500 million to $2.5 billion over the next five years. The partnership included language to lower overall agricultural emissions by 3 million to 5 million metric tons of carbon equivalent per year, starting next April. The partnership calls for lowering total emissions from fertilizer, but included language that "the goal of lowering emissions from fertilizer production should not come at the expense of the viability of the agricultural sector."

Still, conservative led provinces have ramped up complaints. Last week, a resolution was introduced in the Manitoba legislature calling on the federal government to scrap its fertilizer emission plans.

Farm groups raise concerns, as DTN highlighted last week, about the emission reductions translating into lower yields and lower production at a time when worries about food security are heightened. Bibeau said climate change itself leads to lost production.

"The biggest threat to our yields and to our food security is the climate crisis," Bibeau said. "It is floods, it is drought, it is hurricanes -- these are the real biggest threats to our agriculture. And that is why we have to be unapologetic and ambitious. And the approach we have chosen in Canada is through incentives and collaboration."

Bibeau spoke to DTN on Tuesday while headed to Nova Scotia and Prince Edward Island to meet with farmers impacted by Hurricane Fiona last month.

"It has been a real disaster," she said. "On so many farms, many barns have been blown away from the dairy farms. The cows survived but they have no more walls or roof over their heads. Many of the apple orchards and other fields have been flooded. Maple trees have been severely affected. Greenhouses have been blown as well. So it's pretty devastating."

Right now, Bibeau said the provinces are still trying to assess the total costs, but the federal government will "unlock different risk management programs" in the coming days and weeks. "Depending on the type of reconstruction that is needed, we will try to put in place the best support we can to help our farmers rebuild their infrastructure and their animals as well," Bibeau said.

Bibeau recalled going to British Columbia last fall after flooding there. Drought and wildfires over the summer in 2021 in British Columbia gave way to torrential rains and floods. That disaster cost the federal government $5 billion to repair infrastructure and agricultural losses were estimated at about $285 million, including losses of thousands of cattle and other livestock.

Bibeau has been agricultural minister since March 2019 when Prime Minister Justin Trudeau named Bibeau as the first female in Canadian history for that role. Bibeau also comes from Quebec, a province critical to Trudeau electorally but also a base for Canadian dairy policy as well.

"We discussed a lot about making sure we keep borders open and that we have trade that is based on rules and science -- that is transparent," she said. "This is also something important to global food security." 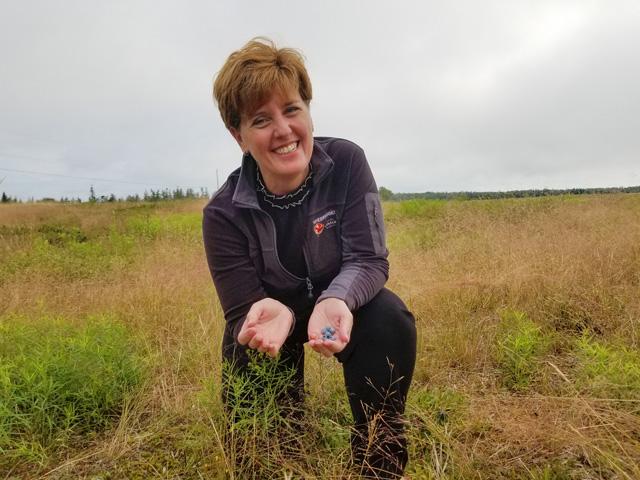