OMAHA (DTN) -- USDA's rural watershed and flood prevention program is just one area that will see an injection of funds under the Infrastructure Investment and Jobs Act (H.R. 3684) as the Senate continues to debate the bill.

Senators continue votes to amend the 2,700-page bill, which is projected to increase spending on an array of infrastructure projects by $550 billion over the next decade, topping more than $1 trillion in total spending.

The bill has dozens of provisions that set aside specific funds for rural projects such as roads, bridges, waterways and broadband.

For electric infrastructure upgrades in rural America, as much as $1 billion is authorized to help improve the electric grid in towns or unincorporated areas with 10,000 people or fewer. Another $1 billion is set aside for rural water grants.

"From rural towns to struggling cities, the deal invests in water infrastructure across America, including in Tribal Nations and disadvantaged communities that need it most," the White House stated.

Sen. Chuck Grassley, R-Iowa, who was among the GOP senators last week who voted to advance the bill, said agriculture and other businesses rely on good infrastructure.

"It takes good roads and bridges and inland waterways to move our products to market," Grassley said. He added that another key aspect is the broadband investment. "There's a real shortage of good broadband service in rural Iowa, and not just for the farmers, but everyone else who is living in rural Iowa."

The bill includes another $65 billion to expand broadband services nationally. The text explains that section makes "an historic investment in broadband infrastructure deployment, just as the federal government made a historic effort to provide electricity to every American nearly 100 years ago."

"Biofuels" are mentioned just four times in the bill. One involves a study on manufacturing fuels. Another mention on zero-emission buses includes biofuels, liquified natural gas, compressed natural gas, hydrogen and propane as "alternative fuels" under the program.

A clean hydrogen research program adds language to include fossil fuels with carbon-capture technology, as well as ethanol and other renewable energy sources. Another provision on clean hydrogen strikes language for "renewable fuels and biofuels" to add "fossil fuels carbon capture, utilization and sequestration, renewable fuels, biofuels and nuclear energy." On a pilot program to develop low-emission fuels for ferries, "alternative fuels" include ethanol, as well as methanol, natural gas and "liquified petroleum gas."

Grassley said Sens. Joni Ernst, R-Iowa, and Amy Klobuchar, D-Minn., are working on provisions to address biofuels more in the infrastructure bill. While Democrats also wanted to invest heavily in electrification of mass transit, some provisions were added for biofuels as well, Grassley noted.

Colorado Sen. Michael Bennet, a Democrat, announced several provisions in the bill, including $300 million over the next five years for wildfire recovery. The bill includes $50 billion for natural infrastructure restoration, resilience and reclamation, including major investments in water infrastructure.

"From supporting wildfire recovery efforts to investing in carbon capture projects, this legislation is a good initial investment in building the 21st century American infrastructure that this moment demands, and I'm grateful my proposals were included in this bill," said Bennet. "But with wildfires, mudslides and flash floods tearing through Colorado, it's clear there's a lot more we need to do to protect our communities and fortify against natural disasters that have become more severe as a result of climate change."

Orphaned oil and natural gas wells around the country will get $4.7 billion for programs to plug, remediate and reclaim those wells on federal, state, and tribal lands, similar to language in a bill Bennet had introduced. This will reduce methane emissions, which will protect the climate, restore wildlife habitat and create good-paying jobs, he said.

Bennet highlighted several Western water priorities in this package, including $8.3 billion for the Bureau of Reclamation with $8.3 billion over the next five years. Funds will go to address aging infrastructure such as major rehabilitation and replacement, as well as provide grants to construct smaller surface water and groundwater storage projects. At least $1 billion will go for water recycling and reuse. Another $1 billion will fund Rural Water Projects.

Another $500 million will go to the U.S. Department of Agriculture Natural Resources Conservation Service Watershed and Flood Prevention Operations (PL-566 projects) to help reduce the project backlog. DTN had highlighted in June how the USDA watershed program addresses both drought and flood risk in rural areas, as well as expanding rural drinking water supplies. (https://www.dtnpf.com/…)

Another $8.58 billion in the bill goes for carbon capture, including $2.5 billion for the Department of Energy to develop commercial-scale projects. Yet, certain companies such as Green Plains Energy are already working on carbon capture projects, including pipelines that would send carbon to certain states that have already approved carbon-capture laws such as North Dakota and Nebraska. Politico noted major oil companies "such as Exxon Mobil and Chevron Corp. are pursuing to offset their carbon footprints."

Bennet noted in his news release the bill includes the Carbon Capture Improvement Act, "which will make it easier for power plants and industrial facilities to finance the purchase and installation of carbon capture, utilization and storage equipment, as well as direct air capture projects through the use of tax-exempt private activity bonds."

The bill includes $7.5 billion for electric charging stations, which is just a small percentage of what Biden had proposed earlier in the spring. Biden originally wanted to build out 500,000 charging stations nationally. 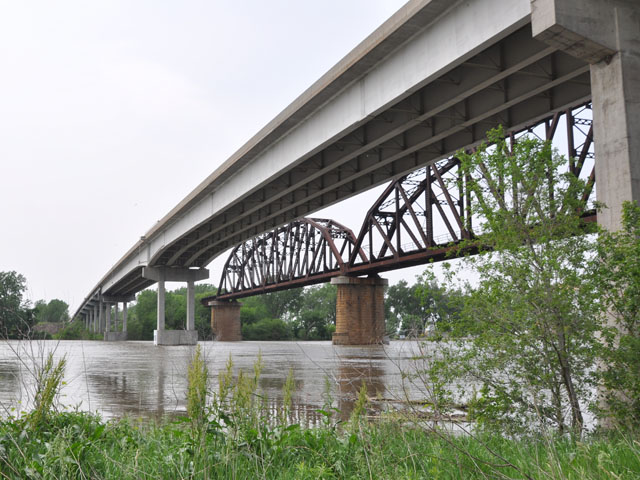