OMAHA (DTN) -- After months of negotiations, the Senate late Wednesday voted to move ahead with debate on an infrastructure plan that will pump $550 billion more into physical infrastructure nationally such as roads, bridges, water projects and mass transit.

The infrastructure plan is a key part of President Joe Biden's agenda. In a statement, he stressed the infrastructure projects would become "the most significant long-term investment in our infrastructure and competitiveness in nearly a century." With 17 Republicans joining all 50 Democrats, Biden also credited his own support for bipartisanship to advance a major infrastructure deal that has eluded Congress in the past.

"Neither side got everything they wanted in this deal," Biden said. "But that's what it means to compromise and forge consensus, the heart of democracy. As the deal goes through the entire Senate, there's still plenty of work ahead to bring this home."

The biggest shift for Republicans came Wednesday when Senate Minority Leader Mitch McConnell, R-Ky., said he would support the bipartisan package that had been negotiated. That opened up some GOP stalwarts such as Sen. Chuck Grassley of Iowa, John Hoeven and Kevin Cramer of North Dakota and Lindsey Graham of South Carolina to be among those who voted to advance debate on the bill.

Highlighting the economic potential, the White House stated the investments from the infrastructure bill would add, on average, about 2 million jobs per year over the next decade. The Biden administration also stressed the legislation would be a down payment on work needed to tackle climate change.

Specific bill language is still being written. Details highlighted $110 billion in new funding for roads and bridges over the next five years, citing a need to fix 173,000 miles of poor roads and 45,000 bridges in bad condition. At least $40 billion will be set aside specifically for bridge repairs and replacements, which the White House stated would be the largest investment in bridges since the first national highway bill under Dwight Eisenhower's administration in the 1950s.

In a priority for rural America, the bill will include $65 billion for high-speed internet access with the Biden administration noting that 30 million Americans live in areas with no broadband infrastructure, "a particular problem in rural communities throughout the country," the White House stated.

Another key area for agriculture that will see an injection of investment is port and waterway infrastructure. The bill carves out $17 billion to upgrade ports and waterways. Another $25 billion would go for airport repairs and expansions as well, with the White House noting the investment would also "drive electrification and other low-carbon technologies" for aviation. The port, airport and freight expansion should help remove bottlenecks in shipping products globally.

Other water infrastructure investment, nearly $50 billion, will go to help deal with extreme weather challenges facing western states, including projects to help agriculture deal with drought. At least some of those funds would also be set aside to deal with technical problems such as cyberattacks against critical infrastructure. Sen. Jeff Merkley, D-Ore., highlighted $500 million will go towards watershed projects to help with funding for irrigation modernizations in dry areas such as Oregon. Another $55 billion will go to address drinking water in communities around the country such as replacing lead pipes and dealing with chemical pollution challenges.

Pointing to the Texas power outages last winter, the White House also stated the bill would spend $73 billion to upgrade the electric grid with a heavy emphasis on clean energy.

While biofuel groups have raised concerns about major investment in electric vehicles, the bill would spend $7.5 billion for electric charging stations nationally. That is greatly scaled back from Biden's original plan, which would have built out 500,000 charging stations.

Debate on the bill will continue through next week in the Senate with more details as actual bill language is released. As both chambers of Congress get ready for their August breaks, politics will continue to get injected into the infrastructure plans. Former President Donald Trump on Wednesday railed against the infrastructure deal, criticizing the 17 Republicans for siding with Democrats to get past the 60-vote procedural hump.

"This will be a victory for the Biden Administration and Democrats, and will be heavily used in the 2022 election. It is a loser for the USA, a terrible deal, and makes the Republicans look weak, foolish, and dumb," Trump said in a statement. "It shouldn't be done. It sets an easy glidepath for Dems to then get beyond what anyone thought was possible in future legislation. It will be a continued destruction of our Country. Our Borders are horrible, crime is at an all-time high, taxes and inflation are going way up, the economy is going way down, and now this. Don't do it Republicans -- Patriots will never forget! If this deal happens, lots of primaries will be coming your way!" 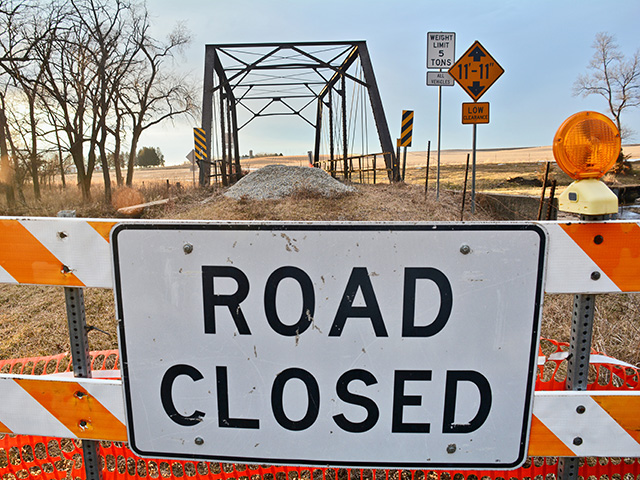