WASHINGTON (DTN) -- In his first in-person meeting with reporters since the beginning of the pandemic, American Farm Bureau Federation President Zippy Duvall on Thursday praised the Biden administration's openness but said his Republican-leaning group vigorously opposes any change in the use of stepped-up basis for the valuation of farm estates.

The Biden administration "has been very open to us," Duvall said, giving Farm Bureau the opportunity to express its views on a variety of topics. "I think the pandemic helped this administration realize how important agriculture is to this country."

He said he was particularly appreciative of Environmental Protection Agency Administrator Michael Regan, who spoke to Farm Bureau's state presidents and said he believes Regan's promise to seek input into rewriting the Waters of the United States (WOTUS) rule.

If the Biden administration combines the Obama and Trump era WOTUS rules, Farm Bureau might support it, Duvall said. But "if they attempt to take navigable out of there, it is probably going to be a deal breaker to us."

The Biden administration, which has proposed eliminating stepped-up basis to raise money to pay for its proposals to expand social programs that may be passed through the reconciliation process, has said it would include an exemption that would cover most family farmers.

But Duvall said the exemption proposed would not cover enough farmers and eliminating stepped-up basis would also hurt small businesses.

The administration, Duvall said, needs to understand the importance of keeping farmers in business.

"Is food security important in this country?" Duvall asked.

"If a farm is sold it will go to development or interests from other countries," he added.

Farms and small businesses buy and sell land all the time and changes to stepped-up basis might stop people from buying land, he added.

For more on stepped-up basis, see: "Republican Senators Say Farms, Ranches Would Be in Crosshairs of Democratic Tax Plans" https://www.dtnpf.com/…

Duvall noted he met this week with Tatiana Clouthier, Mexico's secretary of the economy, and Esteban Moctezuma Barragon, Mexico's ambassador to the United States, at their request, and it was a "constructive" meeting.

Duvall said Clouthier told him Mexicans have no problem with the use of genetically modified feed for animals, but the Mexican people don't want "technology" in the corn they eat.

Duvall said he urged Mexico to return to a science-based approach to corn produced for both human consumption and animal feed.

They also discussed the conflict over Mexican exports of fruits and vegetables to the United States. He noted that Mexico looks at national statistics on the value of sales, but that when he is in the southeastern states, the farmers believe Mexican products produced with cheaper labor are being dumped.

In a news release, Duvall added, "Beyond agricultural trade, I conveyed the seriousness of the situation for farmers and ranchers along our southern border who face an influx of migrants crossing their properties.

"I shared the heartbreaking stories about migrants left abandoned, dangerous smugglers on the run and the concerns of farmers and ranchers for their families' safety and their farms' security when homes are raided, fences are destroyed and water supplies are compromised. I was pleased to hear about efforts in Mexico to slow migration along their southern border from Central and South America and to increase border security along their northern border. Still, more must be done to address this crisis."

ON CONSERVATION AND CARBON MARKETS

Duvall said Farm Bureau supports the efforts of Senate Agriculture Committee Chairwoman Debbie Stabenow, D-Mich., to add $50 billion for conservation, which would become part of the farm bill baseline, as long as it does not come from Title I basic farm subsidy programs.

"Title I is still so important to our farmers," Duvall said. "The cornerstone of the farm bill is risk management programs, anything that would take away from those programs -- we would be extremely concerned."

Farmers are interested in participating in voluntary conservation programs, but Farm Bureau doesn't want those programs to "interfere with the programs that are the rock of the farm bill," he said.

Of the role that the Senate-passed Growing Climate Solutions Act would play in helping USDA establish carbon markets, Duvall said farmers are trying to "muddle through" carbon markets and USDA should be "a referee."

Duvall said also that if he were buying carbon, he would want to make sure "I was getting what I was paying for."

As a small farmer, Duvall said, he would want to go to the Farm Service Agency office or the county extension agent for advice on carbon markets, not to a lawyer.

Duvall said he has not had any conversation about the issue with House Agriculture Committee Ranking Member Glenn "GT" Thompson, R-Pa., who has criticized the bill.

But he added believed Senate Agriculture Committee Ranking Member John Boozman, R-Ark., had provided the leadership necessary to make sure the bill is a good one and that he hopes the House will follow suit and pass it.

Broadband internet service is also vital to establishing carbon markets, Duvall said, adding he doesn't know if the current proposal of $65 billion for broadband is enough to bring high speed internet service to all of rural America. Service must go beyond the small towns to the farms, he added.

On debt relief for minority farmers, Duvall said Farm Bureau is "concerned" about the way the Biden administration went about it.

Asked about programs to protect farmworkers from heat and fires, Duvall said he does not know of any farmers who would send workers into the field if it harms them.

But he added that if storm clouds were approaching when he was a child, "my daddy would work us hard" because "you have crops out there that can't wait." 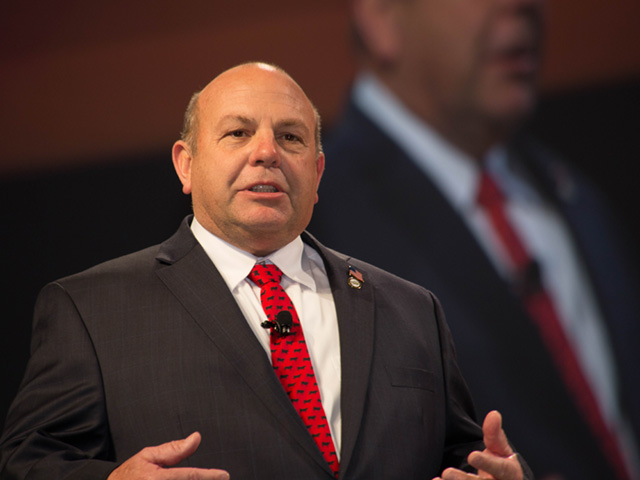