LINCOLN, Neb. (DTN) -- As the Biden administration takes steps to end a Trump water rule, an Idaho couple that successfully won an appeal before the Supreme Court is fighting to prevent the EPA from regulating wetlands that do not abut navigable waters.

The Supreme Court ruled in 2012 that Mike and Chantell Sackett have the legal right to appeal a Clean Water Act determination on their property. The couple obtained a county permit to build a home in 2005, but EPA claimed the property contained wetlands and ordered the Sacketts to return the land to what EPA said was its original state or pay penalties -- all without the ability to challenge EPA's wetland ruling.

The Sacketts asked the U.S. District Court for the District of South Carolina this week to not return the Trump rule to the agency for a rewrite as it pertains to adjacent wetlands.

The Trump water rule replaced the 2015 waters of the United States, or WOTUS, rule. The 2015 rule regulated isolated wetlands that could be proven to have a significant nexus to navigable waters, even if wetlands didn't actually abut navigable waters.

In an attempt to protect their interests in the current water rule litigation, the Sacketts told the South Carolina court the EPA and U.S. Army Corps of Engineers cannot legally regulate wetlands unless they abut navigable waters. The court has not yet ruled on whether to allow the couple to intervene in the case.

"The controversy in this case centers on the United States Environmental Protection Agency and the United States Army's decades-long attempt to define 'navigable waters' within the meaning of the Clean Water Act," the Sacketts told the South Carolina court.

"Plaintiffs' case rests on the claim that the agencies engaged in discretionary decision making when they adopted the rule and that they abused their discretion in so acting. This is incorrect as to the rule's definition of 'adjacent wetlands.' A plain reading of the text of the Clean Water Act, as authoritatively interpreted by the Supreme Court, precludes the agencies from regulating wetlands that do not directly abut other regulable water bodies.

"The agencies have no discretion to extend their regulations beyond that limit, and so their decision not to include most non-abutting wetlands was compelled by statute and was not a discretionary decision."

In 2012 the Supreme Court ruled in the Sacketts' favor in a lawsuit against the EPA, providing farmers and other landowners a way to challenge Clean Water Act determinations. Prior to that ruling, landowners were unable to legally challenge determinations.

The administration has been trying to end litigation on a variety of cases challenging the Trump rule. The Sacketts have motioned to intervene in a number of similar cases on the rule in an attempt to convince a court to address the merits of their original case -- something a court has not done.

In April 2020, EPA said in a statement to DTN the agency believed the Sacketts' case was closed. The couple was concerned the agency might later declare the property a wetland.

The Sacketts asked the U.S. Court of Appeals for the Ninth Circuit to declare the jurisdictional determination on their property violates the Clean Water Act and "fails to establish that the Sacketts' vacant lot is actually federally protected 'navigable waters.'"

In May 2020, the Ninth Circuit rejected an EPA appeal to prevent the Sacketts from having the legal merits of their case considered by a court.

The South Carolina Coastal Conservation League alleged in the April 2020 lawsuit the EPA and the Corps of Engineers completed the rule based on "political winds and currents. In July 2020 the group asked the court to vacate the Trump rule arguing it was "arbitrary, capricious and unlawful." 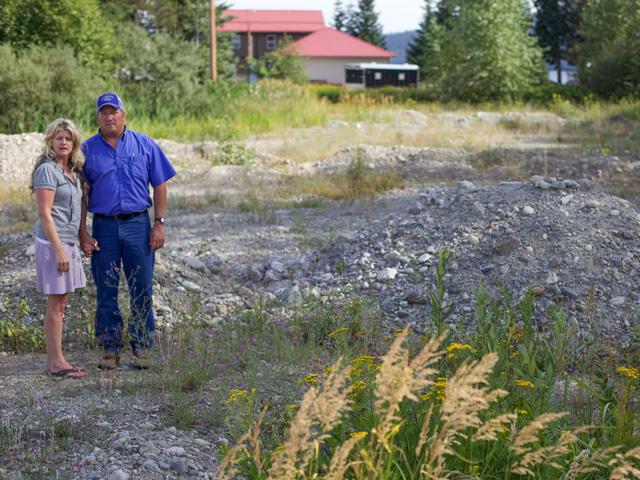