OMAHA (DTN) -- The plaintiffs in one of several lawsuits challenging the Navigable Waters Protection Rule have asked a federal court to vacate the rule.

In a motion for summary judgment filed at the end of last week, the South Carolina Coastal Conservation League alleges the EPA's new rule is "arbitrary, capricious and unlawful" and asked the U.S. District Court for the District of South Carolina to throw it out.

The South Carolina Coastal Conservation League alleged in its lawsuit in April that the EPA and the U.S. Army Corps of Engineers completed the rule based on "political winds and currents."

The rule, published in the Federal Register on April 21, is alleged by the groups to have the effect of "dramatically reducing the universe of waters protected" by the Clean Water Act.

In its motion for summary judgment, the South Carolina Coastal Conservation League said the protection of the nation's waters are at stake.

"The rule challenged here is an arbitrary reversal of agency policy that removes the Clean Water Act's safeguards from millions of stream miles, tens of millions of wetland acres, and important recreational lakes and drinking water reservoirs like South Carolina's Lake Keowee, all in violation of the Administrative Procedure Act and the Clean Water Act," the motion said.

"If this rule stands, developers, industry, or anyone else can pollute, fill, or pave over these waters without federal permit protections provided by the CWA. At stake is the integrity of our nation's waters, including headwater streams, coastal wetlands, and public lakes across the region and country that have been protected by the CWA as 'waters of the United States' since the act's passage."

The motion argues the agencies did not apply their "scientific expertise" in creating the new rule.

"Not only did they jettison the science and data underlying past definitions of 'waters of United States,' they also engaged in arbitrary line-drawing with inconsistent and unpredictable results that make no sense on the ground," the groups said.

"The rule's promulgation and its irrational outcomes epitomize 'arbitrary and capricious' rulemaking prohibited by the APA (Administrative Procedure Act). By creating a rule that eliminates federal jurisdiction from vast numbers of streams and wetlands whose degradation will harm the nation's waters, the agencies also violated the CWA (Clean Water Act)."

The lawsuit filed by the New Mexico Cattlemen's Association alleges both the 1986 regulation and the new rule illegally regulate non-navigable ponds, wetlands and tributaries. 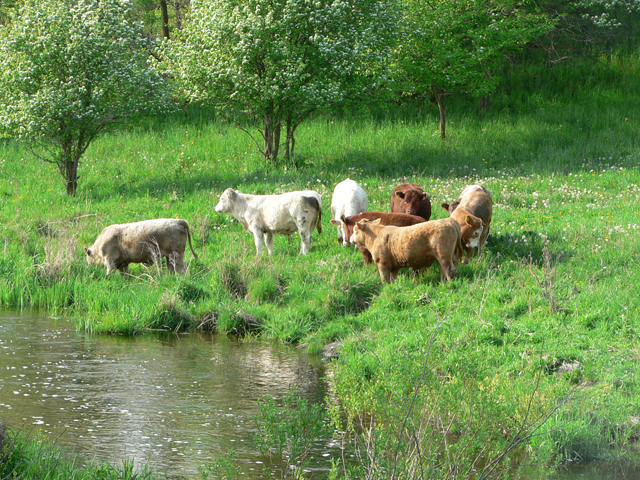