LINCOLN, Neb. (DTN) -- Federal attorneys for the U.S. Army Corps of Engineers argue the use of structures to maintain the navigation channel on a 195-mile stretch of the Mississippi River from St. Louis, Missouri, to Cairo, Illinois, complies with the Rivers and Harbors Act in reply to a lawsuit alleging mismanagement of the channel.

In a cross motion for summary judgement filed in the U.S. District Court for the Southern Illinois District, the Corps asked the court to reject complaints of alleged mismanagement of the channel and rule in the government's favor.

The government's motion notes the stretch of the middle Mississippi River between the confluences of the Missouri and the Ohio rivers is an area where Congress tasked the Corps with maintaining navigation primarily by building and maintaining structures that use the river's force to scour a navigation channel. "The Corps used its expertise to review numerous, highly technical elements of the project and adopted an alternative that minimizes both new structures and dredging in a manner that is consistent with Congress's directives."

The Mississippi River is the most critical export channel in the U.S. for agricultural goods, accounting for 57% of corn exports and 59% of soybean exports, according to a 2019 USDA report. That study called for more investment in lock and dam infrastructure over the next decade to maintain a competitive advantage in agricultural exports to key markets such as China. Those increased infrastructure investments, however, are tied directly to Corps projects on the river.

The Corps motion was in response to a motion for summary judgement filed by conservation and wildlife groups in March.

That lawsuit alleges recent flooding in the Mississippi River basin could have been avoided had the Corps better managed the stretch of river.

Summary judgement occurs in a civil case when one party wants to move to a court decision without a trial. Such a decision can happen only when two parties agree to the critical facts of a case.

The lawsuit filed by the National Wildlife Federation, American Rivers, Prairie Rivers Network, Missouri Coalition for the Environment and Great Rivers Habitat Alliance, points to the continued construction of river-training structures as a reason for narrowing river channels in the Middle Mississippi River.

River-training structures include dikes, weirs and chevrons, and placement of bank-hardening works known as "revetments."

The groups' motion for summary judgement argues the Corps allegedly "failed to consider" alternative approaches that would be less costly to the environment.

The Mississippi River watershed drains about 1.2 million square miles, including all or part of 32 states. 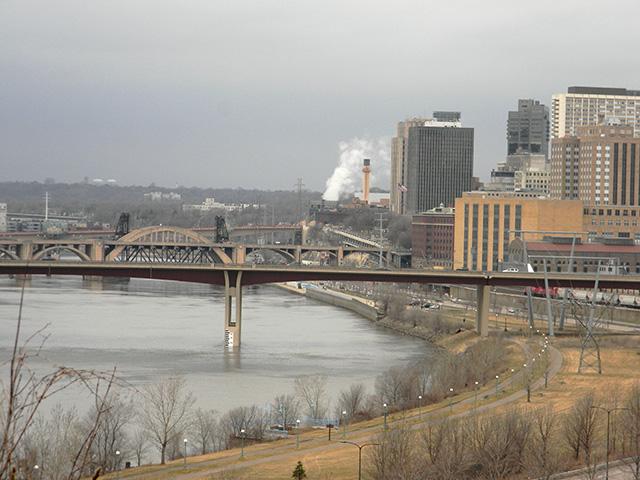