The vote to advance the $16.1 billion aid package was 25 to 23, along party lines. Republicans argued they had not been allowed to help craft the provisions, which will become part of a $1.9 trillion stimulus and aid package.

House Agriculture Committee Chairman David Scott, D-Ga., and the Democratic chairs of the subcommittee praised the package when it was released. The package includes $5 billion in aid for supply chain challenges related to COVID-19 and direct aid going mainly to farmers of color and an extension of higher benefits under the Supplemental Nutrition Assistance Program (SNAP) and other nutrition provisions.

The package had its origins in the Biden-Harris transition team and in a bill Sen. Cory Booker, D-N.J., and others have proposed to help Black farmers.

But House Agriculture Committee ranking member Glenn "G.T." Thompson, R-Pa., started off the hearing with an opening statement in which he said, "Mr. Chairman, it is with a measure of regret that we begin our tenure together marking up this reconciliation bill.

"The members of the Ag Committee have long prided ourselves on our bipartisanship. We have worked together to find commonsense solutions to help agricultural producers, families in need, and both rural and urban communities. Unfortunately, today's business charts a different course.

"Rather than spending time to work with Republicans, the Democratic leadership in the House and Senate are abusing the reconciliation process to jam through a very narrow, partisan agenda with the barest of majorities."

Thompson also called on Chairman Scott to jointly call on the Biden administration to unfreeze payments to farmers under the Coronavirus Food Assistance Program (CFAP), which were frozen shortly after Biden took office. Thompson said the funds should be unfrozen "so they can provide immediate assistance to farm families."

After more than six hours of debate on Republican amendments, Rep. Rick Crawford, R-Ark., and Thompson both said they were disappointed in the highly partisan nature of the proceedings.

"You have not had a more bipartisan partner than David Scott in my years here," Scott said.

"I know what is in your heart in terms of bipartisanship," Thompson responded. "That is why this markup is so disappointing."

One provision in the bill would waive up to 120% of USDA farm loan debt for minority and socially disadvantaged farmers. The extra 20% is provided to offset any tax liability that would come from having the debts canceled. With that provision, Rep. Austin Scott, R-Ga., (no relation to Rep. David Scott) questioned whether the debt relief would apply to women farmers, or would they have to be women farmers of color to qualify. Rep. Austin Scott argued that paying off the outstanding loans for a certain set of farmers would lead to court cases.

"You know as well as I do this is going to lead to a reverse discrimination lawsuit. USDA is going to end up paying on 120% of all outstanding USDA loans. There is case law on this. It cannot be done," Rep. Austin Scott said.

Rep. Austin Scott also said USDA had settled discrimination cases against Black farmers in a pair of settlements, the latest including $1.2 billion in 2010 in what were called the Pigford cases.

Only one Republican amendment appeared to win approval. That occurred when Rep. Cindy Axne, D-Iowa, voted with the Republicans in favor of an amendment offered by Rep. Randy Feenstra, R-Iowa, to make payments to farmers related to losses of crops, including losses due to high winds or derechos.

"When I came to Washington, I promised to never let partisan politics get in the way of helping Iowans," Axne said in a statement to DTN.

"This amendment will allow Iowans who saw their livelihoods devastated by last year's derecho get the support they need to recoup their losses. By allowing them to access this aid, we keep them on the road to recovery -- especially during a global pandemic and economic recession.

"No issue should gain more bipartisan support than helping those who are struggling through no fault of their own, and I will always put Iowa first."

"The relief that Congress has offered Americans families and businesses over the last 11 months has proven pivotal to their ability to ride out the pandemic," Larew said. "But it has by no means made them whole -- far too many are still barely scraping by, living in a constant state of uncertainty and anxiety. Not only is this not sustainable, but it also isn't necessary; legislators can and should do everything within their power to help those who are hurting right now. We are encouraged that Congress is making substantial progress toward doing just that.

"This package includes a number of meaningful food and agricultural provisions that will help alleviate food insecurity, ensure the health and safety of food chain workers, expedite vaccinations in rural communities, lift up historically underserved farmers, and build resilience in the food system. Individually, these objectives are certainly worthwhile, and collectively they will bring us several steps closer to a full recovery. We applaud the House Agriculture Committee for their efforts and urge the rest of the chamber to provide Americans with much-needed assistance by swiftly passing this bill." 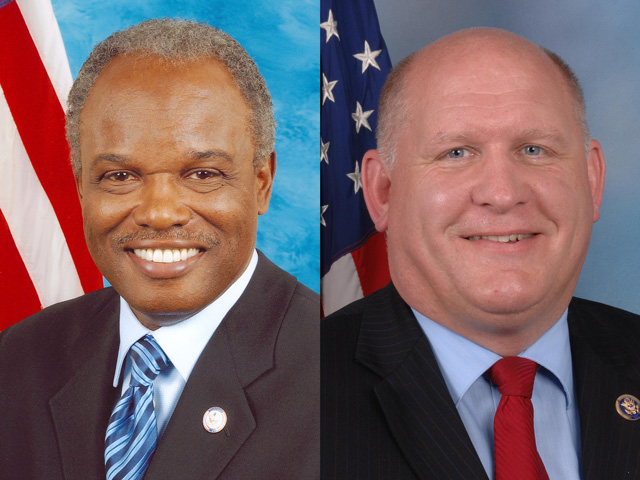